An unremittingly dreich evening — a stiff easterly breeze and misty drizzle.  The water was very murky by usual Linlithgow standards.  Talk was of having to anchor in the deeper area and fish Hi-Ds.  Not what you want to hear when you go along hoping for some summer evening sport with dry fly!  Not much chance of anchoring in the deeper water either – not when 15 boats have beaten you to the spot!

Stewart Barnes and I eventually got out onto the water and headed across to the north west point.  Surprisingly (after the talk) we saw a couple of good rises on the way over.  Bum steer, perhaps?  We set up and, after losing our anchorage a couple of times we got a hold and Stewart quickly got a fish on a Diawl Bach and floating line.  I dropped one and then landed one on washing line and DI-3.  But all the while there was an odd fish rising.  The other boats were landing fish in numbers during this period.  But then the fish went off.  We messed about trying to find a way, but couldn’t get tuned in.  I eventually went on to dries and took a good fish on a figure-of-eighted black hopper.  Stewart changed to dries and we went for a late look in the more sheltered water of town bay.  Stewart got a chance of a cover to a solitary riser and the fish took his half hog no bother – too dark for photos by then – it was 10.15.  With minutes left on the clock, Stewart took another out the blue on the half hog.

Our catches were mostly 0s, 1s and 2s, with Stewart’s 3, John Levy’s 3 to Diawl Bach and cruncher on floating line, and Trevor’s 4 to snatchers on midge-tip, being the best bags. 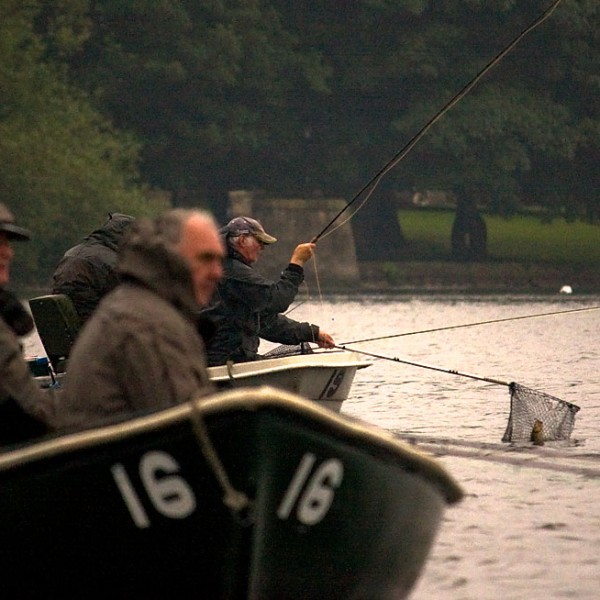 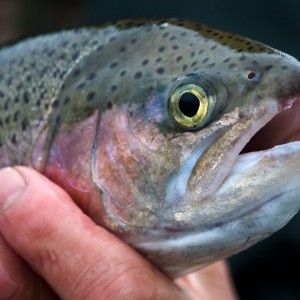 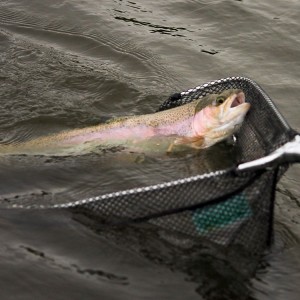 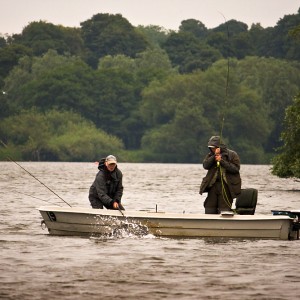