Frandy is a water where I either catch them on dries or struggle to catch them. Fortunately, conditions were good for fishing dries – calm in the morning and a light westerly in the afternoon, with broken cloud cover – and an odd rumble of thunder in the distance.

I fished with Gary Wright, and we had a great day. In the morning we fished around the dam end and there was an odd fish rising. The vast majority were only up once, making it difficult to get interest from covers. However, a few out-the-blue takes got the score board started, and after a while we started to pick up one or two from covers as well. Black Klinkhammer and black hopper were the only flies we used. We kept a few for the pot and spooning showed them to be running on empty.

The boats were concentrated around the dam and by mid-day the fish were getting a bit tired of all the attention. Our catch rate dropped and we took our cue to look for pastures new. We took the boat all the way up to the top end. By this time a light westerly was established and it gave us a drift that lasted the whole afternoon – just drifting the whole length of the north shoreline. We ran into a little pocket of fish every couple of hundred yards, picking up an odd one or two from each group as we went through them. That one drift produced 10 fish for us – albeit a long drift!

Gary hit a purple patch midway along the north shore when he started giving his dries a wee bit movement – just a ba’ hair’s worth. I couldn’t afford to move mine – on 5 lb Tectan it is suicide for me – the takes are too hard and I get broken moving dries on less than 6 or 7 lb Tectan. I was still picking them up static though, and we carried on our marathon drift.

We arrived level with the harbour with about 10 minutes on the clock, and I remembered that on more than one occasion in the past, I had seen rising fish way out in the middle of nowhere when motoring in at the end of the day. With only 10 minutes to go, it was worth a look and we took the boat out into the middle for a last cast. It worked a treat, and we both picked up a last fish apiece before we headed in. 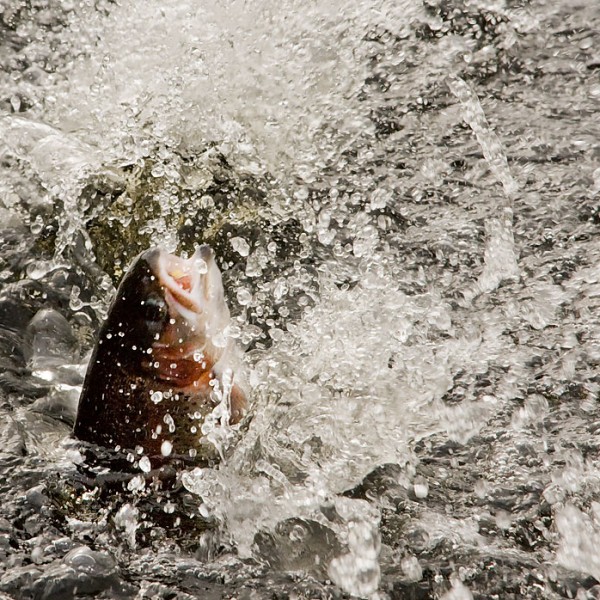 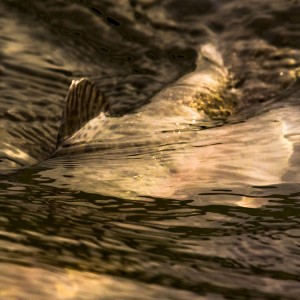 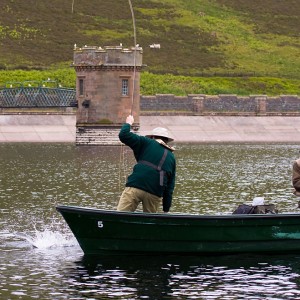 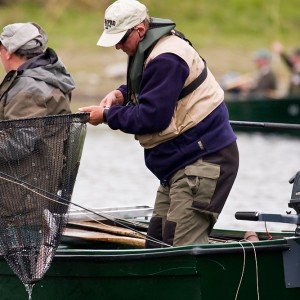 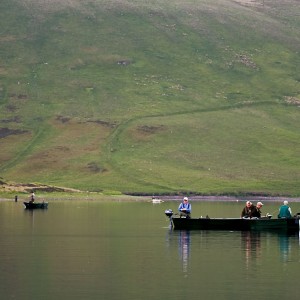 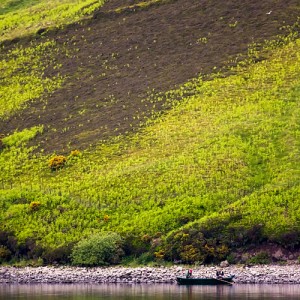 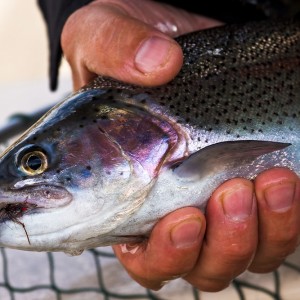 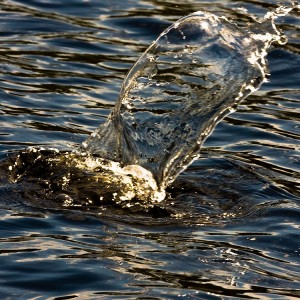 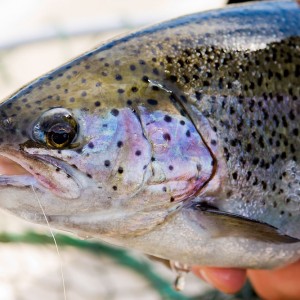