I was looking forward to this outing, having been out fishing mid-week and had to cut the evening short, it being a school night and all. It had been shaping up to a perfect, still, warm balmy night, and the fish were popping all over the water as we drove away. Never mind, I thought, Coldingham on Saturday night – just needs the weather to hold up…

I checked the forecast the next day… 24 mph northerly winds and 9 degrees! Aw feck! How good is that going to be for a fishery perched on top of a cliff on a north-facing coast?

It would be nice to report that in the end, conditions were not too bad but, to be honest, they were the worst I have fished in for at least a couple of seasons. To rub salt in the wounds there was not a cloud to cover the sun the entire night. The average wind speed was not too bad, but the gusts coming up and over the cliff were horrific, and coming from all directions. They were ripping the surface off the water and billowing it up into sheets of spray! The photos don’t do the conditions justice, I’m afraid, but it wasn’t an easy thing to capture.

Euan Cluness and I started in Swing-gate bay, where there was a bit of shelter. Coldingham being Coldingham, there were actually a few fish rising, but we thought any chance to try and fish dries was literally blown out the water. We started on nymphy stuff on floaters, but didn’t get a touch in that spot. Meanwhile, Euan’s dad Peter was fishing with Ed Green, just outside of Swing-gate, and they picked up 3 early fish to cormorants and other mini-lures.

Stewart Barnes, fishing on his own, was another to do best early – having gone up the west arm he wasn’t afraid to have a go with dries, and he picked up 3 of an eventual bag of 4 to a Bob’s bits and half-hog. Tam Forrest and Len Newby fished on a controlled drift around the main bowl and later up the west arm, catching 7 between them on floating lines. Len was on trads (blae & black and Kate McLaren), while Tam was another brave enough to fish dries, taking his fish on a black hopper. Len’s catch included a rainbow at 5 lb and a large brown returned – estimated at 7 lb. Trevor Gibson and Gavin Macdonald also had 7 to their boat in the main bowl, fishing black nymphs on floaters.

Euan and I moved across to the south shore and a switch to figure-of-eighting on a fast intermediate finally brought us our first. Still a bit slow, so we went up the west arm. We dropped anchor in the middle – the swirling gusts revolved the boat through 360 degrees, affording us the chance to fish a wide circle without moving! We were quickly into fish, and got tuned into it being a case of any colour as long as it was black, with tadpoles, cormorants and an 80s throwback – a Montana stone fly – all taking fish. As evening wore on, and the light started to go, a switch to slow intermediates proved a good move.

Top boat was John Levy and Hugh Thomson. They tucked in midway along the north shore. While Hugh had success with a cat’s whisker and midge tip, John was catching on assorted Diawl Bachs, including a gold holo-ribbed one, and the black JC variant pictured below. He also did well with the flash-back black nymph also pictured.

By 10.45 my fingers were too cold to figure-of-eight any more, and Euan was turning blue, so we called it a day.

The Club’s 11 rods landed 38 fish – a testimony to the water on such a poor night for it. 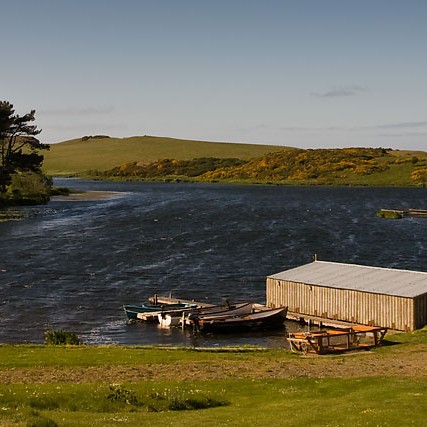 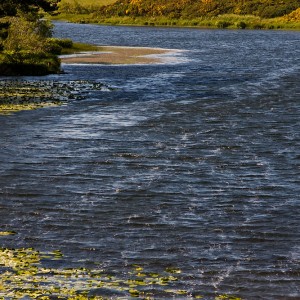 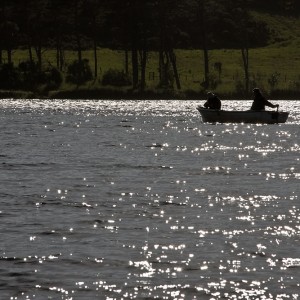 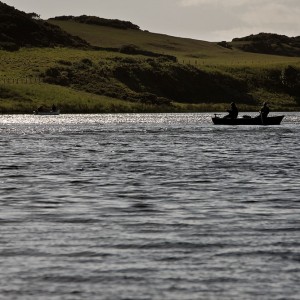 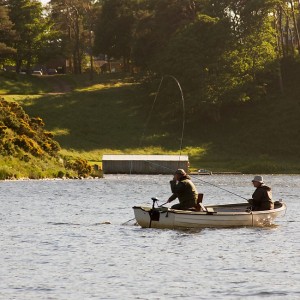 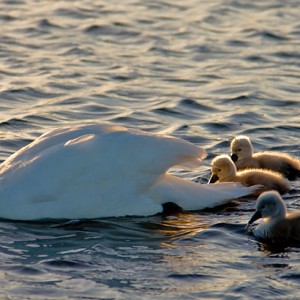 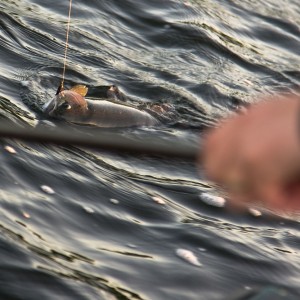 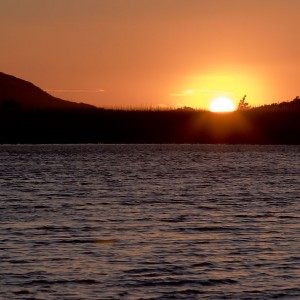 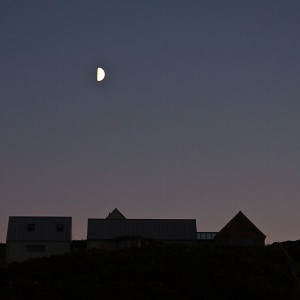 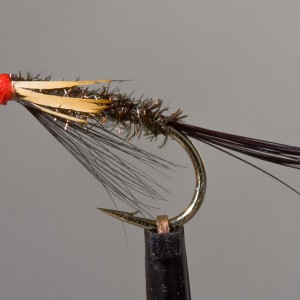 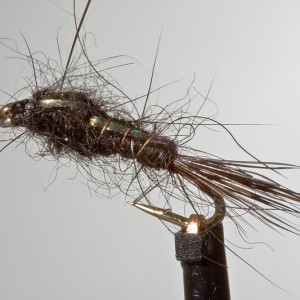