Like Frandy a couple of weeks back, this was a session that looked to be an absolute cracker for getting some quality action to dry fly, but which largely failed to deliver the goods. The water clarity was finally nice and clear, and the word was that buzzers were working well. Stewart Barnes and I started out drifting with buzzers, but when we saw Trevor and Jamie Tocher quickly into a double-up on the ‘taches, we had a go at anchored-up swinging. (Jamie later reported his fish was stuffed with Corixae).

We got ourselves set just in nice time to see it all go quiet to the nymphy stuff. Time for a rethink. The light westerly was dropping to almost total calm, and we started to see fish showing off the west point. So, we tackled up with dries and went over. Stewart quickly started drawing them out-the-blue to half hogs, and landed 3 in quick time. I had a couple from covers with black Klinkhammer and Adams hopper. The second one weeded me up and burst the cast. By the time I retackled, it had gone quiet. Time for another rethink. A light easterly now established itself, and we took the boat up to the north shore and took a drift along it with the nymphy stuff. I put up a team of 3 neutral density suspender buzzers (i.e. suspenders tied to float, but which fail to do so!). Figure-of-eighting them just subsurface drew 4 fish on the first drift, only one of which took hold. Stewart picked up one to a black Diawl bach – all enough encouragement to repeat the drift, which we did, to no effect at all! Time for yet another rethink.

We went back to the west end area. There were a few grousewing sedges coming off, so I had a go with something that would do for fish taking the pupes – a cruncher, a Diawl and a fiery brown snatcher. That was worth but one fish to the cruncher. The light was starting to go now, and in anticipation of the fabulous dry fly action that was going to be had (!), I went back onto the dries. There was indeed a superb rise got going. Just one problem – they were all roach! I ended up sitting on my thumb waiting for a target that wasn’t a wee roach, and just sat and sat. Mistake. One fish took out the blue last knockings – and it fell off at the net – and that was it.

Meanwhile, Stewart made an inspired move. He put an FAB on the tail of his cast. He wasn’t sure whether it stood for fat-arsed bastard or foam-arsed blob. We think the latter. Anyroad, Stewart started pulling the thing in the photo across the surface – a bit like a popping bug, but without the popping. And the fish were falling over themselves chasing after it. Not all of them took, but 4 did, with Stewart landing 3 of them. Amazing stuff. I felt a right idiot sitting there trying to fool them with my imitations of hatching insects when the fish clearly had no interest in them – preferring as they did a speeding fluorescent bung!

Jamie and Trevor finished with 5 between them to the ‘taching tactics. Ed Green and Hugh Thomson took the gamble of going after the rising fish among the weed beds at the west point, taking 4 between them on dries. John Miller and John Levy had a couple to black Diawl bachs, one on a Klinkhammer and one on a kingfisher butcher (you can guess who had that one!) 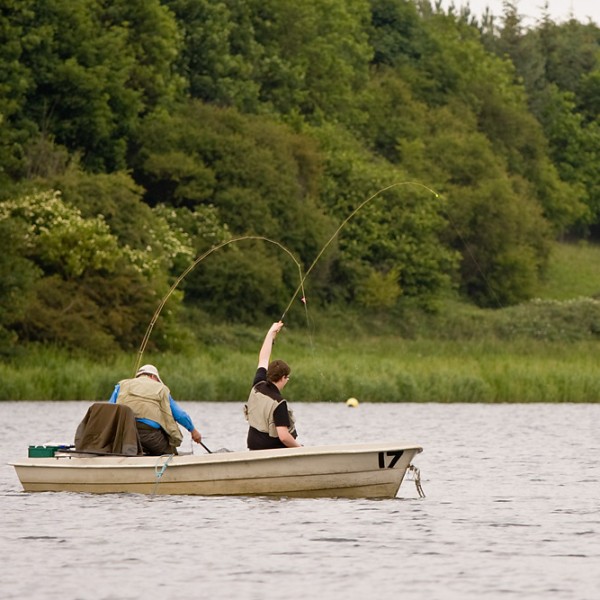 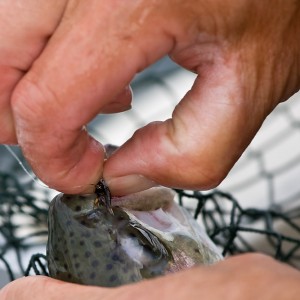 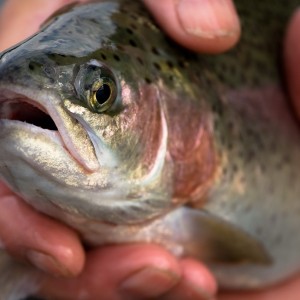 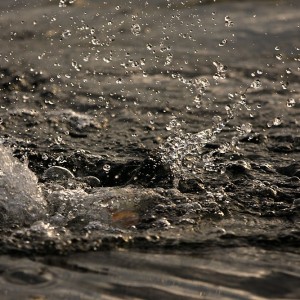 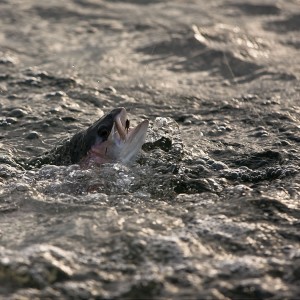 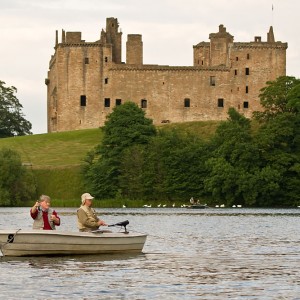 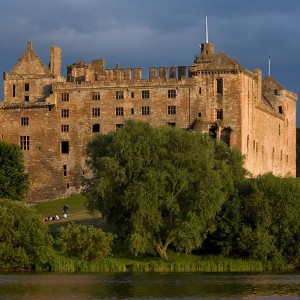 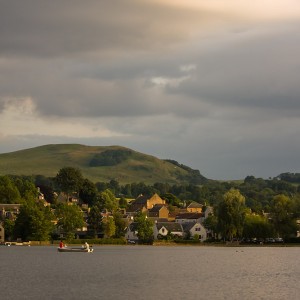 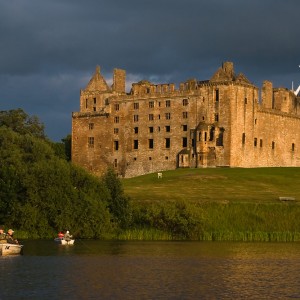 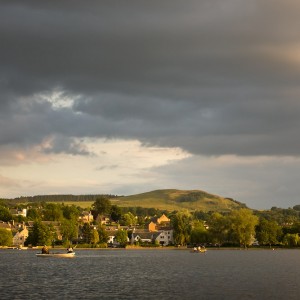 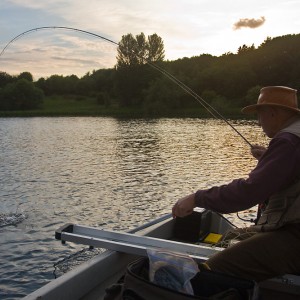 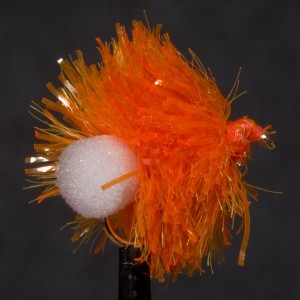