The day was potentially a superb one for a water that has become established as a top dry fly venue. It was calm and overcast – rain in the mix, but never too much of a spoiler. It was cool, coming off the recent cold spell, and took until the last hour or so to warm up. Maybe that contributed to the lack of fly life, and the well below normal number of rising fish to be seen throughout the day.

With very little meat on the water, rising fish were few and far between early on, and it was a case of drawing one up ‘out-the-blue’. There seemed to be a decent enough start for everyone who started out at the dam end – it seemed like everyone there caught exactly one fish.

However, it got harder and harder. I was fishing with Gavin Macdonald, and we decided that we would be better to look elsewhere. We took it up the water, looking in at one or two points on the far bank, including the wee creek on the elbow. Nothing much happening. We went on, right up to the skinny end. When we got to the top end, we ran into Dougie Skedd and Jamie Tocher, already a step ahead of us. They reported having had rising fish to throw at when they arrived, though it had since got quieter. We tucked in, and gave it a minute or two to settle down. After a bit, we started to see the odd fish. Gradually we started to make inroads, though by now there were 4 boats in the area – a tight squeeze – too tight for Dougie and Jamie, and they moved away back down the water.

We stayed with it, and continued to pick up the odd fish when the rain wasn’t too heavy. All Gavin’s fish were coming to covers, including a couple of superb long-range efforts. Nothing was taking him out the blue. Meanwhile, all my fish were coming out the blue – I couldn’t buy a take from a cover! We were getting them to size 14 black flies: Klinkhammers, and Bob’s bits type nondescripts.

It was generally a bit quiet though, and we both put up the other rod and had a plowter with nymphy/lurey/wetty/type stuff for a spell, which resulted in a single addition to our total for Gavin on a buzzer pattern.

The breeze, what little there was of it, turned through 180 degrees mid-afternoon and, now coming from the east, it warmed up a bit (go figure!). That got a few more fish on the pop, and we had some late sport to our dries.

Dougie and Jamie finished with 9 to their boat, with Dougie catching on dries (red and claret Klinkhammer and black gnat), and Jamie on tadpoles on an intermediate. Ian Macdonald and Alan Holbrook took 7 to dries. 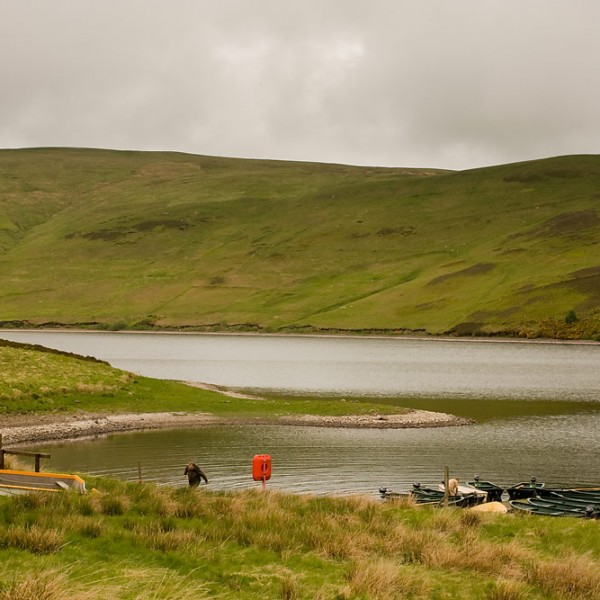 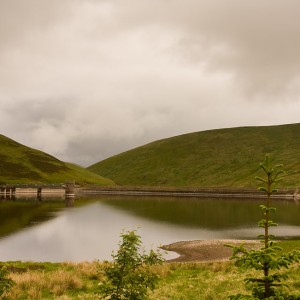 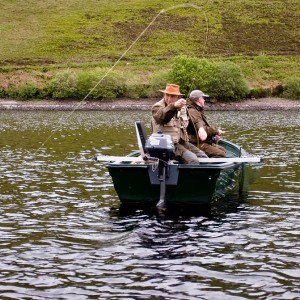 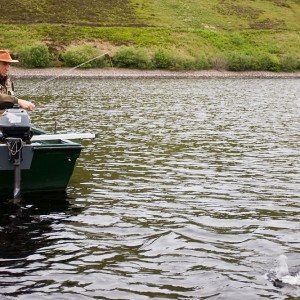 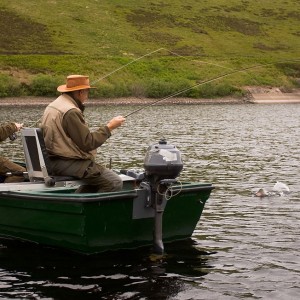 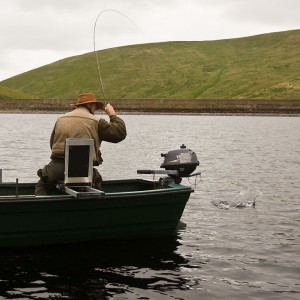 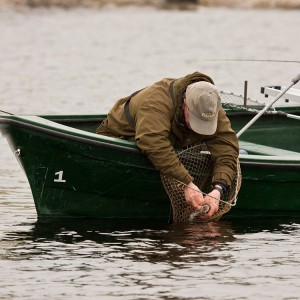 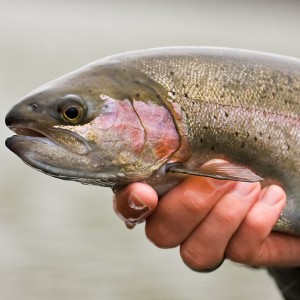 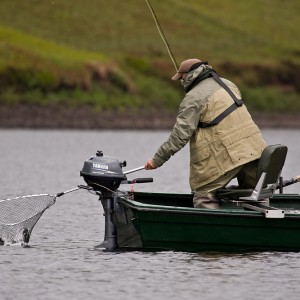 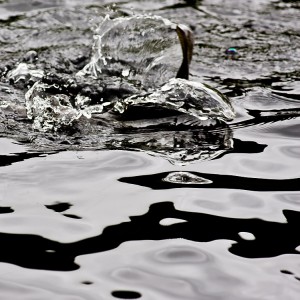 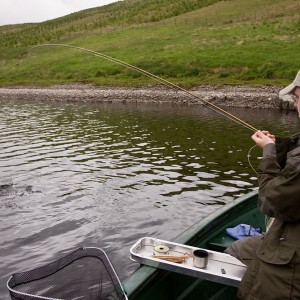 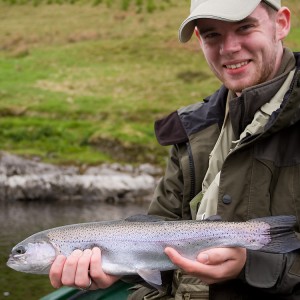