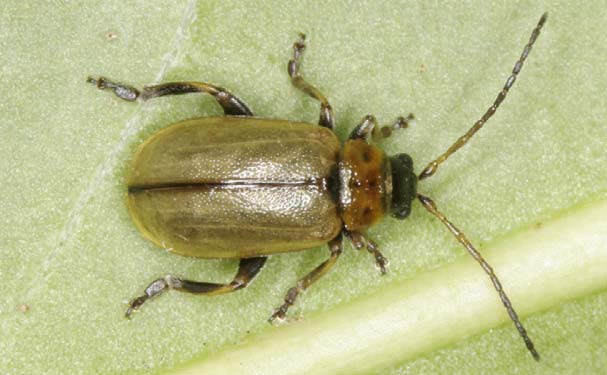 Conditions were similar to those at Linlithgow the previous week, with plenty cloud cover in between some bright blue skies.  The wind, thankfully, was much more benign, which is generally a bonus when you’re fishing upland waters such as Frandy.  However, Kenny, the fishery manger, mentioned the fishing had been slow in the past week, although there was a good head of both resident and stocked fish.  There was little evidence of feeding fish visible from the car park, but the midges were certainly out in force.

A half decent turnout for this outing, given we were in the midst of summer holidays.  Another late call-off unfortunately saw Alan Brown again a single angler for the session (it’s not you Alan!!), Peter Fionda was paired with Jimmy McBride, Dougie Goddard with Trevor Gibson, Alan Duncan and John Gibson, and I was fishing with Club Secretary, Bob Whyte.  Kenny also mentioned the most successful recent set-up was the washing-line, although dries had been working to some extent.

This advice was taken onboard, and floating lines were favoured, with a mix of dries, mostly in the form of emergers and hoppers, and washing lines with nymphs and FABs/Boobies.  In our team, Bob went for dries while I started with a FAB/hopper combination.  The fishery was not overly busy, and boats quickly spread out from jetty, with most favouring drifts onto the dam, and no drogues required.

Bob and I headed left and across to the North shore, setting-up our first drift by the burn mouth.  However, it was clear that with what little wind was about, we were not going to move very far.  Even in the short distance covered, Bob managed a bit of interest to a Dougie Skedd-inspired Klink variation.  We thought it more than likely the interest was from some small browns, but you can never be sure.  Dougie’s Klinks in all their variations are a decent mouthful tied on a size 10, but they have the benefit of a small footprint and account for plenty fish over the course of the season.  There was a bit of terrestrial activity around, with quite a few beetles splashing down.  We saved a few and thought it might be the beast in the photo (a heather beetle?).

We reconsidered tactics and headed towards the narrow end to see if we could catch the top of the wind, hoping for a decent long drift.  When we reached the top end, we got caught in a frustrating vortex, with the wind coming in all different directions across the hills.  No matter how hard we tried, we could not set-up the boat to drift anywhere.  We spent most of the day turning boat seats accordingly, which was OK by us because there were occasional fish around to target.  By now I was also on dries, and we got into a great, action-packed spell with good numbers of quality browns and rainbows.  We also had the benefit of being a lone boat in a fairly big area for most of the day.  Successful flies were olive emergers, hare’s ear F-flies and half-hogs, as well as beetle imitations.  Takes ranged from leisurely rolls to predatory ambush: top quality sport.  Bob’s sore shoulder certainly got a thorough work-out.

Our nine rods managed an impressive total of 70 fish.  Trevor and Dougie had 8 fish; Jimmy and Peter finished with 21; Alan and John had 5; Alan Brown finished with 5.  All came to a variety of flies, with dries the order of the day.