Conditions were bright and cold with a south-easterly breeze.  The swallows had arrived, welcomed earlier in the week by sleet and flurries of snow, but reports were that fishing had been consistently good.  There were fewer fish showing on the surface compared to our previous outing and there was a distinct lack of insect life at the off.  The water was gin clear.  Gareth and Carmel suggested that hot spots were at either end of the loch and in front of the boat house/by the lilies.  I was paired with a new club member Matt Wolstenholme, and felt confident we would have a good day.  I set-up with a floater and washing line cast, with a black booby on the point and small, sparse buzzers; black being mentioned in dispatches.  Matt set-up with something similar.  We decided that we would spend the day drifting to cover the water, so packed the drogue, which we hoped would not be required.  We got off to a cracking start, picking up fish early, and our spirits were raised that we had the method.  The canny rods, however, had different ideas.  Two or three boats anchored-up by the lilies, and two or three others drifted away towards the west end and were seen to anchor-up down there.

We stuck to our plan and drifted the open water, picking-up some cracking fish along the narrows – not too many, but quality, hard fighting rainbows.  Matt landed a clunker of a rainbow that must have been close to 7 lb that took a size 10 olive buzzer.  A few more came to a fluoro green Fab.  It then went quiet for us, as the now easterly wind picked-up… and temperatures dropped.  We then spent the rest of the day chopping and changing lines and flies to no great success.  We could see Trevor in the boat house bay consistently catching with his butterfly fly indicator/buzzer set-up and he ended with an impressive 20 fish.  There were some outstanding catches, particularly for the boats anchored at the far end.  Buzzers, small nymphs and even dry flies scored.  Dave Tyrie had another good outing.  He got anchored close to the hot spot and was armed with an impressive range of skinny cormorants and buzzers, fresh from the vice of Jimmy McBride, which have been wreaking havoc on most fisheries around Scotland. Dave ended up with 24 while boat partner Tommy Stevens had 10.  Bob Whyte had a cracking outing with 29 fish, including one brown, all to black/claret Shipmans and other buzzers.  The best boat by some distance was that of Colin Riach and Derek Kilgour who had an impressive 55 fish.  They had found feeding fish by the west-end reed-bed, dropped anchor, and picked up fish throughout the day.

The outstanding fish of the day fell to Alan Duncan, who was fishing with Stewart Barnes.  Alan landed a pristine, and by all accounts fairly angry, brown trout of around 6 lb to a small buzzer on a floating line.

Our 11 rods landed 179 fish, giving a rod average of 16.3 for the day!  A club record?  I apologise to Matt at this stage for convincing him that we would be better off drifting – we saw a lot more of the loch than most, and had the opportunity to see some nice bankside foliage and get the odd whiff of gorse – but we both ended up below the club’s rod average for the day. 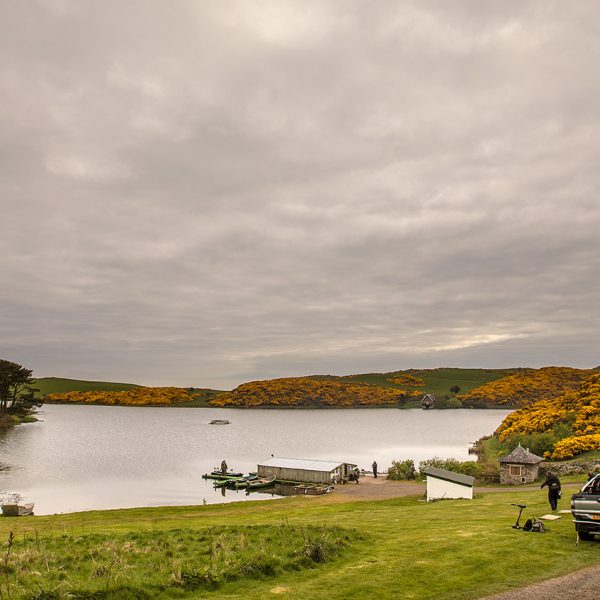 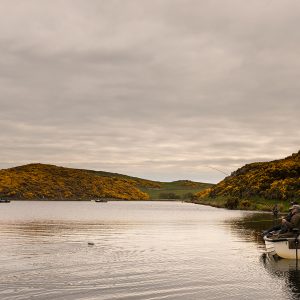 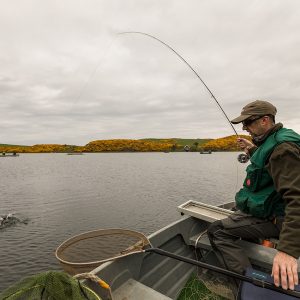 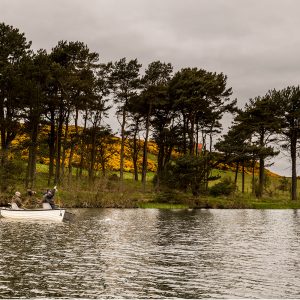 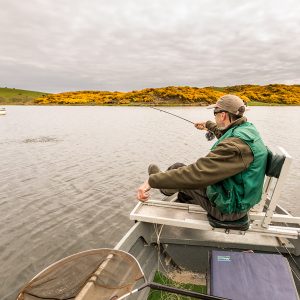 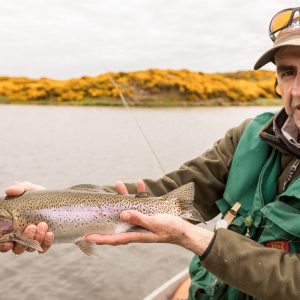 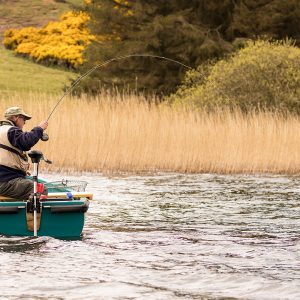 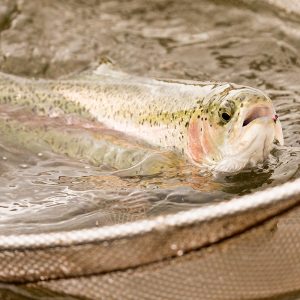 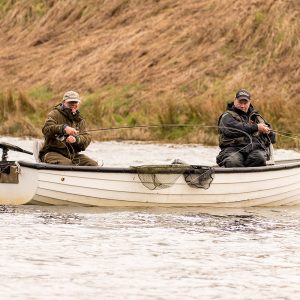