An unseasonably cool day on the east coast… with an easterly breeze!  The air was 17C, but it felt a lot cooler.  The odd blink of sun was very welcoming!  The water was a degree warmer, at 18C, and it was gin-clear.

Gareth reported the fish were on top and dries were working, but some folk were finding it tricky‑going.  Bob Whyte and I set out with dries.  We quickly found rising fish to throw at, but we couldn’t see what they were taking.  We quickly found they were very difficult to interest.  Some of the rises were the surging, subsurfacey type and I wondered if Caenis nymphs were active just under the surface.  I kept thinking about trying a team of tiny nymphs for them, in case that was what they were doing, but then I would see some sipping risers to have a go at and I find it impossible to tear myself away from dries.

About the only thing I saw on the surface were a few dead Caenis spinners, which was another possibility.  I tried a size 16 sparkle gnat on the point with a size 14 hi-viz DHE on the dropper to give me a sighter.  Over the course of the day I had 2 fish to each fly, but I must have been ignored by hundreds to get them.  Bob didn’t fare any better with the shuttlecocks and other dries that he was trying.  I also wondered about phantom pupae being on the go (notoriously tricky), but I suspect we might have seen a few adults and there was no sign of any.

Innes and I headed to the top of the wind, towards Swing Gate Bay, to try and drift over open water.  I had gone with dries, while Innes decided on a combination of nymphs and traditionals on a midge‑tip.  He immediately had a show of interest from a feeding fish, close in.  The fish bow-waved and chased, but did not stick.  I persevered with dries throughout the day, and fish came to a variety of patterns, mostly of the small,l black variety, with a bibio emerger good for a couple, including a nice brown trout.  Innes chopped and changed tactics and deservedly picked up one to a little dry emerger, close by the aerator.

Innes’s quiet day was transformed when he switched back to nymphs and a little damsel accounted for one of the best rainbows I have seen for a very long time.  We thought it close to double figures (it was already about 12lb by the time we reached the car park).  Not content with that, Innes then landed another beauty: baby brother and merely in the 8lb class.  Carmel thought both these fish would have been residents, since their policy is not to stock with really big fish.  We ended with 12 to the boat.  KL

Stephen and I set out with Stephen on the dries and myself on washing line.  We were seeing a good number of fish moving and they seemed to be feeding a couple of feet below the surface.   Within an hour we had moved several fish and I had one on the candy booby.  As the day progressed, the fish became less and less interested in what we were offering them, although Stephen did manage a fish on a green buzzer.  By now I had changed on to dries as I had noticed my big buddy Keith was hammering them with this method.  One more fish was had to this method.  Must have been fishing the wrong water!  We stuck it out till the end but with no further action.

Great day out with a good bunch of guys.  Tough fishing though!  PF 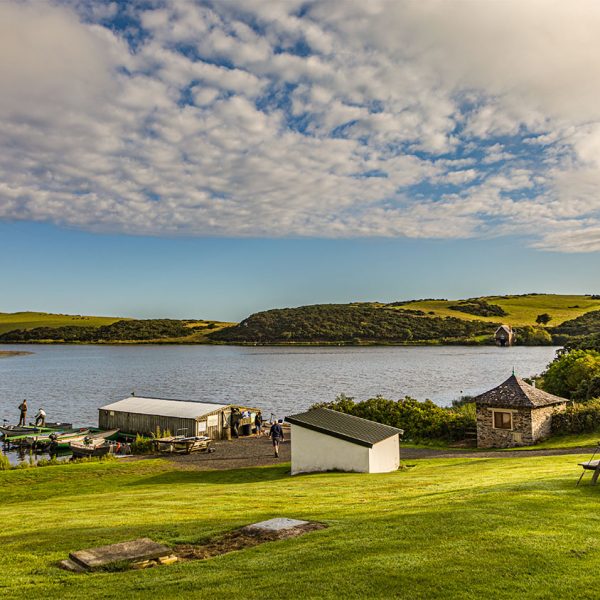 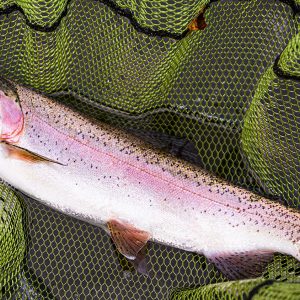 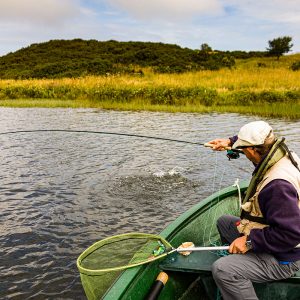 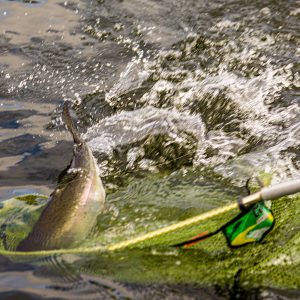 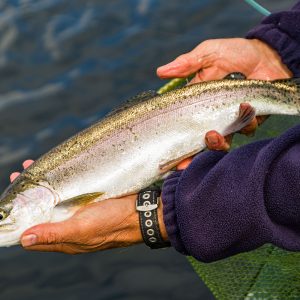 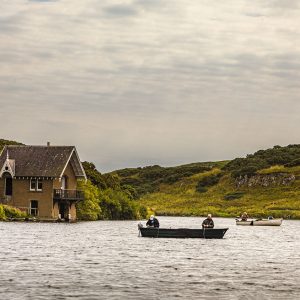 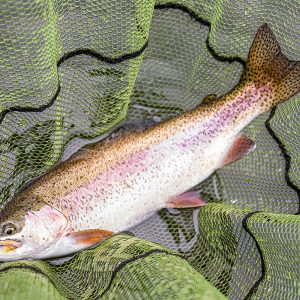 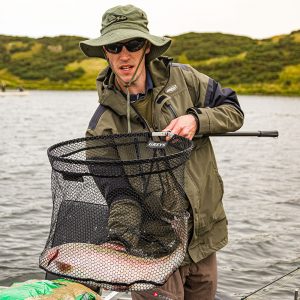 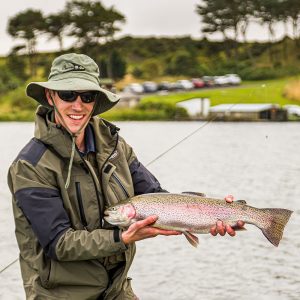 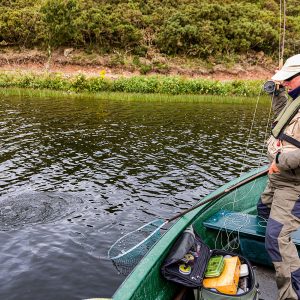 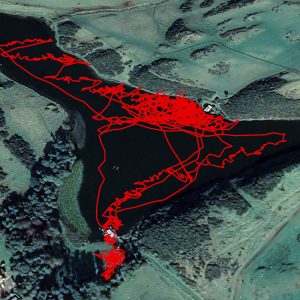