As Jamie Tocher and I drove towards Carron, the chat was all about the weather looking very promising.  We even imagined ourselves drifting out of Carron bay on a soft SW wind, flicking dry flies at moving fish.  However, when we got out of the car at the car park, we were confronted with a cold brisk and blustery SW wind and cold-looking lumpy water – no dry flies for us, so a hasty rethink about lines and flies was required.

I was fishing with Alan Brown, Alan is a guest who hopes to join us at the end of the year.  He is a shooting/fishing chap and good company.  Alan chose to go with an intermediate line and traditional flies – I chose a DI–3 and mini lures – and with this we set out, heading for a wee bay before Binns bay on the south shore.  The swirling, blustery south west wind gave us an erratic drift  along this shoreline. We had two drifts with not a tug for either of us, so we headed for Binns bay, but again not a pull.  As the wind got up a bit, it felt even colder, and we headed for Carron bay and set up to drift along the west shore.

Again nothing, but as we repeated the drift a bit further out, and, much to my surprise, I had a fish on.  It felt like a good fish and when I got it in it was a brownie of about a pound – a nice pale fish that proved I am lucky.  With this encouragement, we repeated the drift, but for far too long.  We then saw Hugh Thomson land a fish.  He and David Bertram were drifting along the SE shore, so we followed them for a while, but the only thing I got was one gentle pull.

Next we headed for the south end of the top dam area.  It was comfortable fishing out of the wind but again not even a pull. Our next plan was to drift, close in, along the west shore. So on went my midge tip with a size 10 black and green nymph and a flashback diawl bach on a dropper.  Close to the old pump house, just down from the dam I had a gentle pull, which I thought was a small brown trout, so I started to horse it in with the intention of getting it back into the water so I could continue fishing.  The fish then woke up and I knew it was not a wee brownie but a rainbow.

When I got it into the net it I saw it was an overwintered fish of about two pounds that had taken the black and green nymph.  It was nice to see it swim away after being returned to the water.  Further along the shore, Alan landed a brown of  just over a pound.  It had taken a Kate, and a few moments later, I got another good brown on the flashback diawl bach.   At this, we looked at the clock – it was time to head for home!

Jamie Tocher had a good day.  Using flies that Trevor had kindly given him, he landed four fish.  Jim McBride was fishing as David Tyrie’s guest and they both had a brace. David Bertram had a good day; he landed eight fish on a DI -3 and an Inky Pinky.  Colin using a DI – 5 sweep line had eight fish, three of which were nice overwintered rainbows, and his boat partner, Dougie Skedd had four.

The class act of the outing must be Adrian Coats – he landed nine rainbows and one brown trout.  He used a DI – 3, muddlers and Vivas and fished in the rougher water about 60 meters out from the western end of the road shore.

The water temperature was 6oC  and the air (out of the wind) was 10oC but with the blustery swirling wind it felt much colder… or am I just getting old?  However, the bonus was, it was not raining.

See you at Coldingham on the 4th May – Oh for decent weather. 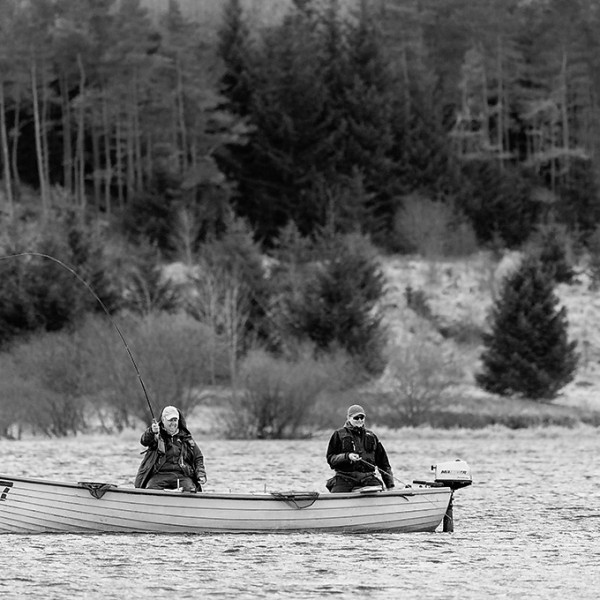 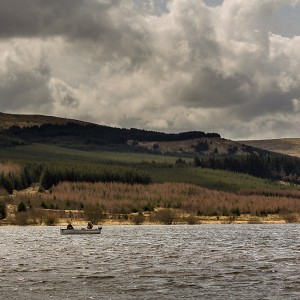 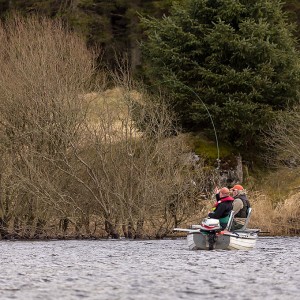 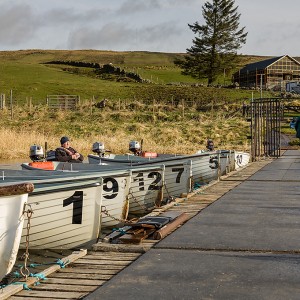 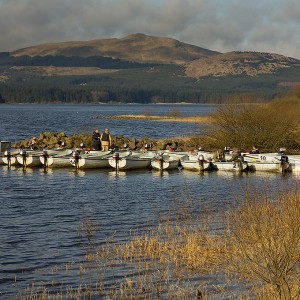 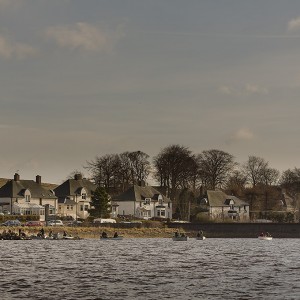 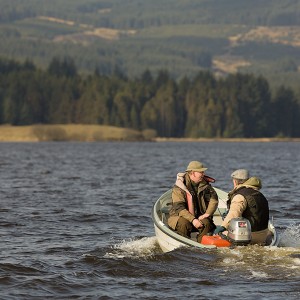 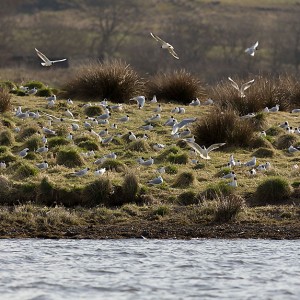 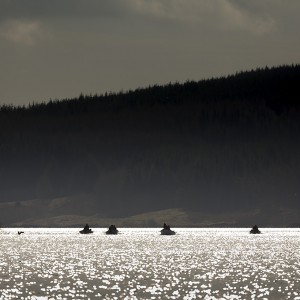 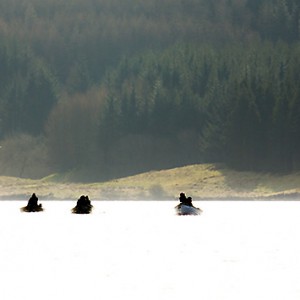 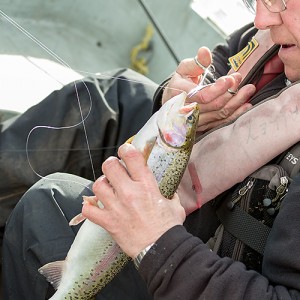 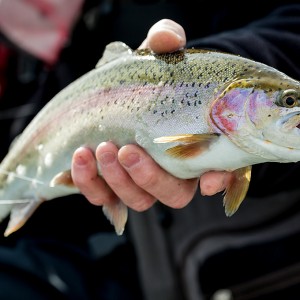 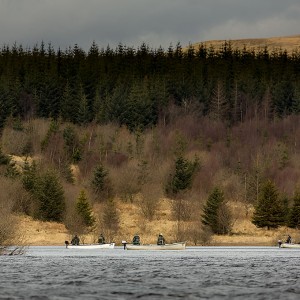 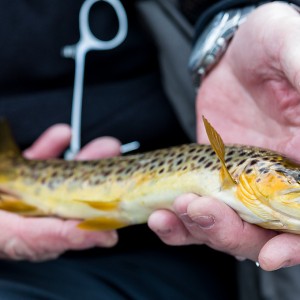