Report and photos by Ed.

On the way to Linlithgow, the weather was fine; it had been raining rather heavily during the night, but the temperature was 14°C, the wind was light from the south-east and we had overcast light – what could go wrong?  Well, quite a lot, but I will tell you about that later…
I was fishing with Eric Singer, and we both went with floaters and buzzers, and after a while I had a fish on a black buzzer and Eric had one on an apple green buzzer.  As it had gone a bit quiet, I started to take snaps of anyone who caught a fish.  I had just changed my flies to four black Diawl Bachs and cast out, when I saw John Levy was into a fish, so I put my rod down and picked up the camera to take a snap of John.  As I did so, I felt a bump on my knee, and as I looked, I saw my rod disappear into the depths.  Eric was quite upset for me.  I on the other hand just felt like a prat – how often have I nagged my friends about putting a rod down with flies in the water?  Eric wanted me to go in and get a spare rod.  No, I said, and I just glowered at the water, hoping my rod would pop up again… it didn’t.  After fifteen minutes or so, John Levy shouted across to me that he had snagged my rod.  He had cast out and covered my line, which was floating.  Up anchor, and I scooted over to John, who was about a hundred yards away.  When I got there, he said that the fish was still on, and handed me the rod.  I moved away from John’s boat and landed the fish.  Now,  I think it is amazing that John picked up the missing rod, as he was a good bit away from the place it went into the water, and it is surprising that the fish was still on, as I was fishing Fulling Mill grab gape barbless hooks!  Who is a lucky boy then?

After that, I caught another three fish and dropped a further three.  It was quite a difficult day for most of us – the conditions were such that you would have expected more action – our fourteen rods had forty-eight fish – an average of 3.43 – not bad, but the day promised more.

John Levy and Bryan Griffiths, both on floaters, had six each.  John used black Diawl Bachs and Bryan used black buzzers.  Both used slow, or static retrieves. This was our best boat with twelve fish.

Our next outing is Frandy on Saturday evening 11th July – 1700 hours until dusk. 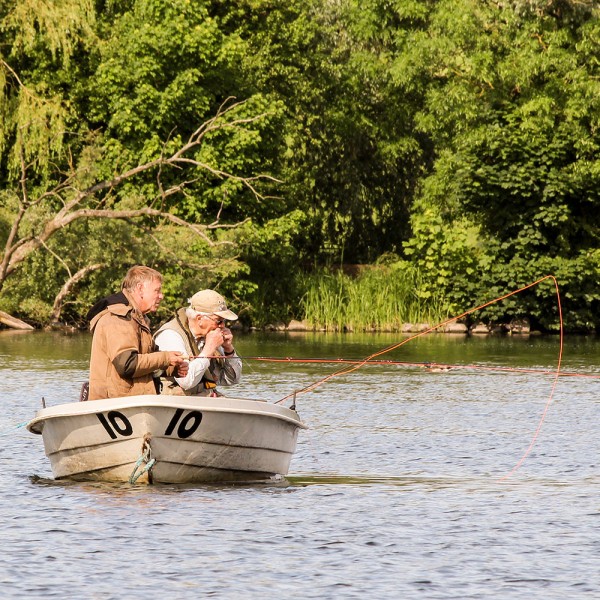 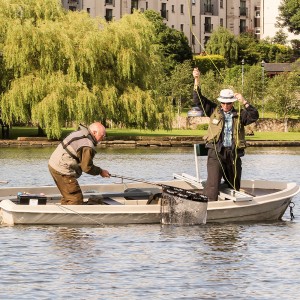 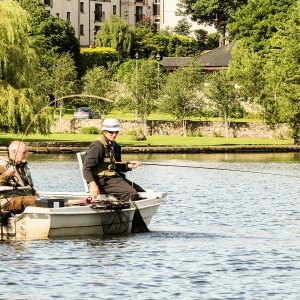 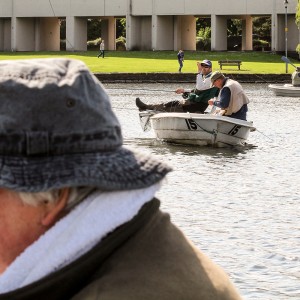 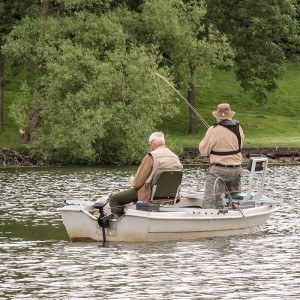 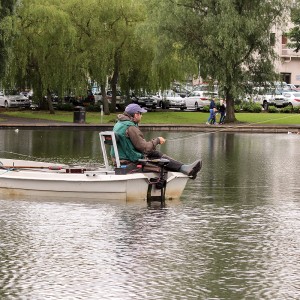