Heading towards the Lake I was thinking of an argument could I put to Elma when she demanded payment for our seven boats. Surely, the majority of our members had the gumption not to venture out on a day of such weather – the forecast was for rain and wind and general discomfort. What we got was much worse; at times on the road I thought I would have to stop, the rain was so heavy I could not see to avoid the puddles and floods. However, when I arrived at the car park the rain had reduced to torrential. So the first thing I did was to slip into my relatively new hydropholic, non-porous, breathable waterproofs with monodirectional chemical groups – and no I do not know what they are talking about but they said that I would stay warm and dry in the worst of weathers – and this I did for a wee while.

You can imagine my surprise when all of our fourteen members turned up – it is heartening to know we have so many optimists in the club.

I was fishing with Nigel Ostrowski – Nigel has recently retired from his practice in Edinburgh and is hoping to join the club, after enjoying his company on such a dreich day, I will be happy to propose him at this year’s AGM.

Huddled in the boat and forgetting it was Monday, we made our way up to the Plantation with the intention of avoiding the non-existent crowds and with the WSW wind we were looking forward to drifting out and along the Heronry. Prior to going out I had taken advice from fishers that I respect and the advice was midge tips and nymphs. Looking at the weather this was very good advice indeed – so I put on a floater and dries, a size 12 daddy on the point and a size 14 loop wing on the dropper. Very few fish were moving but I did manage to move five fish, three of which I got into the net.

Trevor Gibson was fishing with Bob Allan – Trevor had two fish – Bob who was soaked to the skin and very cold departed early, leaving Trevor to fish alone.

Derek Kilgour shared a boat with Alastair Beaton, they also had an early finish – both being soaked and cold – Derek had three fish, two of which were nice blues.

Eric Singer had a nice fish of 2 lbs 8 oz. (He returned one the same size that he didn’t put on his card, as it was foul-hooked – a true sport! Ed.). He was using a floater and a daddy at the Butts. His boat partner, Colin Riach, had three fish – Colin had them on a black hopper fished static at the Butts and Sandy Bay.

John Miller was using a Floater with a FAB and a slow retrieve. He had two fish at Lochend. His boat partner, John Levy, also on a floater with a FAB on the point and Diawl Bachs above it, had seven.

Dougie Skedd was fishing with Alasdair McKechnie – Dougie had three fish from the road shore – he had a Mid Glass line and a FLUE BRUSH fly. Alasdair landed one at Kate’s Brae.

David Tyrie and his boat partner David Bertram fished Shear point, Lochend and Sam’s point. Both had midge tip lines and small 2-tone FAB’s and Dawson’s Booby’s and used varied retrieves. With this set up, David T had nine and David B extracted eleven fish – a splendid effort on such a miserable day.

Back to my wonderful waterproofs – coming off, my bum felt wet and cold, but this could have been due to anything, my arms felt cold up to my elbows, this could have been due to water seeping up my sleeves. However, when I took the waterproofs off I discovered that every item of clothing I had on was ringing wet – back to the drawing board. (Next time get the hydrophobic material, not the hydropholic! – Ed.)

So now we can look forward to Leven on the 30th (start time 1000 hours) – the hotel has promised a nice warm day and a soft west wind – I am sure they are telling the truth.

A few folk seem to have had problems this year with failed waterproofs. I have to say that I have been rained on more times this year than I can remember ever before. The rain at Menteith was small potatoes compared to our day on Loch Roag, S Uist, last month. It rained so much the whole loch rose by 2 feet by mid-afternoon! And that was a mere bagatelle compared to the day John Wastle and I had on Loch Eye in July. If you’ve ever seen those indoor water features beloved of the nouveau riche, I made my own that day using the tray of my Bob Church seat, which collected the water, and then formed a cataract – just like a miniature version of Angel Falls – as it cascaded off the rear edge – right onto my fishing bag! We lost count of the number of times we baled the boat that day – it seemed like every 5 minutes. The weird thing was there was blue sky on the horizon the whole time!

Anyhoo, amid it all, I can honestly say I have stayed dry as a bone, apart from a bit of wicking at the cuffs. I can thoroughly recommend what by happenstance I come to be wearing: a Berghaus Goretex jacket, and PVC trousers. It’s not completely by accident. I have heard many many people say that if you want a reliable waterproof jacket, buy Goretex, nothing less. Likewise, I have heard too many moans and groans about breathable trousers being no use for sitting in a boat all day, and that only PVC is 100% guaranteed waterproof. The only problem is getting hold of PVC trousers. The ones I have are from Cabella’s, though the ones before them were from the Army Navy Stores. 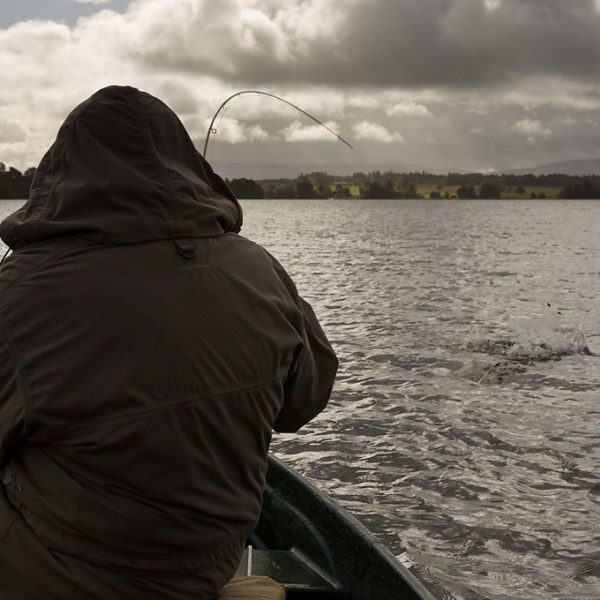 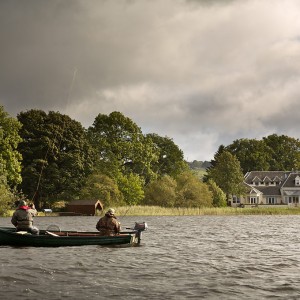 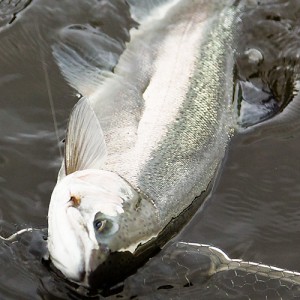 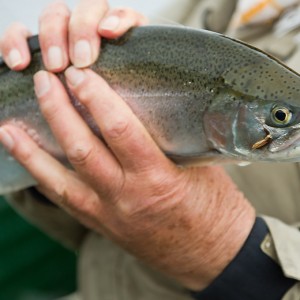 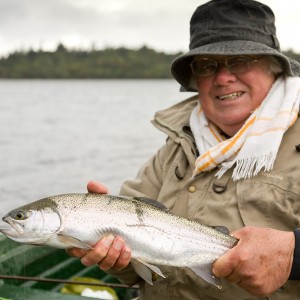 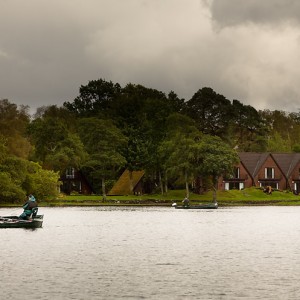 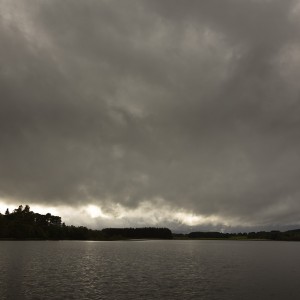 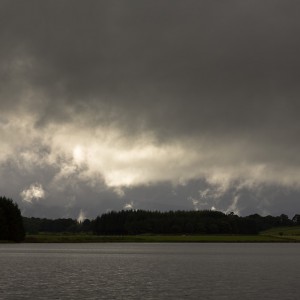 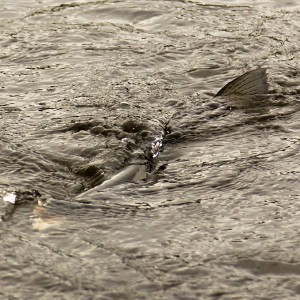 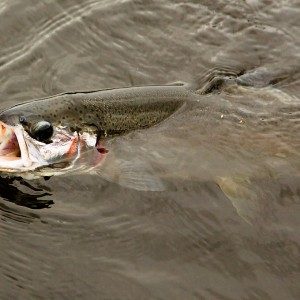 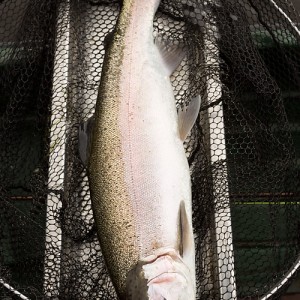