A breezy weekend, but the temperature on Sunday was distinctly milder and, with nice overhead, it looked quite promising. Michael warned us that the water had cooled down markedly and that the fishing was hard. What fish were being caught were in shallow water, the likes of the north shore, and up the shallows and east buoy to Black Woods sort of area. With it being milder, and a fresh sou’westerly, it made sense to fish those downwind shore areas, and that was where our boats headed.

Guest David Trudgill and I started along the west shore towards the North Quaich mouth. I had opted for a DI-5 sweep, as I wanted to be able to offer up the flies at a variety of depths (though word was that intermediate lines were as deep as was needed). I had never tied a shuggy until the day before, but finally I had given in and knocked one up. I put it on the tail – and after just 10 minutes I had a firm pull to it, just as I was lifting the flies out the water. A good start.

We worked our way round by Burleigh Sands and the Green Isle, then did zig-zags along the north shore, past Old Manse Bay and up towards Pow Mouth. Nothing else. David was fishing a sink tip, and I tried coming up onto a DI-3. We tried a few fly changes as well, but none of our choices met with the approval of the fish.

Michael had told us the fish were feeding on corixa and fry in the shallows, and we concentrated on fishing shallow water, though with the wind strengthening, the downwind shallows were stirring up a bit. The lack of activity was briefly interrupted when I landed a nice swan mussel – lip-hooked on a yellow-tailed Kate muddler!

We decided to give the East Buoy to Black Woods drift a go, and headed across. Nothing doing there either – though we did see a young gannet fly across the loch and a sea eagle soaring away towards the Lomonds. Michael’s other suggestion was to try the sluices, and I thought a drift down the Vane Farm shore to the sluices and on to Old Leven Mouth was a good prospect. We started back up with that intention, however, the wind picked it up by several notches just then and we quickly found ourselves afloat on the high seas. (Sorry, no photo this year, as I was on the engine – here’s last year’s – it was quite a bit windier than this…).

I could only safely go in one direction – straight up the wind. That took us to the Thrapple Hole, where we gave it a go. More lack of interest from all fish-based life forms. We went back to where we we had got our offer, however it had gone quiet!

The wind was a real pest along the west shore. It was giving us a drift south to north, but it was coming out from the shore and constantly skewing the boat and setting us off running down the wind. Even Northampton style did nothing! Spotted a pair of guillemots!

One last throw of the dice – we had a go in at the back of Castle Island. No faulting the conditions – the amount of shelter in there in a strong south westerly is remarkable – if anything it was too calm and we had to motor out a bit to catch any wind at all! Still no fish. We gave in with 15 minutes on the clock and made our way back to the pier, only to find we were the last boat in, the rest having come in about 5 o’clock. Had anyone caught anything, was the question. No, was the answer. Fourteen rods and no fish. I’m not sure if that is a first for the club. Possibly. Possibly not. It must be the first time an outing has been won by a swan mussel though.

Hard, Michael? It was harder than Steven Hawking’s homework! 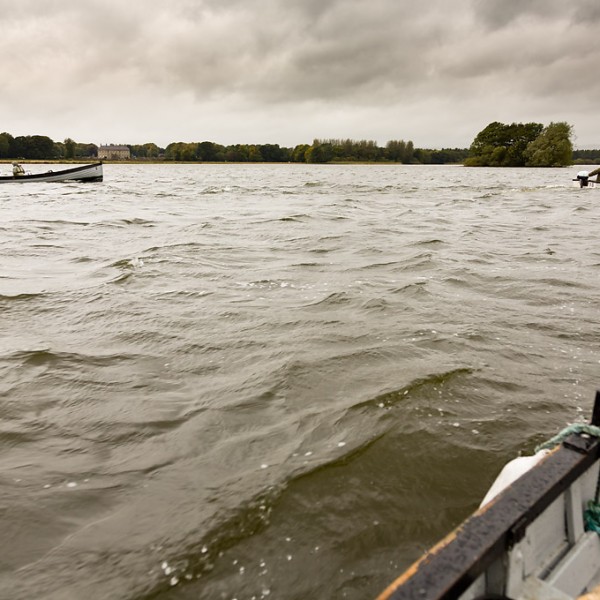 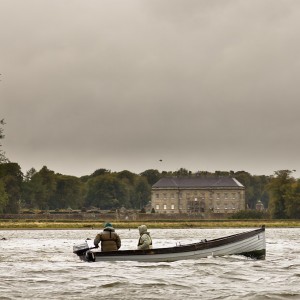 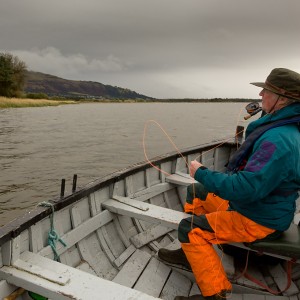 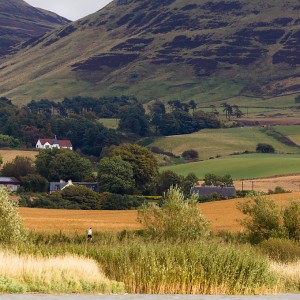 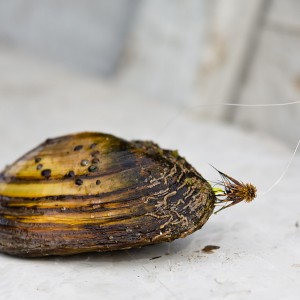 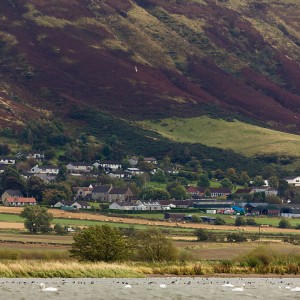 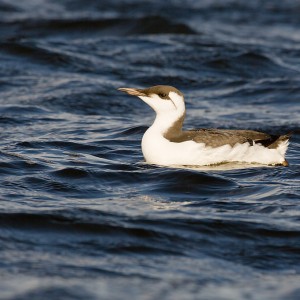