A decent autumnal day. Hurrah! It was a bit bright, but with all the weather we have had, it was quite welcome. Breeze was light and varied south west to north west.

Len Newby and I started at Kate’s brae – allowing us to keep an eye on what was happening both left to the road shore and International Bay, and right to Lochend. We settled in and straight away spotted fish rising well along to the left of the shallow spit. They were in calm, shallow water that was catching shade from the road shore trees. I hadn’t bothered to put up a rod with dries, and cursed myself for having to take 5 minutes to do it now. Once set, we sidled over on the leccy, only to find the inevitable… They disappeared on us! Doh!

After a bit, I picked up the pulling rod and we had a chuck safe in the knowledge there were a few fish in the area. Len had a smash take that left him out of action while he put up a new cast. While he did, I picked up our first fish of the day to a cormorant-ish sort of mini-lure.

After a bit we made our way round to Lochend, to find a good number of boats assembled and a bit of action going on. By now I had changed to a washing line type rig on a midge tip line, with 2 small black nymphs on the droppers and a wee 12 coral booby on the tail. Within a few casts I had a solid take that didn’t connect. A few minutes later I had one of those moments, when you hang the flies at the end of the retrieve, and then go to lift out, and they don’t come out, and gradually you realise that something is stopping them from the other end, and you had better do something about it soon… But the rod is vertical… By the time I lowered the rod, took a yard of slack, and then struck, the fish had swished away behind the boat and I knew it was a poor contact. Which was a shame, because it turned out to be a very large fish.

I had read that Quint had put in a few monsters at the back end, and it was soon clear I had a hold of one. I did my best with it. It was round the boat about 3 times, under it, and all over the shop. At one point it got the leader round the outboard, and although it came away without a break, I think that hard contact was the final straw in loosening an already tenuous hook-hold, as shortly afterwards we parted company. I never even got a look at it, but someone in a neighbouring boat reckoned it was double-figures. Oh well…

After that, we picked up one fish to a black nymph, before the rods went quiet over the area. We ventured further afield. We tried coming down Tod Hole and round Bogle Knowe without troubling the scorer. We went back to Kate’s brae and tried a drift coming in from a distance out. That brought me a fish almost first cast, to an orange-tag GRHE. We thought we were on to something, but alas, nothing else happened.

We tried up at Sam’s Point, Hotel Bay, Shear Point and International Bay but couldn’t raise any interest with the subtle stuff. In the last hour I gave up on it and put on a fast sinker with 2 blobs and a minkie (hey – when needs must!). Giving that the PLF treatment resulted in several fish charging after the flies, but nothing taking a hold.

Best boat of the day was Trevor Gibson and John Miller, who fished the road shore to take 8 between them. Trevor fished nymphs on a midge tip, while John was on a floater and washing line rig, with a sunburst FAB on the tail. New club champion elect, David Tyrie had 6 fish from all over the water, fishing fast glass and crunchers, with a candy booby on the tail. Dougie Skedd, with a boat to himself, had 7 fish, only one of which was hooked in the mouth! There were quite a few 0s and 1s on the cards.

The club’s 14 rods landed 30 fish.
We retired to Poppies in Callander for a light refreshment and an enjoyable dinner, after which the prize-giving ceremony took place… 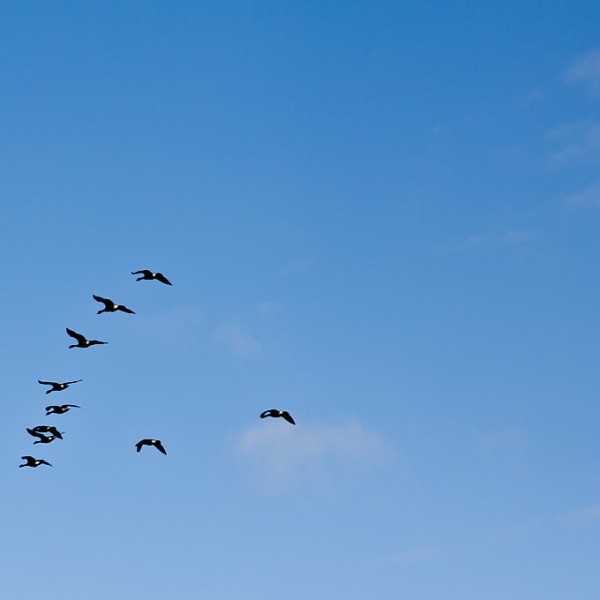 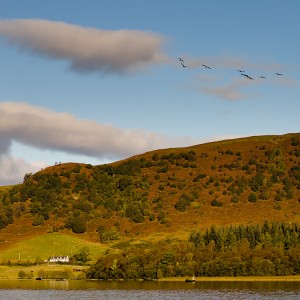 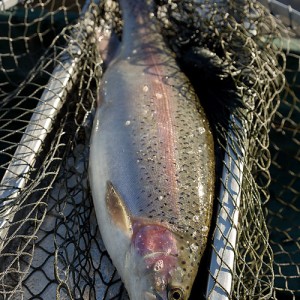 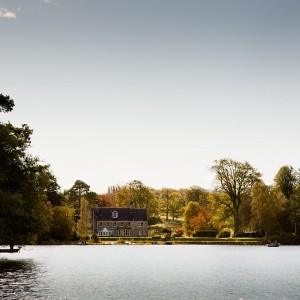 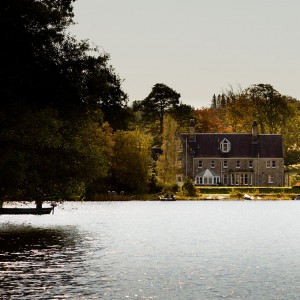 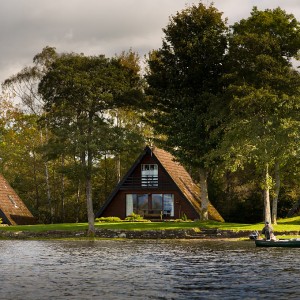 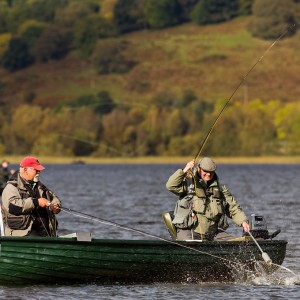 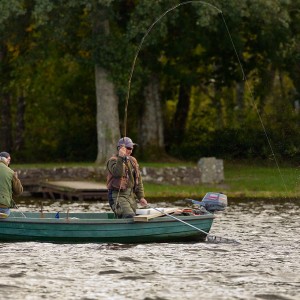 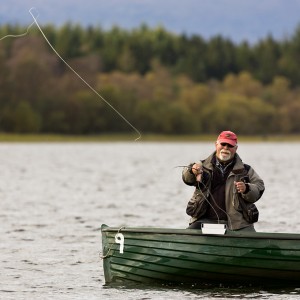 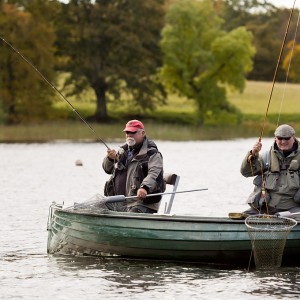 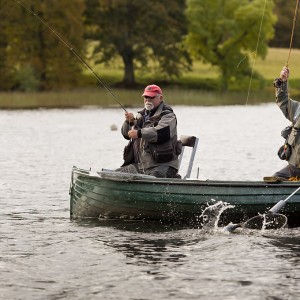 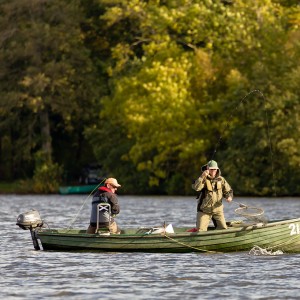 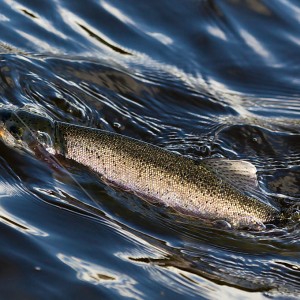 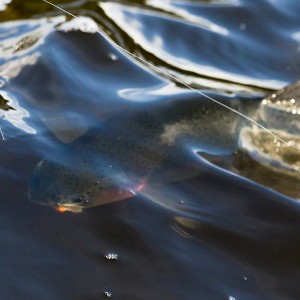 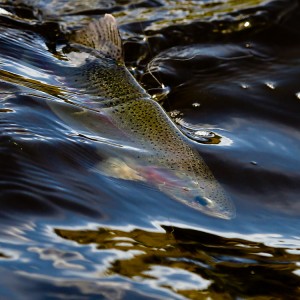 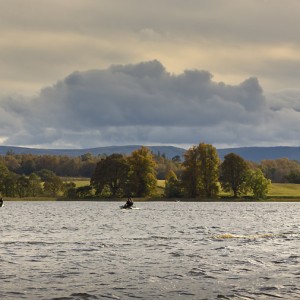 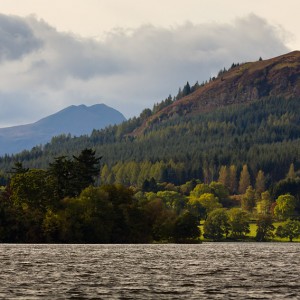 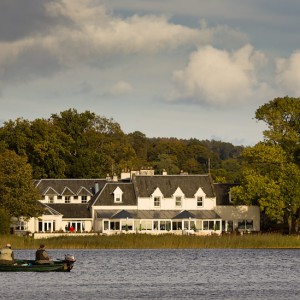 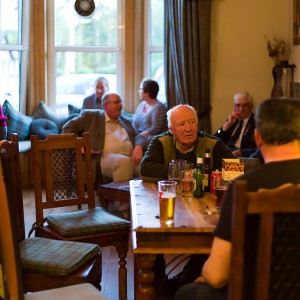 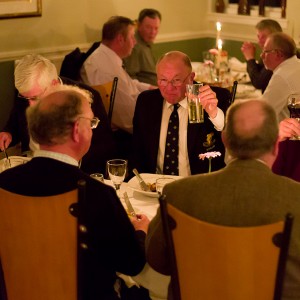 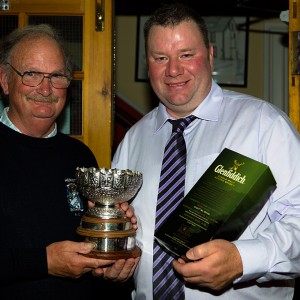 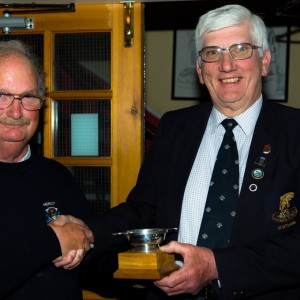 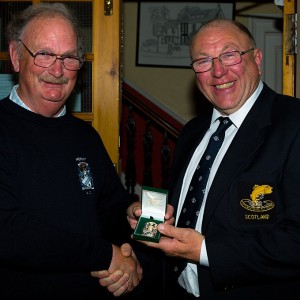 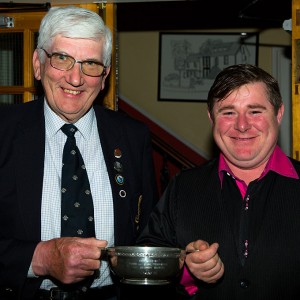