It was grand getting ready to start fishing with the club again after our winter break. When I got to Linlithgow Loch, it was cold, the water was a dull grey that matched the sky and the air was 3.5°C, with a biting ESE wind. As I was early, I thought I would be first in the car park, but no, half of our fourteen fishers were already standing about looking at the water. Therefore, I went to get a barrow so I could lug far too much gear along to the boat dock. When I got there, the boatman rushed to inform me “you will have no trouble getting fish today, we have had a mix-up with the stocking and two tons of fish have gone into the loch in the last few days”. It transpired that the fish should have been trickled in over a period but the supplier had problems and delivered the 1500 fish in one lot. My first thought was that is good we should catch a few. When we got out, approximately twenty minutes early as everybody was sitting in the boats at eight thirty, almost everyone headed to the west end of the loch as fast as they could and plonked down the anchors. Then everyone started to hit fish, after a wee while I started to remember the old joke about the fisher thinking he had gone to Heaven as he was catching more than he would normally do. By nine thirty, I had a few fish and lost a few more so I thought it is a long time until four o’clock. At this stage, I changed my flies from black and green to something that would slowdown my catch rate. The catch limit at Linlithgow is – kill six and release another six, and then you must stop. This resulted in some of our members having to stop well before lunchtime. It made me think that, for me, catching lots of fish in a very well stocked water is not something I would like to do very often, but I must admit that it was good to get lots of pulls as I lost as many as I netted.
It must be reported that the fish were first class, each one a clone of the other, strong with sharp edges to the tail and pectoral fins, and all just over two pounds.
The lines that did the damage were midge tips and intermediates, the flies were black and green, blobs or yellow dancers. It was good to be out on the water again, and it was good to be catching fish, I am now looking forward to the Lake and we may get back to fishing and netting a few fish.
I must mention one angler; he had a Kate on his cast, and managed to land a very nice brown trout – no prize for guessing it was Bob Whyte.
For the record our 14 angler’s netted 136 fish, 40 weighing 113 lb were taken for the pot.
Regards: Ed. 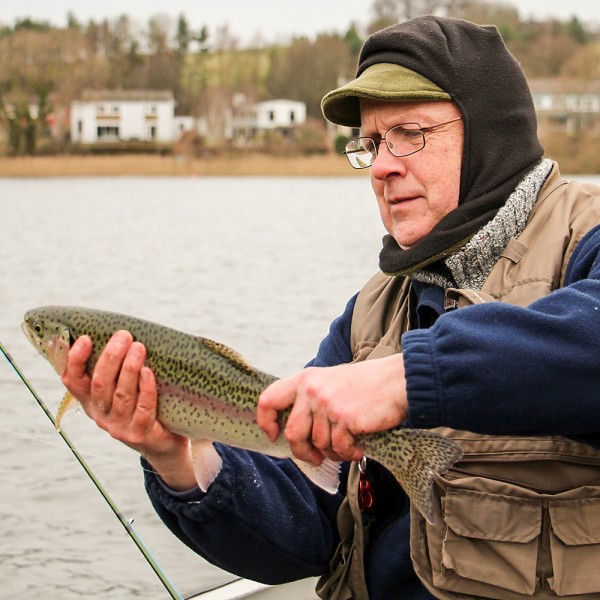 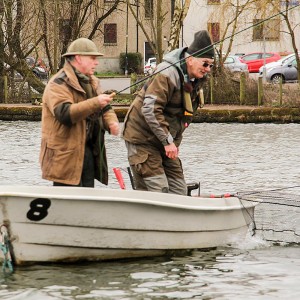 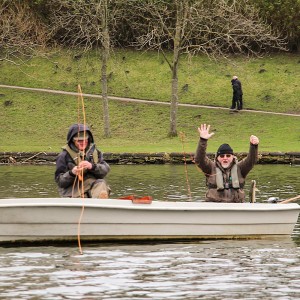 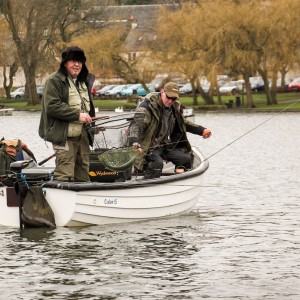