What a difference a week makes.  Clear blue skies, some spring warmth in the air and the forecast was encouraging for later in the day.  The water was still a bit coloured but what you might expect, given the recent weather. However, generally more pleasant conditions for this outing.  The Lake had reportedly been fishing well in recent days, particularly around The Butts, Tod Hole, Lochend and Sandy Bay.  It was good to see some ‘well-kent’ faces in the car park, and a few even reported recent success to straight-through buzzers and nymphs on floating lines.

A few last minute changes to boat parings saw Trevor Gibson/John Miller, Colin Riach/Dougie Skedd, Allan Brown/Peter Fionda and me and my packed lunch together.  Colin had brought along his electric motor, which has proved a handy tactic in the past for targeting the resident fish.

I set-up initially with an intermediate, booby and a couple of skinny cormorants and motored south, albeit a bit more slowly than the armada.  It was promising and I noticed quite a few small, dark hatching buzzers, en route.  I thought it might be interesting to have a look at international bay.  There was no wind to speak of, buzzer activity was on the increase and there was even an odd fishing rising.  Excellent, and no other boats around.  I felt I was on the wrong line, maybe a bit too deep… the demons were already asking questions.  However, I found fish and had a productive and frantic couple of hours.  A lot of these fish were in the shallower water, despite the sun.  By this time I had switched the cormorants to Diawl Bach variants, which were a stand-out on the day.  I worked my way along the road shore, with short drifts, and found consistent interest close in to the shore.  I could see a lot of boats in The Butts and into Lochend and plenty of rods bending in Kate’s Brae and the Gravel Pit.

I bumped into John Miller and Trevor, who said they had had a slow start.  They moved closer-in, and had a bit more success by Kate’s.  Not long after that I bumped into Allan and Peter, further along the road shore.  Allan thought his Di-3 was maybe a bit too deep, but was changing to a couple of mini-lures, white cat and Christmas tree (remember them?!) and was soon picking up the odd fish.

I popped by Sam’s Point, down into Hotel Bay, by this time on a floater with buzzers and DB’s but my last couple of hours proved fruitless.

Peter and Allan finished with 5 to the boat, largely on sinking lines and lures.  Trevor and John also had 5 to their boat. Trevor did well with blobs on a floater.  Colin and Dougie moved about between Lochend and Tod Hole and found some quality fish to a variety of tactics.  Colin ended with 5, including a cracker of 6lb.  He used a 6ft midge-tip with buzzers and a mini-tadpole on the tail in the calm conditions of the morning, changing to a DI-3 with a Montana stone fly nymph (remember them!?) and a booby, when the wind picked up later in the afternoon.  Dougie ended with 7, using fast glass all day.  His fish came mostly to a minkie booby, plus snatchers (claret), buzzers and tadpoles.  He also returned a well-conditioned pike nudging the double-figure mark.

A good outing for the club with a total of 37 fish to our 7 rods. 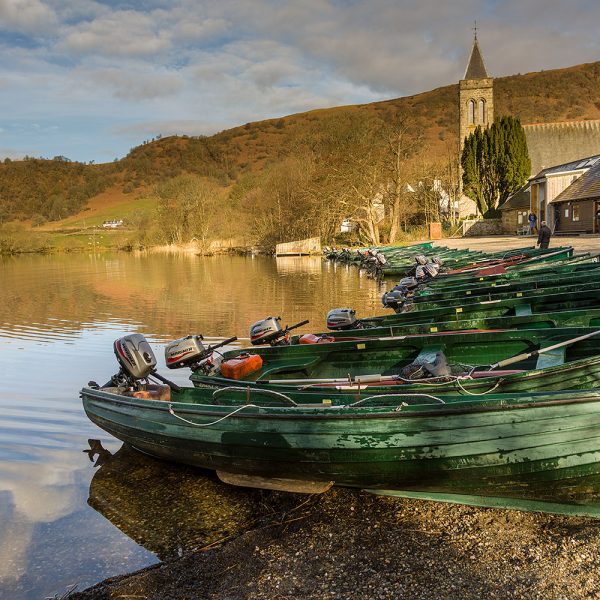 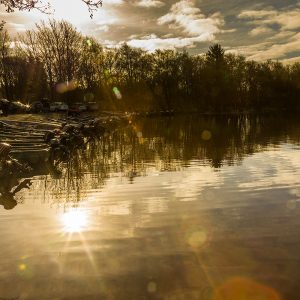 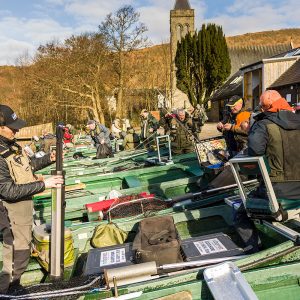 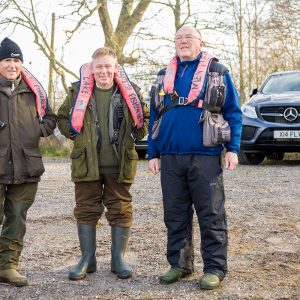 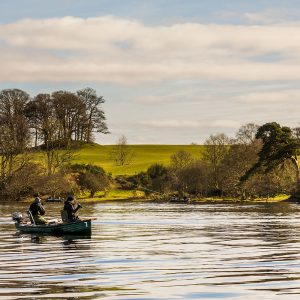 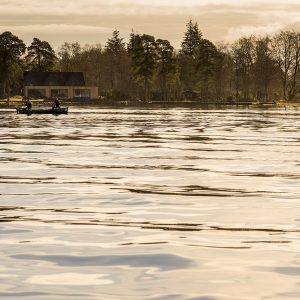 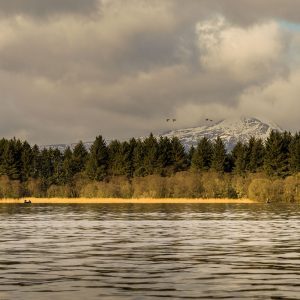 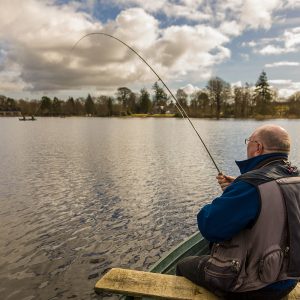 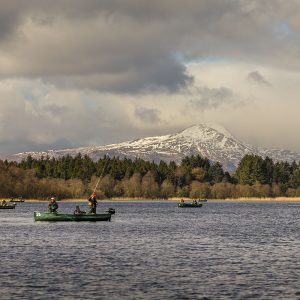 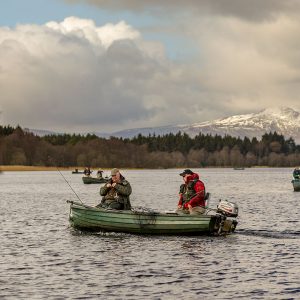 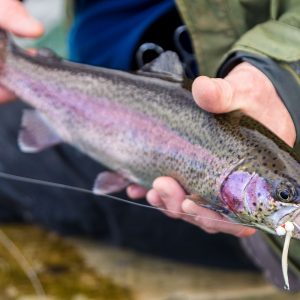 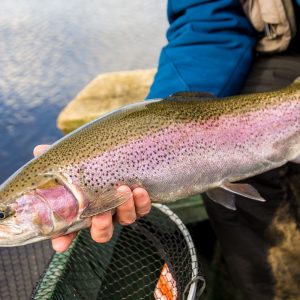 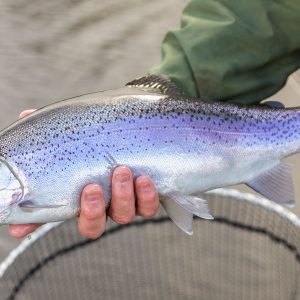 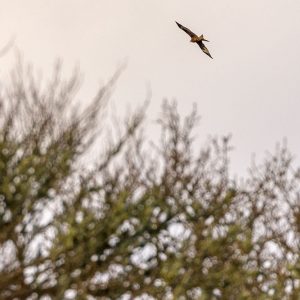 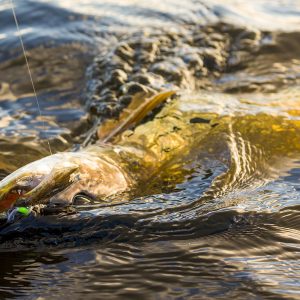 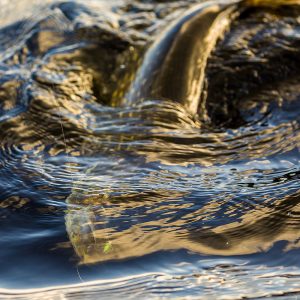 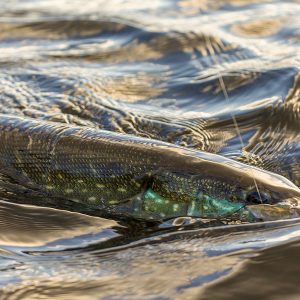 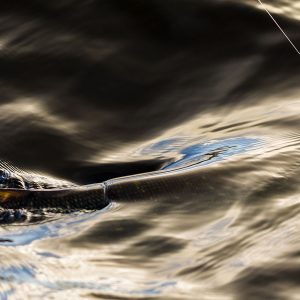 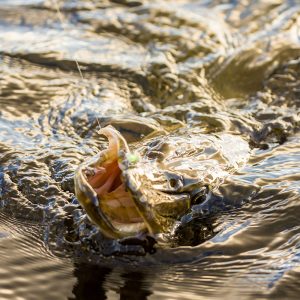 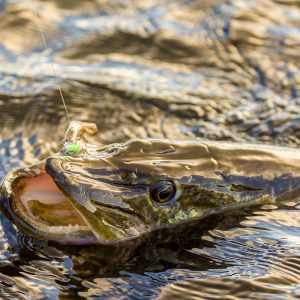 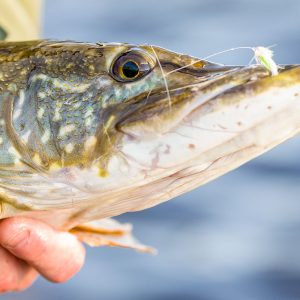 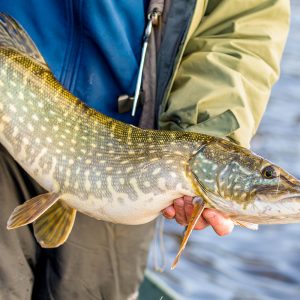 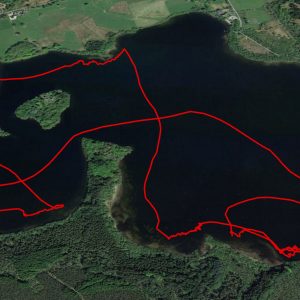