April Fools’ Day, and Easter Sunday.  Us foolish heathens were on Coldingham, dodging the dodgy weather and getting a decent day (rare for us on Coldingham), with light winds (though very variable in direction), which offset the fact it was never much above freezing, temperature-wise.  We had one heavy, squally shower, mid-morning, the contents of which were white, rather than transparent!

The temperature required maximum layers to be comfortable until the end of the day.  I went with the following;

I was comfortable (though with slightly restricted movement), without being what you might call warm!

Derek Kilgour and I started with a look up the top of the west arm, which is usually a hot area, early season.  It seemed dead up there, so we didn’t stay long.  We came back down and concentrated on the main basin, which is where most of the boats spent the day.  Derek was on a 3 foot tip and washing line set-up.  I was on a 6 foot tip and initially had a small bead mini-tad on the tail, to explore a bit deeper.  We were seeing quite a few rises, though nothing was hatching that we could see.  Derek put the second rod up with dries, and eventually caught a fish on a quill shuttlecock.  I gave it a go as well, and had a grip of a fish briefly, plus a couple of fresh-air shots, but the fish then stopped rising and we went back to the twiddling set-ups.  We were drifting and focusing on the shallows and my tail fly was catching the bottom, so I went to the washing line, with a black size 14 micro-booby on the tail.  We started to bring fish to the boat with the twin washing lines.  Others were doing well, most notably Keith Logan, who’s rod seemed to be bent into a fish every time we looked across to him.  We felt we could be doing better than we were.  Keith’s boat was anchored, and he was fishing dead slow, so we tried same.  Sure enough, this brought fish to the boat regularly for both of us for the next couple of hours.  I was catching to a black Diawl Bach in the middle and the micro-booby on the tail.

The snatcher on the top dropper was doing nothing.  After a while, I swapped the snatcher for a standard Daiwl, and this had the effect of… stopping me from catching fish!  Derek continued to catch.  I continued not to.  Go figure!  I guessed it was just a slow spell, so I carried on with what I was doing.  Derek continued to catch.  I continued not to.  I had to try something else, so I had a play around with other methods.  I put the wee tad that had been working in the morning back on.  It did nothing this time.  I tried swinging buzzers on a floater – that was worth one fish.  Around this time, we were seeing Bob Whyte getting tuned in to them, on what turned out to be drifting with a midge-tip and washing line with very small (14 and 16) black buzzers.  Derek had tied up just such flies the night before, and we went for the last spell drifting with Derek trying Bob’s technique.  Sure enough, he was straight into fish with it.  It was late in the day now, and the temperature really started to drop.  We could see the others who had under-layered for the occasion packing in early.  Even Trevor packed in with a full 15 minutes on the clock.  Lightweights, we thought!

Bob had put a superb bag together with his washing line method – 18 in total.  It still wasn’t enough to catch Keith Logan, who finished on 22.  Keith was also on a midge-tip, washing-line set-up, with booby and Diawl Bachs and buzzers.  A mention goes to the boat of Trevor Gibson and Ramsay Zenati, who had 19 between them, fishing right on top, with floating lines and FABs. 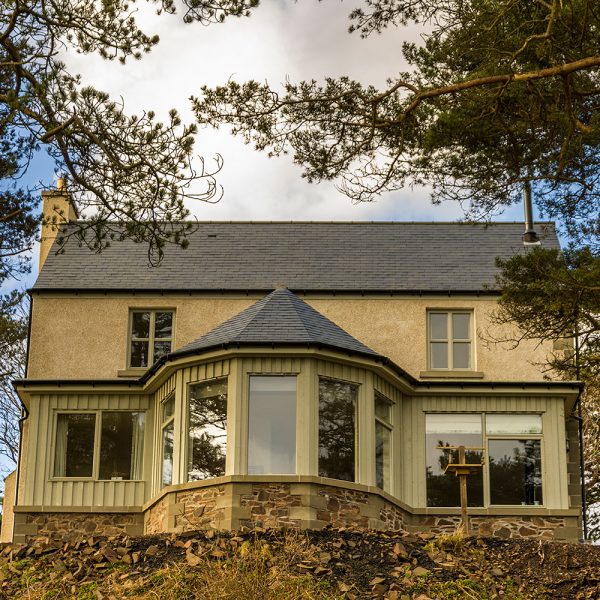 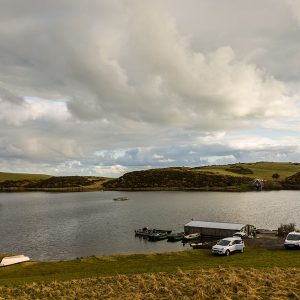 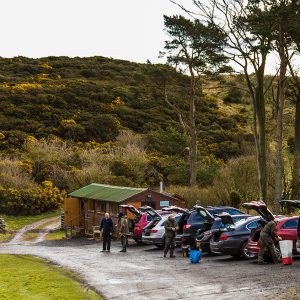 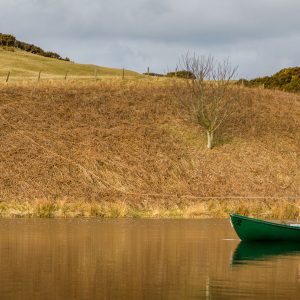 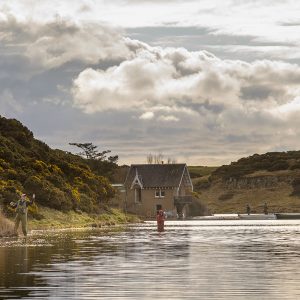 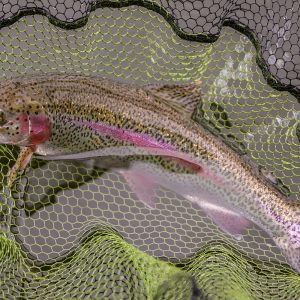 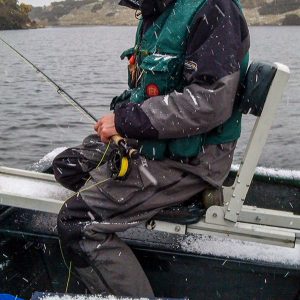 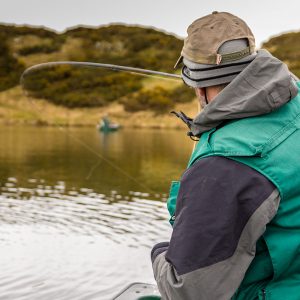 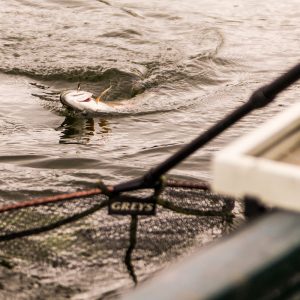 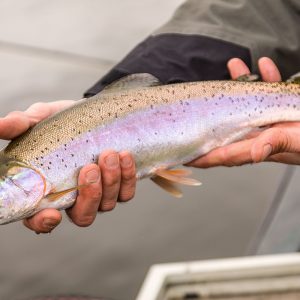 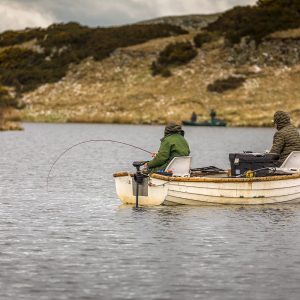 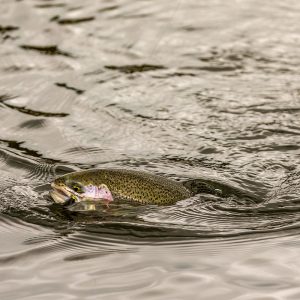 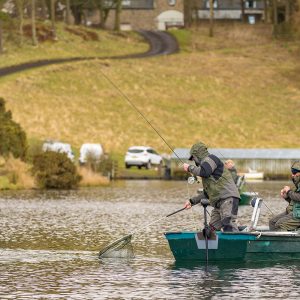 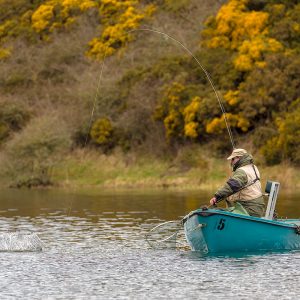 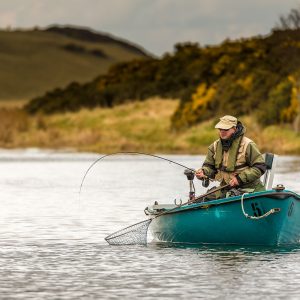 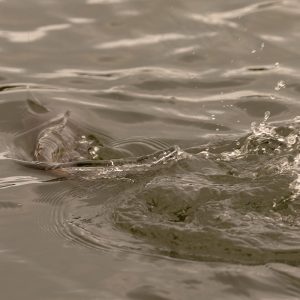 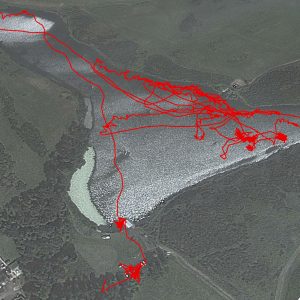