With all the comedy weather we have been subjected to this spring, it seems the best we can hope for is a couple of hours of good conditions.  That was what we got at Frandy.  It came early in proceedings.  Flat calm when we arrived gave way to a light easterly by the time we got out.  That prompted those of us who set up with dries to head up to the dam and try the drifts coming off it.  These can be done down either shore, or straight down the middle as far as the harbour.

Bob Whyte and I tended to fish the dam to south shore area, and quite quickly we got in amongst feeding fish.  However, they were not too impressed by our offerings, as we proceeded to get a whole bunch of fresh air shots, refusals and other assorted half-looks.  I had set up with a pair of size 12 dries – a black hopper and a claret half-hog.  Seemed reasonable in the conditions.  We even heard the bankie in the photo tell a passing angler that he was getting them on dries – quite big ones!

First rising fish I covered with the new set-up took the PWB no bother.  It was a lump of 3 lb+.  I was looking for a fish to give to a friend, but not a 3 plusser, so that one went back.  Next fish covered took the PWB as well.  Another 3 plusser!  That went back too.  Next one came out the blue – PWB again.  This was a nice size, and was duly chapped.  A spooning revealed that it had been feeding on myriad terrestrials (see photo next to PWB).  Many black gnats, but many other things too.  (The big fluoro-green guy with the crazy eyes is a green sawfly.)  I guess there must have been a tendency for the fish to be comfortable with stuff the size of 16s, and a bit less comfortable with green sawflies and the likes, and I don’t blame them if that was the case – I would not be comfortable eating a green sawfly!

Bob had followed suit with putting 16s on, and it worked for him too, as he got in about them.  So, for the next wee while all was rosy, with both our rods on the bent side of straight.  Then we did a drift when it all went back to where we started, with offers missed or jagged, and covers ignored.  Not an alarm bell at that point, but when we repeated the drift… not an offer… not a rise seen.  The problem could be seen in our old nemesis… the spring 2011 weather.  The wind was getting up off the east, causing the temperature to drop.  And the cloud was thinning all the time, as it got brighter and brighter.

We tried going further afield – and ended up away up the top end.  I had put on a team of pulling hogs by this time and apart from one bow-waving follow with no take, that was all we got from our grand tour.  We came back up and put on sinkers and had a good old tug.  All to no avail.  We didn’t touch a fish all afternoon!

Other catches from our club:

Hugh Easterbrook and Alex Ramsay had 5 fish to hoppers.  Ed Green had 5 rainbows and a brownie fishing the north shore with the same loop-wing CDC hopper he did well with at Coldingham last month.  Derek Kilgour had 3 browns and 2 rainbows fishing firstly a black hopper, and latterly (once the wind got up) a dry daddy.  Ian and Callum Macdonald had 6 browns and 3 rainbows fishing out across the deep water to an assortment of dries, including black hopper, black Klinkhammer, and PWB. 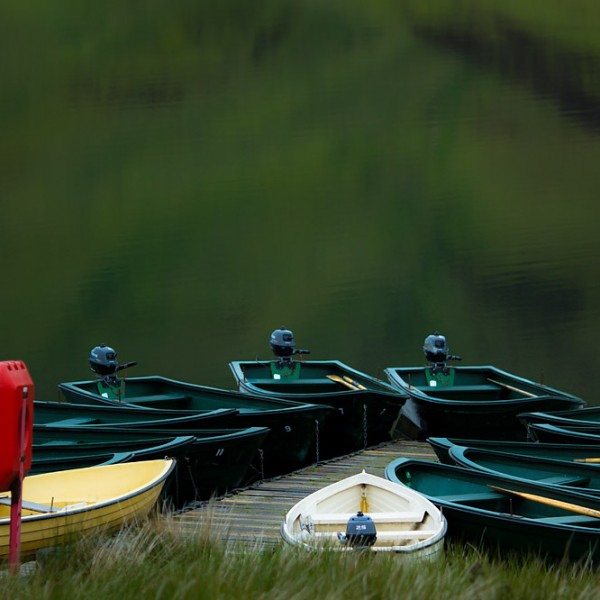 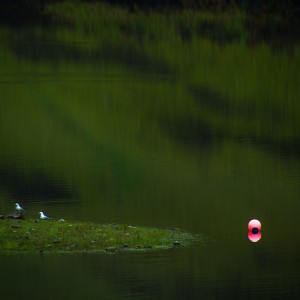 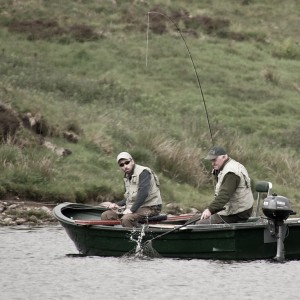 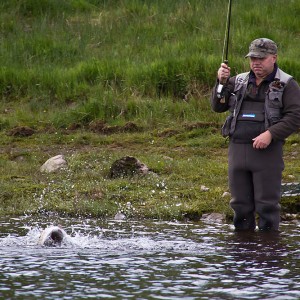 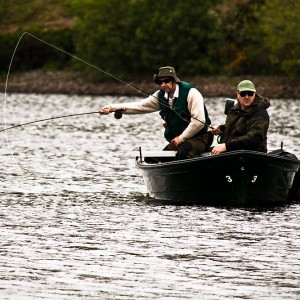 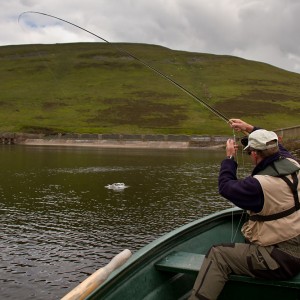 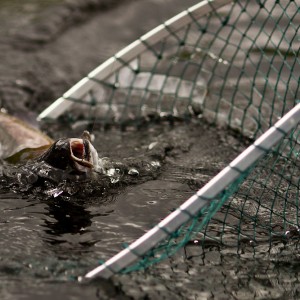 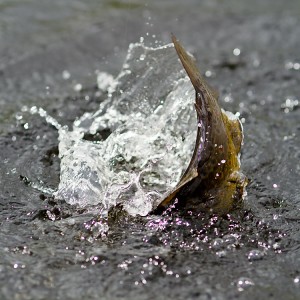 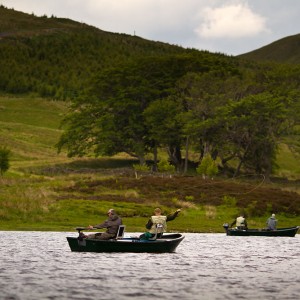 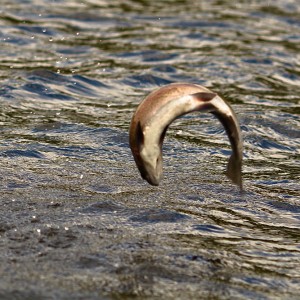 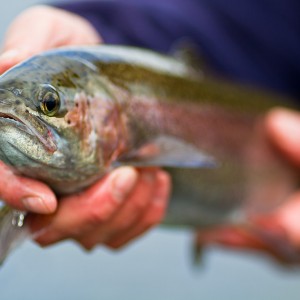 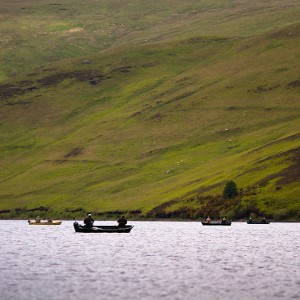 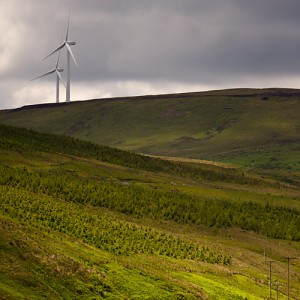 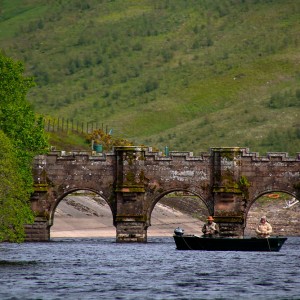 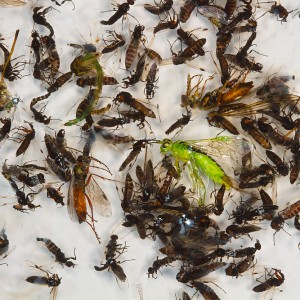 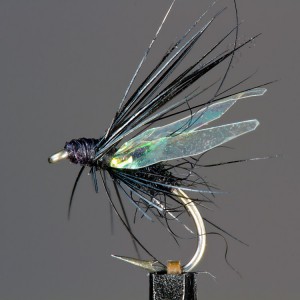