My first outing back fishing with the club since falling off a ladder, watering plants a few weeks ago. I landed on my casting arm – not the best of landings! I reckoned I could manage a day on dry fly, and Frandy was as good a place to put that to the test as anywhere. In case of problems I brought the dapping gear with me. I’ve been doing a bit for sea trout on Uist and Lomond in recent years, and had a day with mayfly-feeding browns on Craggie last year. Never tried dapping for rainbows, so I quite fancied giving it a try. Cue flat calm! Dries it was to be then…

Jamie Tocher and I set off for the home bay to dam area at the start. Jamie had gone for a nymphing set-up with Diawls and a mini-blob as a hedged bet. I went with a sparkle dun and an Adams hopper. There were a few buzzers hatching, and an odd sedge skittering, but little in the way of rising fish at the start. However, after a short while I had a nice roll through the flies to the sparkle dun, only to feel the weight of the fish… and feel it come adrift. A short while later, and the exact same thing happened. Meanwhile Jamie got into a rainbow on his set-up. Third time lucky for me, and a hefty rainbow stuck – again to the sparkle dun.

Jamie added a 3rd fish to the boat before it all seemed to go very quiet. We waited around for a while to see what developed. A couple of guys from another club were regularly picking up fish to twiddling tactics, but no one else seemed to be doing much. We decided to take a look up the top end.

When we got up there we had it to ourselves… at first. There was an odd oncey rise, and we settled in and gave it a go. Sure enough, we started to pick up fish. Nice fish too – some quite residential (see row 3, second from right). However, we got spotted and that drew in first one boat, (which the bay could just about take) then a 3rd boat (which the bay couldn’t take). To give the 3rd boat its due, it realised that two’s company, three’s a crowd, and it left surprisingly quickly (I never said a word, honest!).

We continued to pick up fish, though the conversion rate was somewhere between poor and abysmal. Jamie scored with a pheasant tail nymph, and I continued with the Adams hopper, plus an Adams Klinkhamer and a late one on a claret sedgehog.

The only problem now was that the day was turning dreicher and dreicher, and as it did so, it tended to put the fish down. We could see it was still dry at the dam end, and so we went back down to there to finish our day – without adding further to our total.

Among the other catches, I noted John Miller – 2 on a dry daddy-long-legs and 2 on a sunburst foam-arsed blob. Well, that is mixing it up a bit John! John was partnered by Trevor, who eschewed his usual method and caught all his fish on a daddy! It’s the end of the world as we know it!

Davie Tyrie and John Levy were another two to score with FABs. Most of the rest went with dries, including Stewart Barnes, Dougie Skedd, Ed Green, Hugh Thomson, Len Newby and Tam Forest. Bob’s bits, half hogs, hoppers, and Klinkhamers were among the successful patterns. 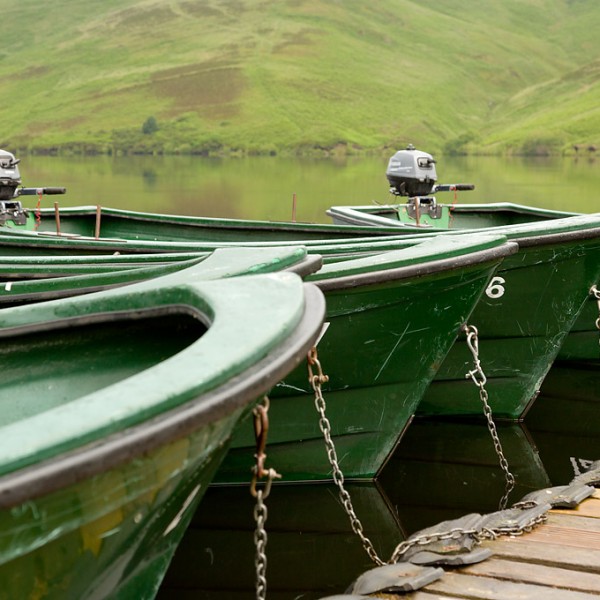 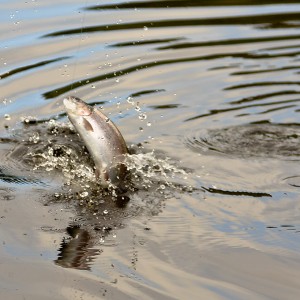 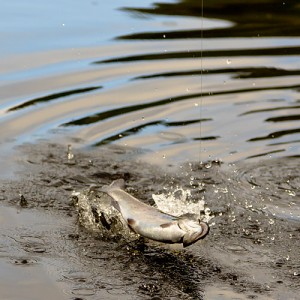 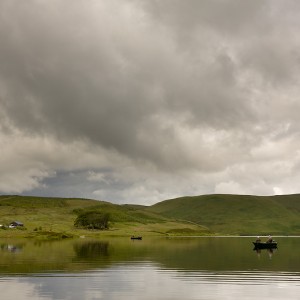 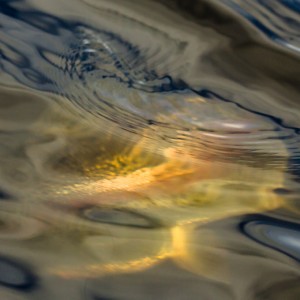 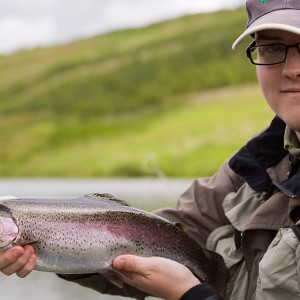 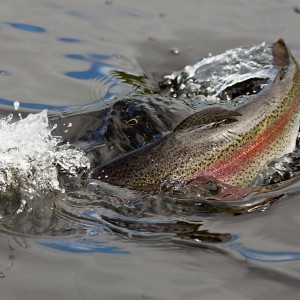