A recurring issue this year has been the weather and this outing was no different. A beautiful red sky and sunrise greeted us on the way down the coast, but it didn’t fool me! High winds from the south-west and some rain were forecast and they were spot on, especially the wind.

We had 5 boats for this outing and immediately I could see that Derek and Keith had opted for drifting with dries. After a single fish to Derek, they reverted to a mix of drifting and anchoring, Derek on a floater and Keith on a midge-tip. They found fish in Swing-Gate Bay, but didn’t have enough time over them due to the wind and the inability of the anchor to hold. Eventually Derek had 2 and Keith 4 to Candy Booby and Diawl Bachs.

Stewart Barnes and Stephen Kilpatrick managed to anchor off the boathouse, and quickly Stewart had a fish, but that was to be the last of their action for the day.

Trevor and Matt anchored in front of the floating cage and endured a tough time, with only Trevor connecting with a fish of 4 1/2lb on a fab.

Colin and Ramsay had 2 and 1 respectively, with the fish coming to bead-headed damsels. In the afternoon Colin had several fish follow to the boat, but he just couldn’t connect with any.

I fished with Ed, who tried many variations of line and flies, without success. I managed in the morning to take 3 on a midge-tip, with the killing flies being a striped herl buzzer, flashback pheasant tail nymph and black How-wood. A change to a DI-3 brought another fish, also to the How-wood. Unfortunately, that was the end of the action, and we didn’t manage anything at all in the afternoon.

Most of us were finished by mid afternoon, due to increasingly high winds. 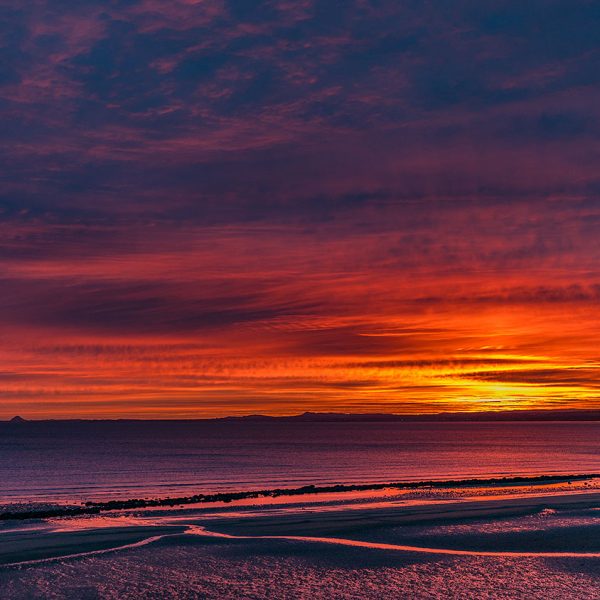 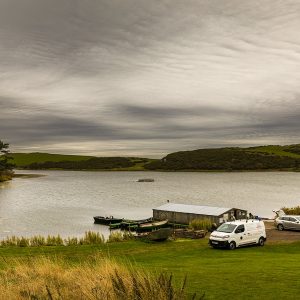 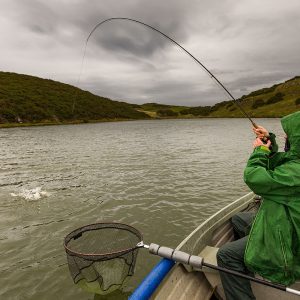 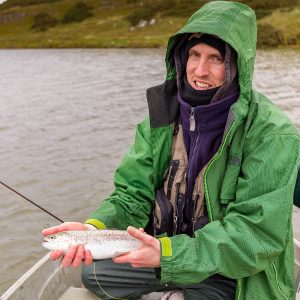 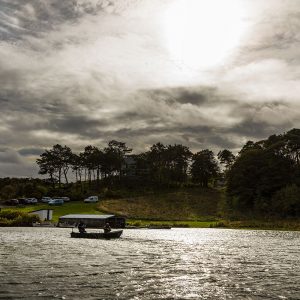 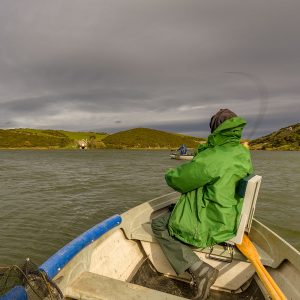 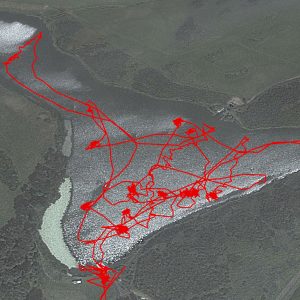