This was a small, 3-boat evening outing.  The loch was clearly fishing well.  When I arrived, mid-afternoon, every boat was out and rods were bent.  Davy said they were getting good evening activity to sedges and advised going with dries from the start.  As it was quite a stiff breeze, I hedged my bets by putting up a team of 3 size 12 sedgehogs on fluorocarbon, to give me the options to fish them as dries, or figure-of-eight them along the surface, or pull them under and pop them back through.  I was fishing with Fraser Gault, who went with a pair of half hogs on nylon.

We started at the head of the wind in the south west bay, and drifted out towards the open water.  Very soon we both fresh-aired a fish to static dries.  Then we both fresh-aired another.  We saw a few rises and a few sedges coming off.  As we drifted on down, things slowed-up, so we came back to the head.  Again, we fresh-aired rises to our dries.  Then came a “double-doh!” moment.  I went into my lift-off, just as the movement that gave to my bob fly induced a good fish to lunge and grab it before it left the water.  I was committed to the back cast at the moment of contact.  Wrench!  Ping!  Whole lot snapped off.  I was still muttering profanities 30 seconds later when the exact same thing happened to Fraser!  Think that is the first time that has ever happened with me +1.

We both had to retackle and start again.  I went with a duplicate set of 3 sedgehogs: fiery brown, Adams, and chocolate brown.  By now we were working along the home shore towards the schoolhouse bay.  I started giving the hogs a figure-of-eight and finally hooked a fish, only for it to fall off.  Getting closer, though!  And then Fraser hooked and landed our first of the night.  Finally, I hooked and held on to one.

We continued to search the water, and continued to fresh-air rises to our flies.  Again, I switched to figure-of-eighting the hogs and it produced a second, and then a third fish.  Fraser added a second, and then I added a fourth.  It was now about the time of night when the wind needed to drop and the temperature needed to stay up, if we were going to get an evening rise.  Instead, the temperature dropped and the wind stayed up.  And so, it all just fizzled-out on us as the light went.

In the second boat, Ian Macdonald had 3 to CDCs, while Keith Logan had 3 to CDCs and sedgehogs.  The third boat saw Stewart Barnes with one to a Diawl Bach and 3 to daddies, while Steve Kilpatrick had a single.

Before the outing, I had a wander around the car park and took some photos of the wild flowers on show, of which I did a quick head-count and got to 17.  Results here. 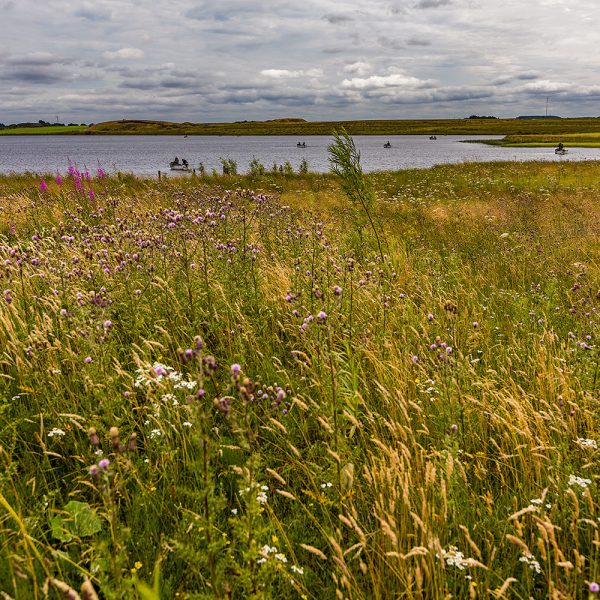 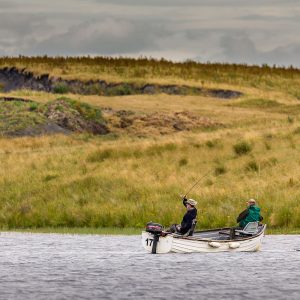 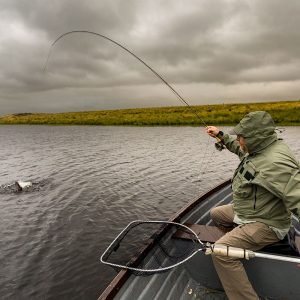 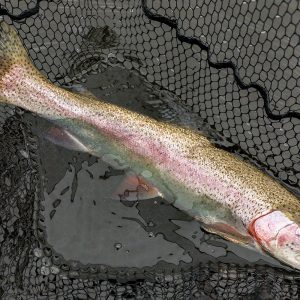 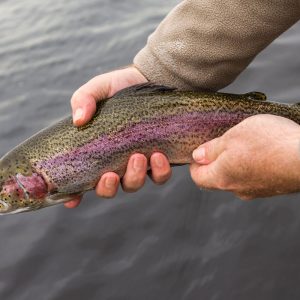 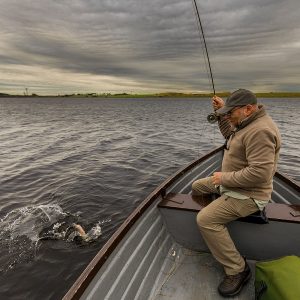 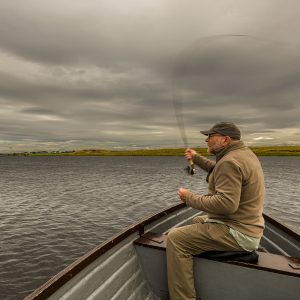 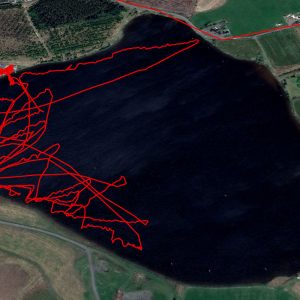