The weather forecast had looked good all week for our visit to Glencorse.  Light winds and cloud cover!  We shouldn’t have been surprised when we turned up and found that the wind gods had conspired against us and a considerable wave was coming down the reservoir – more like 15mph and gusty wqith it.  Cool too!

Never mind – Bill Taylor had told us that the previous day a couple of boats had managed to catch at the far end where the burn comes in on midge tip lines, in relativity shallow water.  This sounded hopeful and Derek & Ramsay, Colin & Dougie and Alan Brown made their way there.

The result was that Derek managed to land 4 on a Black Howwood/Booby using a fast glass, before the takes dried-up.  Dougie had one and lost one on a fast glass up the far end too, while Colin had a go with dries – but they only proved of mild interest to the very small wild brownies.

Derek then managed during the rest of the day to land a further 6 fish on Boobies using a DI7 at the Dam, for a very good total of 10 on a difficult day.

In the meantime, Trevor & Gary and Bob & Peter Fionda drifted the main body of the reservoir looking for fish in the deeper water… without much success, although Peter managed one that took him high in the water after following his booby from the depths.

It was much later in the day when some cloud appeared and the wind eased and some success was had at the dam, mainly using DI7s and a 30 second sinnk-time to reach the fish in the deep water.

Dougie Skedd and Colin managed a total of 5 fish to the boat on Minkies and had pulls from a number of fish without connecting .

Trevor and Gary finished with 3 fish to the boat, again using DI7, with boobies scoring.

Bob and Peter had 8 fish to the boat, with Bob casting a long line and waiting for the line to sink until it was nearly under the boat and then retrieving slowly.  All the takes were when the line was vertical. Silver beaded Damsel on the tail took 4 and wiggly worm 2.  Peter’s 2 were both caught on boobies .  It was almost like watching sea fishers “pirking” for cod!

Alan Brown managed a single fish and the total for the day was 27 fish to 9 anglers.

One very unusual occurrence happened while we were drifting.  We came upon a weasel, swimming in the middle of the reservoir!  As we got nearer, it swam to the roadside bank, where it proceeded to dry itself off. Cooling down no doubt! 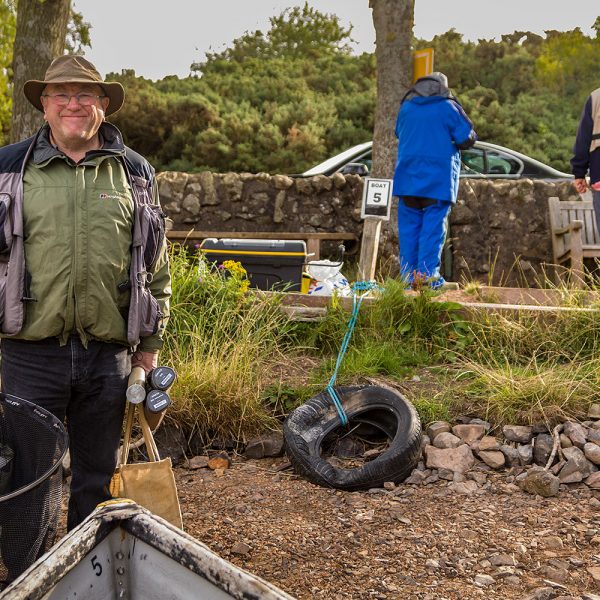 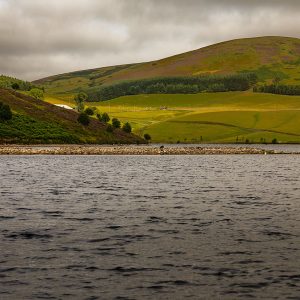 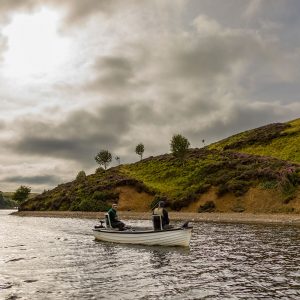 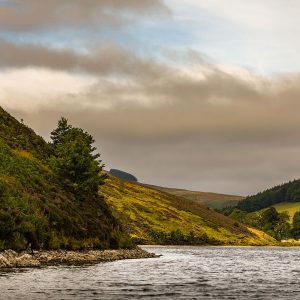 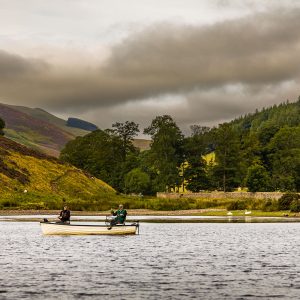 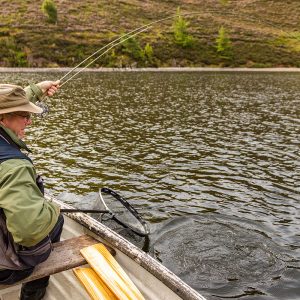 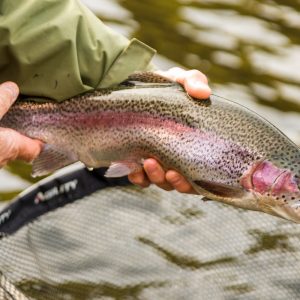 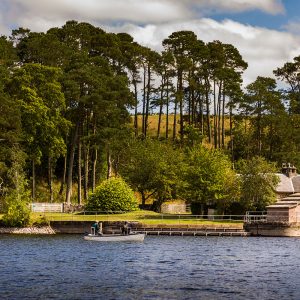 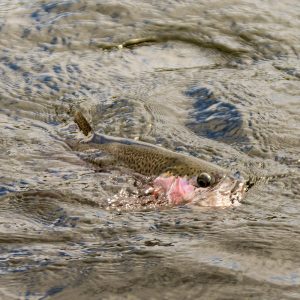 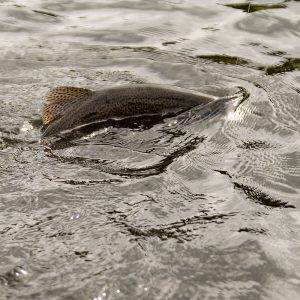 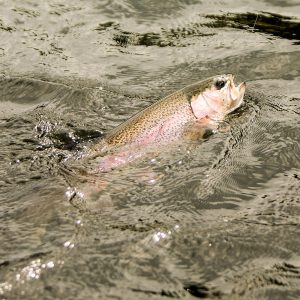 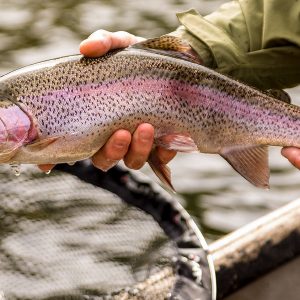 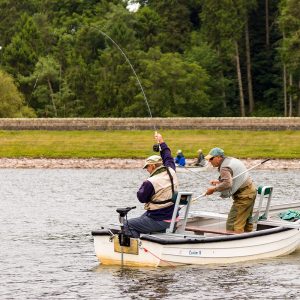 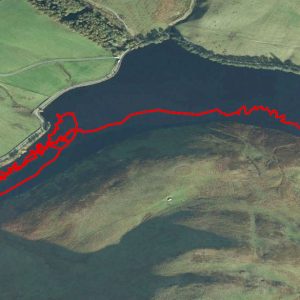