A good looking day at the start – flat calm with buzzers hatching and fish rising. Bob Allan and I started out on dries (Adams hopper and black Klinkhammer), and we were rewarded with some cooperative fish in the first half hour or so. Unfortunately, as soon as a breeze got up, the fish went down and the buzzers disappeared as well. End of story for the dries.

We picked up the pulling rods and continued in the area – Hotel to Sam’s Point, and there was a spell when the fish were being sconed all up and down that shore — and across towards the pink buoy that isn’t there. After one very productive drift (fast glass, cat’s whiskers), the fish put their tin hats on. Bob picked up a wee pike of about 5 or 6 lb – and that was it. Time for a move.

We headed down to the south shore, where we could see boats were hanging around. Sure enough – rods were bent over. We joined in and picked up several more fish – interestingly, they were nearly all on the hang (as had been quite a few of the earlier ones at the north shore).

The wind was picking up all the time though, and it got quite squally. the grey sky we had had all day cleared as well, giving a brassy light – so not surprisingly the fishing tailed away over the last hour or so.

Not a good day for taking photographs – poor light and breezy. In the past I’ve avoided shutter priority to fix a fast shutter speed, as it has no option but to hike the ISO up when the lens won’t open any wider. However, I’ve been impressed by other folks’ results with the same gear I’m using, so have started experimenting more with shutter priority. It’s also good for freezing action shots, like ‘fish in play’, and ‘line in the air’. All the shots opposite were in shutter priority with either 1/500 or 1/750 s, f 4 to f 6.7, ISO 400 to 800. Bit grainier than usual, but OK. Canon 40D with 24-105 IS and 100-400 IS. 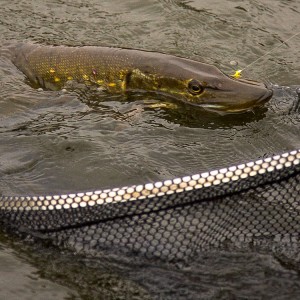 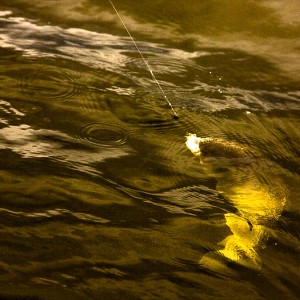 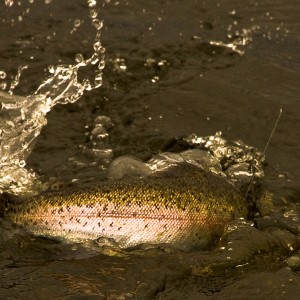 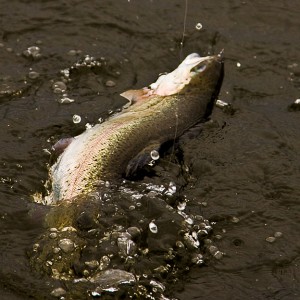 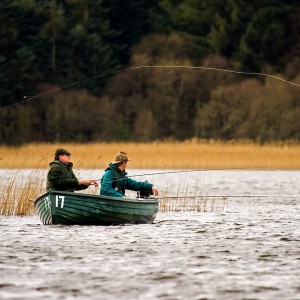