A bit of a near-miss, conditions-wise. Temperature was lovely and warm the day before, but dropped like a stone overnight. Wind was southerly (thought that should be a warm direction!!!) a lot of the time, which is awkward for Carron, blowing across the water and buggering up the drifts, and was swirling, changing direction, almost calm one minute, blowing up a squall the next. We’ll use that as this week’s excuse for not doing a bit better.

Adrian coats and I started up in Carron Bay, and were straight into fish, both pulling with wets on DI3s (muddlers, Kates, etc). However, that lasted just one drift before it went off. A few fish were showing (a few buzzers hatching) and so we gave dries a try, and that picked up a few more over the next couple of hours (Adams hopper, black Klinkhammer). Just when it was all going quite well, it went and brightened-up and that put the fish down. So, it was back to pulling, and again it was worth a few more fish.

Mid-afternoon, and we decided to work our way back up the water. We stopped in on a deserted Binns Bay (not a favourite of either Adrian or I), and were pleasantly surprised when we were rewarded by 3 good fish up in the top corner. Another move on down and we spotted 5 boats in Burnhouse, so went in for a look… but it seemed dead. On again, and another couple of stops along the south shore saw us get a bit more sport to dries for me, and a good bit of late action to Adrian, pulling wets on floating line.

Ian Mac had 6 on dries beyond Carron Bay

Dougie Skedd had 9 mostly to dries (Klinkhammer) and mostly in Burnhouse Bay (after we’d been in and dismissed it!)

Hugh Thomson landed a powan (and I think someone else did, but my memory fails me yet again!) 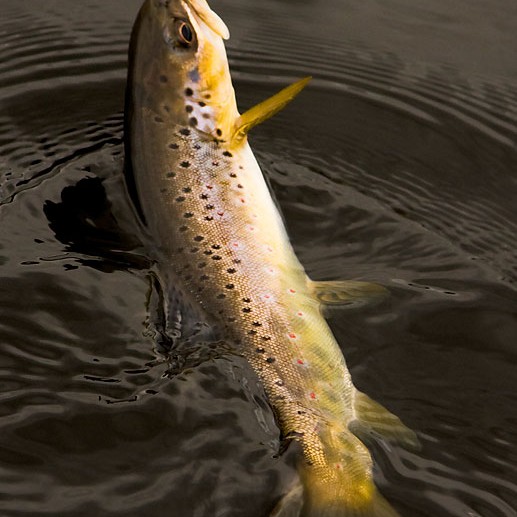 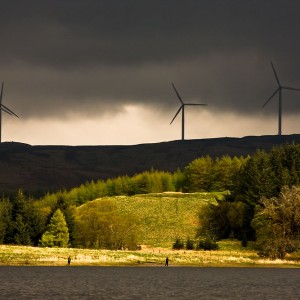 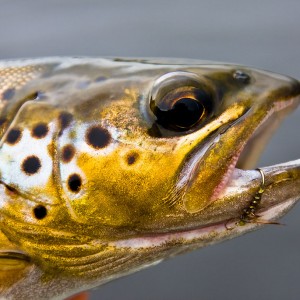 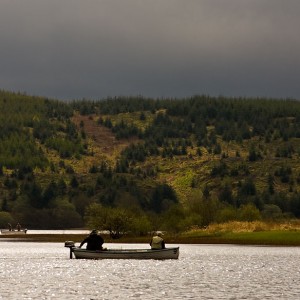