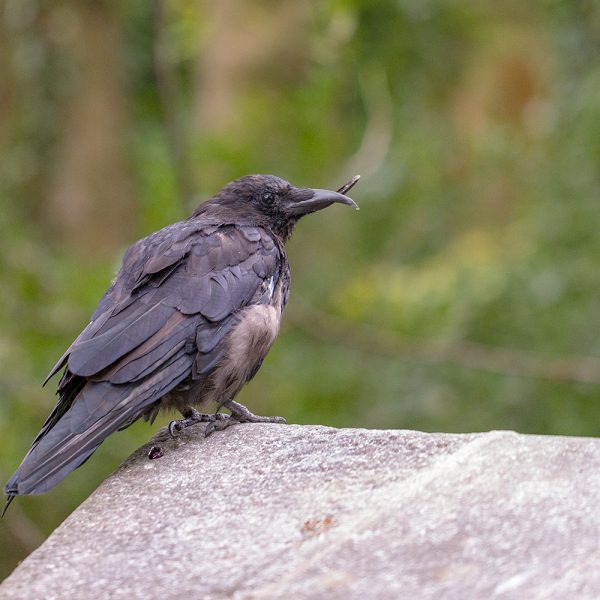 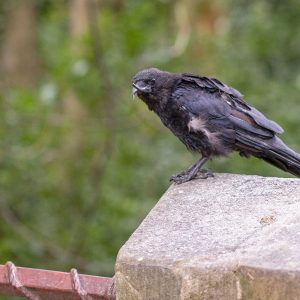 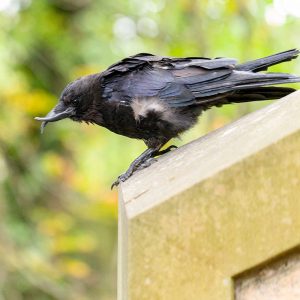 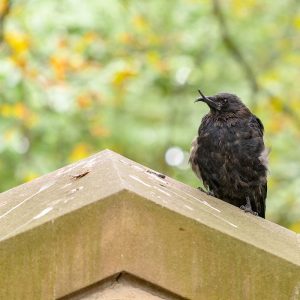 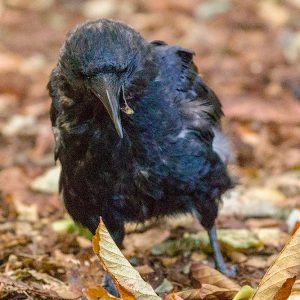 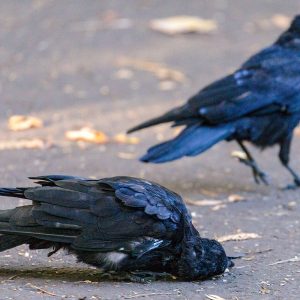 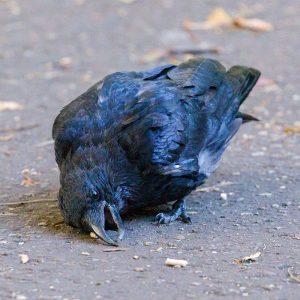 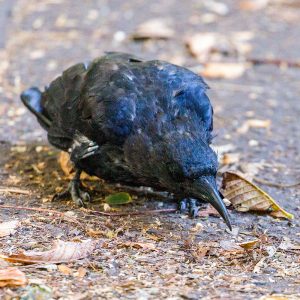 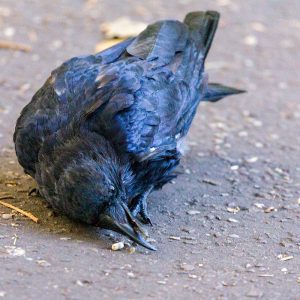 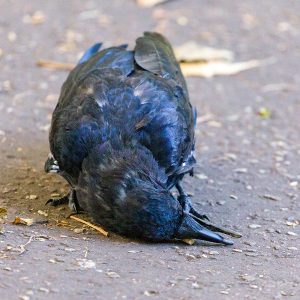 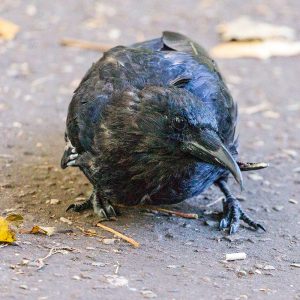 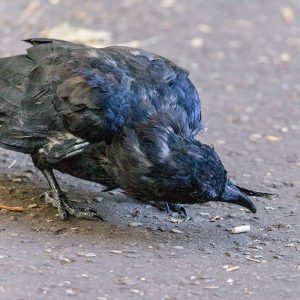 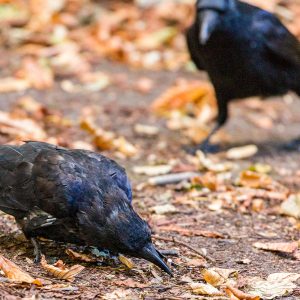 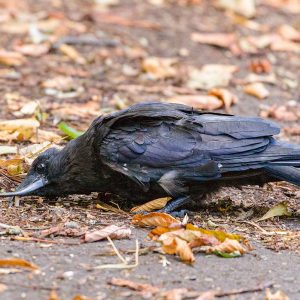 Spotted this guy along the cycle path at the Warriston Crematorium area.  As well as being partly leucistic (as many Edinburgh crows are), he has a more significant mutation, which is referred to as ‘crossed-bill syndrome‘.  It seems to be quite common in birds, and I would be inclined to suspect it was the origin of how a group of finches evolved into the crossbills.

I first spotted him while passing-by with the camera in the bag, and the macro lens on, in case of interesting autumn fungi or any late flowers.  Having spotted it, I stopped and waited to see if it would suss me as having stopped on its account and so fly away. He was good with me stopping, though he marked my card. Next step was to get the camera out the bag without spooking him. He watched me doing it, but was still OK about it.  I fired-off a few quick frames, to make sure of getting something. That might have been the warning signal for him to fly-off. He was still fine with me being there, so I took a few seconds to adjust settings, and then attempted to get a wee bit closer. I fired away at him – all the time with him being aware of me, and accepting I wasn’t trying to kill him.

I finally took a step closer than he was comfortable with, and he hopped down on to the cycle path and skipped across it in front of two passing women with prams, who also clocked how odd he was. I then had a chat with the two women on his countenance.

Interested to see how he went about feeding with the deformity, next time I went out for a walk, I took some suet pellets and the 100-400 mm lens.  He was in the same place, with 3 other crows.  I scattered some suet pellets on the ground and watched.  He obviously had a system: press face onto ground and claw at food!  The other thing that was obvious was that his disability had caused him to make a mark for himself among his peers.  Any arguments over a piece of food, and he bullied the other crows out the way.

Hard going for him, though.  Watching him, he was having to scrape away at the ground, and often make several attempts for each piece of food before scooping it up successfully.  However, he’s obviously surviving!  Very low light for the long lens shots, and so very high ISO (mostly 20,000).