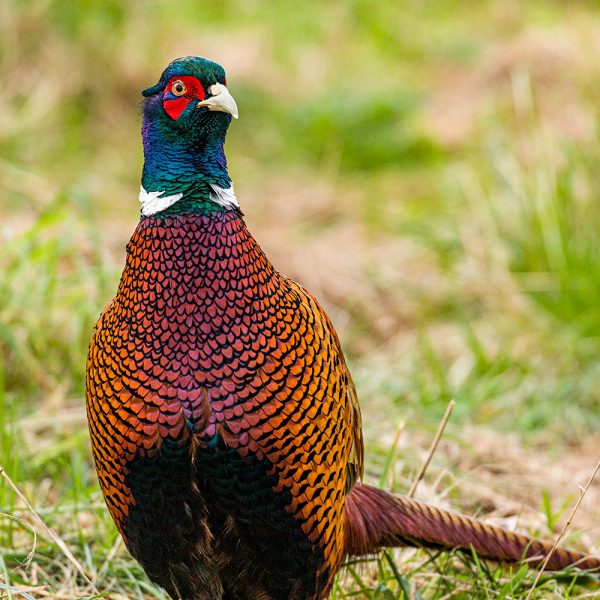 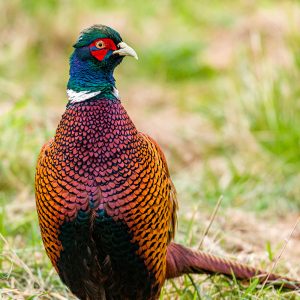 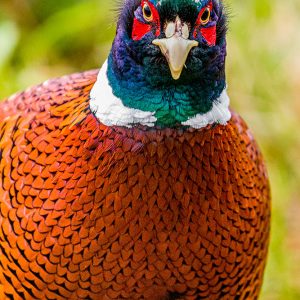 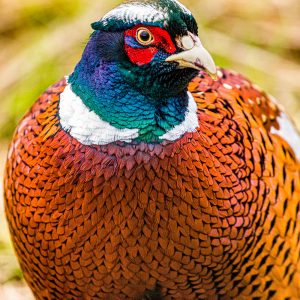 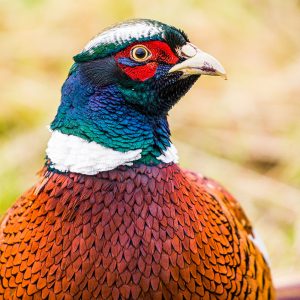 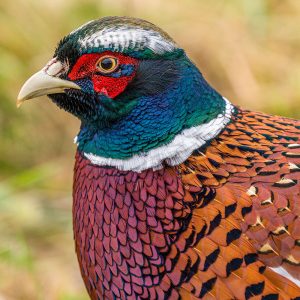 Went up Arthur’s Seat in search of the otter on Dunsapie Loch.  He was a no-show.  However, a couple of male pheasants showed-up.  They were just wandering about, scratching in the grass for food.  I had my camera all set with the big lens plus x1.4 extender (140-560 mm), ready for long-distance otter shots.  I started taking shots of them and moving closer… and taking shots… and moving closer…  I was waiting for the point that they started to move away from me.  Erm, no… they came up to me to see if I had any food for them!  As it happened, I had a bag of mixed seed on me.  I scattered some for them right at my feet.  That was quickly pecked-up.  Then I wondered, would they take it from my hand.  I offered them some.  No bother!  Taking it just like the robins in the Botanic Gardens.  Problem was you can’t take photos of them with a 140-560 mm lens when they are literally at your arm’s length!

They were obviously 2 young birds put down by a shoot to the south of the city.  They have done the right thing and got well away from the guns.  I said to them: “You stay right where you are guys.  You are doing the right thing!”  However, if the otter sees them (and he’s been filmed with a mallard in his mouth), they are going to be the easiest targets he’ll have had.