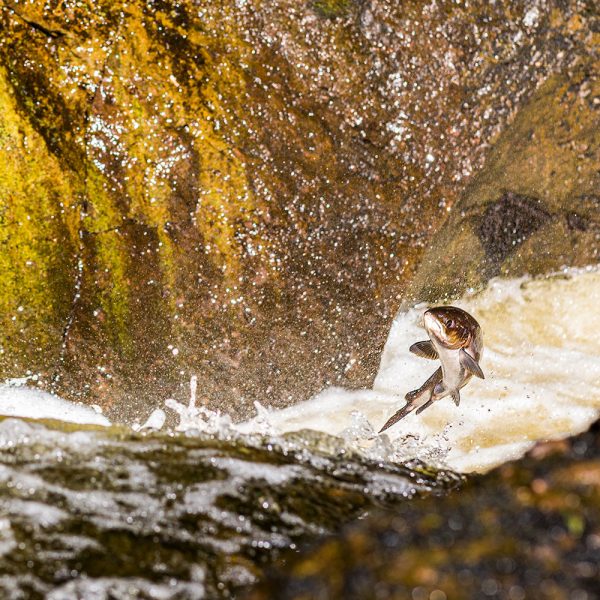 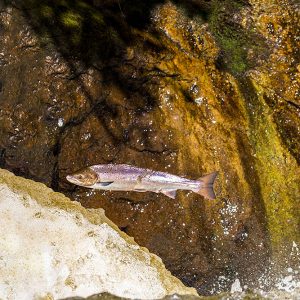 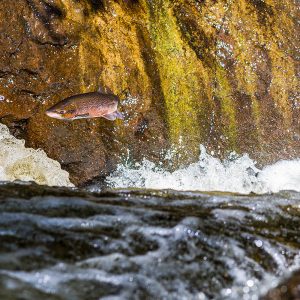 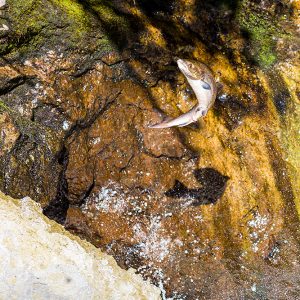 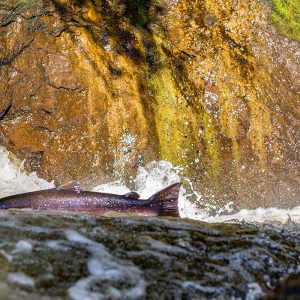 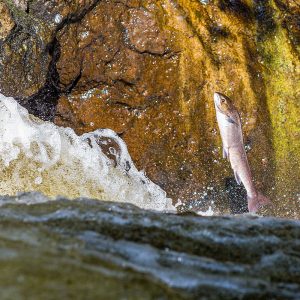 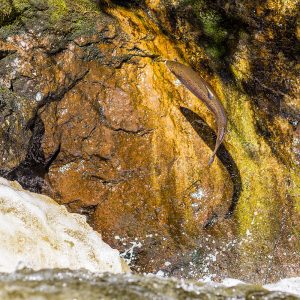 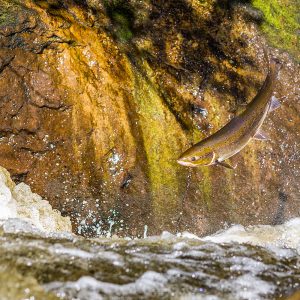 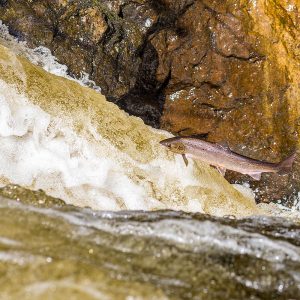 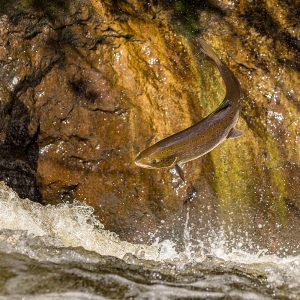 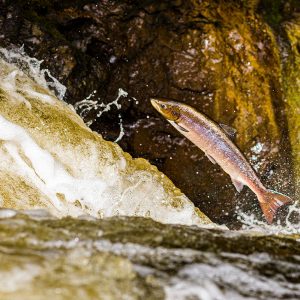 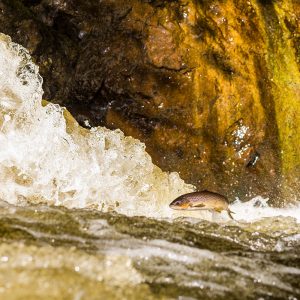 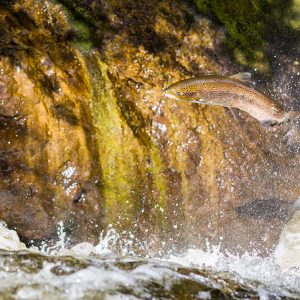 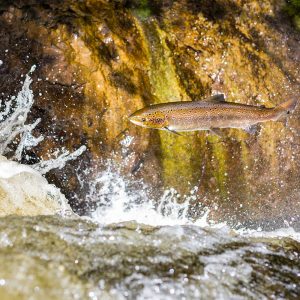 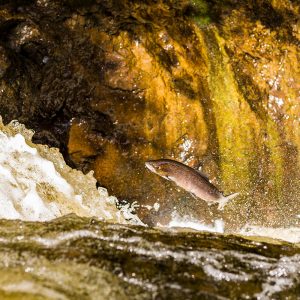 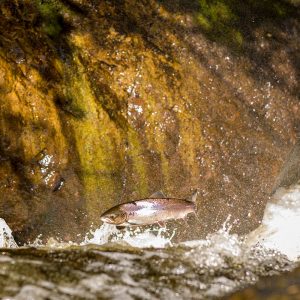 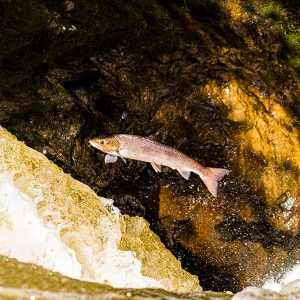 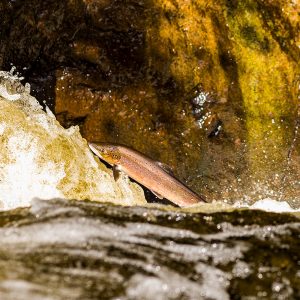 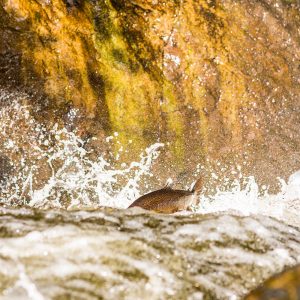 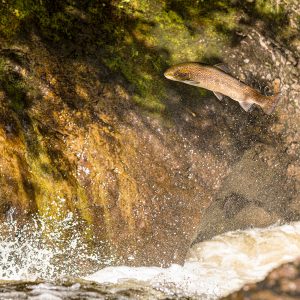 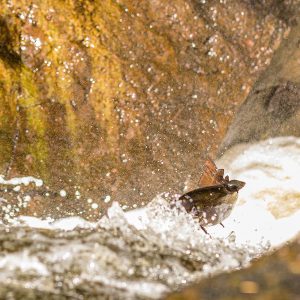 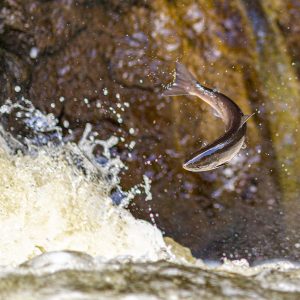 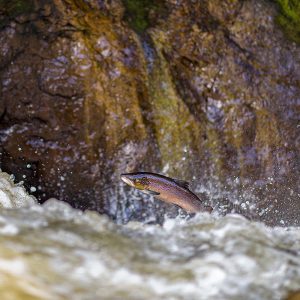 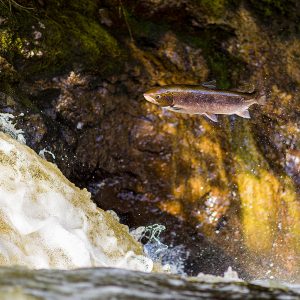 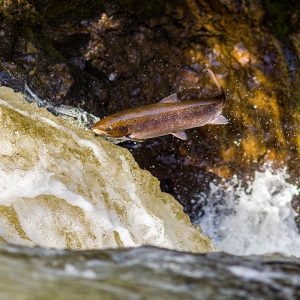 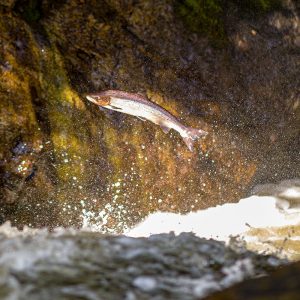 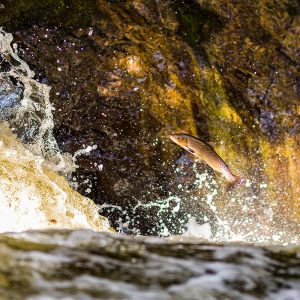 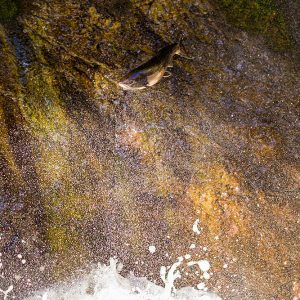 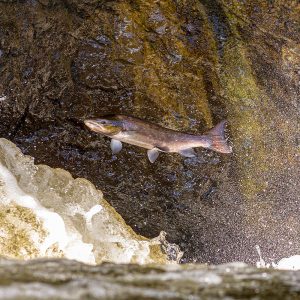 A visit following heavy rain and the river dropping to below 0.5 m on the Newtonbridge gauge, though that turned out to be still a tad high at Buchanty.  Very little until mid-day, after which there was a reasonable amount of activity.  A lot of the fish were small.  The river was an ideal height for them not to need to jump, but just swim right up it!  Tricky shooting conditions, as it was bright sunshine, which, though it helps with light levels creates a very contrasty scene with loads of blown highlights.

I went with the 85 mm f1.4, which is fine when you can get the prime spot overlooking the spout.  However, it being a Saturday, the best spots were already taken when I arrived.  I was pushed back a bit in my position and the 85 mm was just a little short.