With the wind coming SSE, Stewart Barnes and I drifted from just outside the boathouse, all the way across home bay, round the shoulder and up the west arm to the lily beds.  Not a lot happening until we got within range of the lilies, and then there were fish everywhere.  Several were holding station in the water with the tips of their tails sticking out like wee sails.  Never seen anything quite like it before.  Only lasted a few minutes, then it was down to business.  We had good sport, though the fish were divided into 2 distinct camps.  Type A were prepared to show at your dry once (lift and cover again), show again, (lift and cover again), show again, and maybe even again a 4th time.  But these guys never took the fly down with them.  Type B would only show once, but that was all they needed to do, as they took the fly down no bother.  It paid to give them a second before lifting, though.  Our stand out patterns were size 10 sedge-hogs and size 12 half-hogs.

There were a few fish rising throughout the day, except for about an hour mid-afternoon when the rain was at its heaviest and, though they were only ever up once, an accurate cover (wind allowing) got a reasonable response rate.

The main alternative to drifting the shallow weedy water with dries was to anchor up in the deeper water of the main basin, which is what Gary Wright did, to take a good bag to figure-of-eighted muddlers and cormorants on floating line. 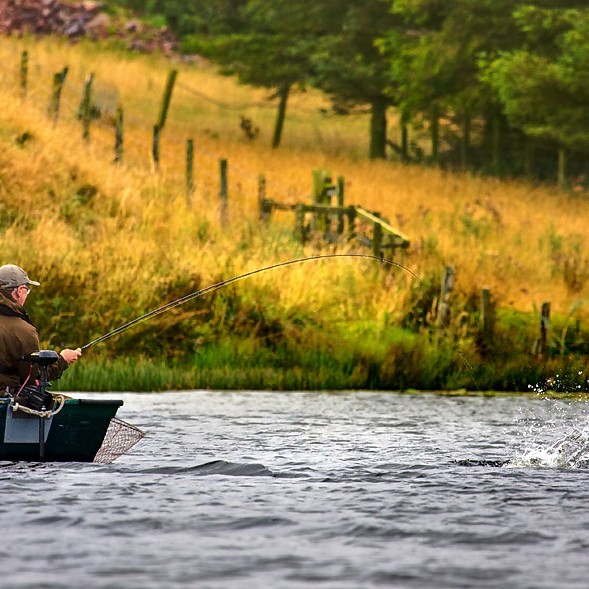 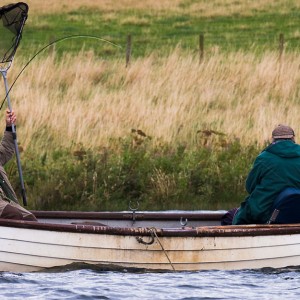 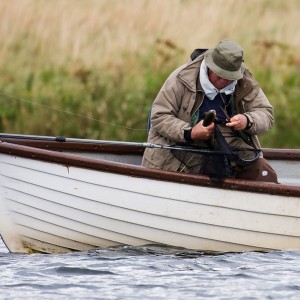 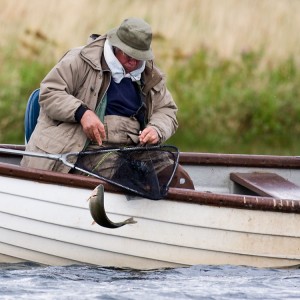 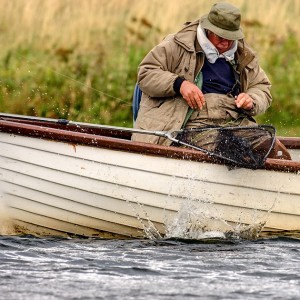 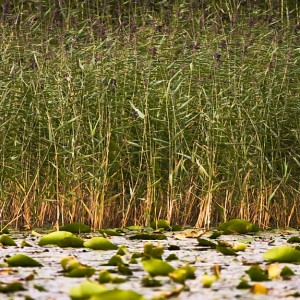 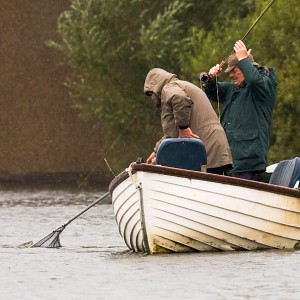