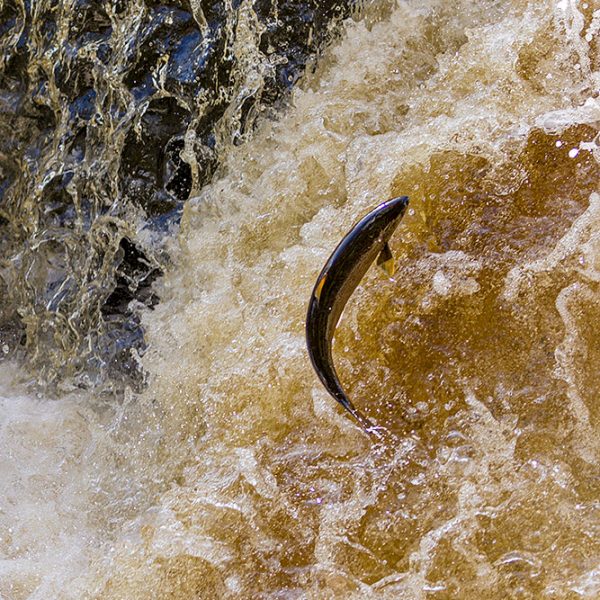 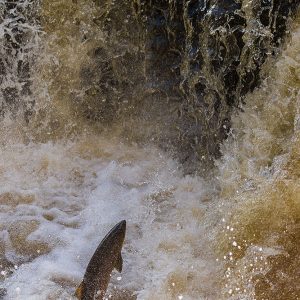 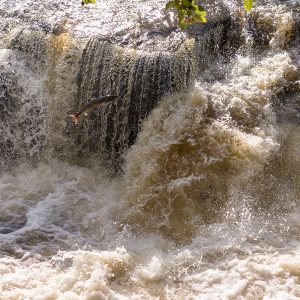 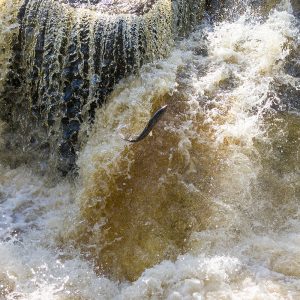 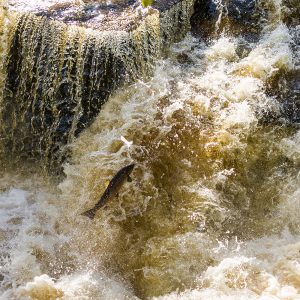 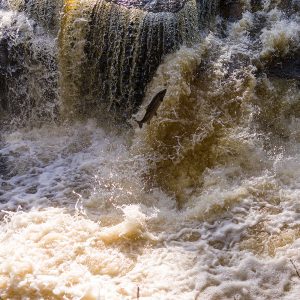 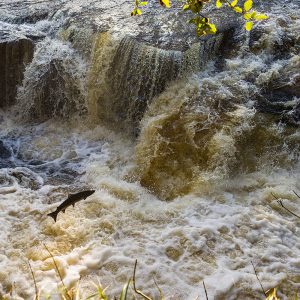 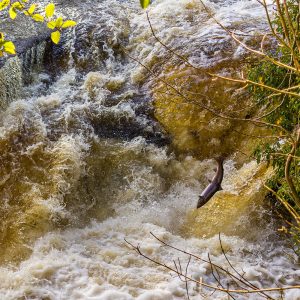 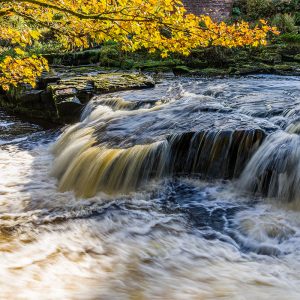 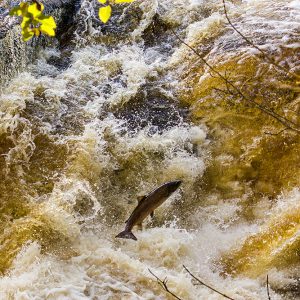 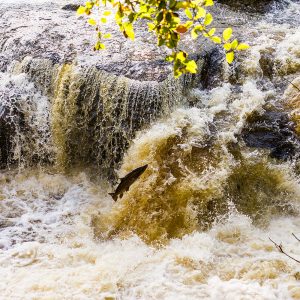 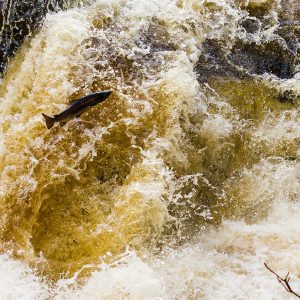 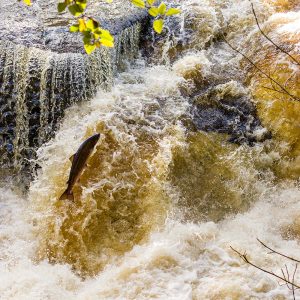 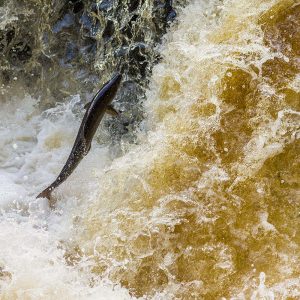 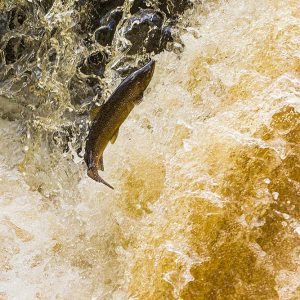 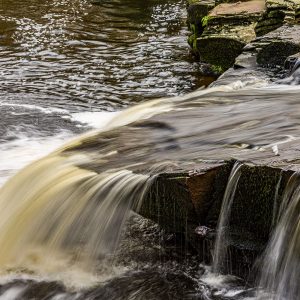 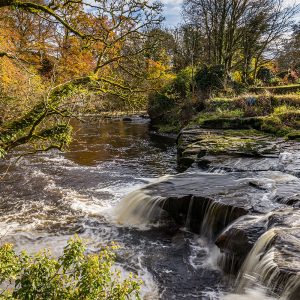 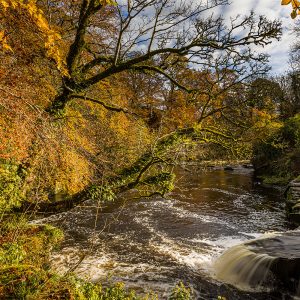 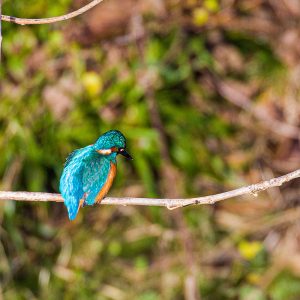 This was a first visit to the Pots of Gartness on the River Endrick to try to photograph leaping salmon and trout.  Arrived and no signs initially.  It looked a good height for running, but maybe a tad high for jumping.  As I watched, I started seeing a few backs swirling around in the foam, the way they do at Buchanty when it is on the high side for them to jump.  There are 2 basic options for positioning, same as at Buchanty – go upstream and point down, or downstream and point up.  However, the direction is reversed – the river is coming right to left.  One major handicap at Gartness – the sun is behind the fish, not the photographer, so there is a big tendency to get the fish in silhouette.  Flash might be an option?

The main problem, compared to Buchanty, is the framing and focusing on the fish.  At Buchanty, the spout is concentrated, and still it is difficult to get a fish to jump through where you are framing and focusing.  Gartness is a whole different game.  If there were a lot of fish jumping, you could frame an area and focus on a spot and wait, but with only a few jumping, as today, you have a whole vista below you and they could jump under your feet, or 10 yards across, at the far side of the falls.

As time went on, there were a few started to jump.  It turned out to be a very similar time-frame to the last visit at Buchanty – got going about 1 o’clock and tailed off at 3:00.  But I was chasing shadows.  I would see a couple jump at my side, and train the camera there… and then there would be 3 or 4 cracking chances – all about 5 yards the other side!  Only thing I could think to try was to go wide-angle.  I had started on the 70-200 mm and quickly decided 70 mm was too long.  The only thing I had packed shorter than that was my wee 24 mm f2.8 IS prime for a landscape shot if it arose.  So, I put that on.  That gave me the whole scene, so no matter where it jumped I would get a fish in the shot – albeit a landscape shot with a salmon in it, rather than a shot of a leaping salmon… but hey-ho – why not that for a change… was my thinking.

As it turned out, the next period was when they put in a decent number of jumps.  I would probably have gone back to the 70-200, or the 85 prime, which I also had with me, except that around now, loads of people started to arrive and cluster round me.  It was like one of those ‘Lochs and Glens’ coach trips had stopped by.  Most of the time I was there, I was alone or had one or two random folk mooching about, but right at the point of the maximum action, there were 15 (I counted them) maws, paws, kids, wains and grannies crowded round.  I didn’t fancy trying to change lenses in the middle of it.  Eventually, they filtered away, and I got the chance to put the 85 mm on, but it was after 3 by then, and 3:00 seems to be when they just shut up shop for the day.

A second look on 6th November found the water at a good height, coming down from a big spike, but nothing doing – maybe just too late?