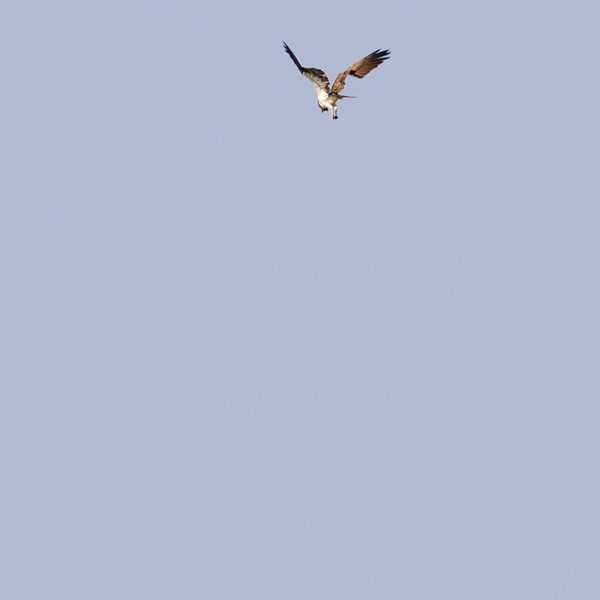 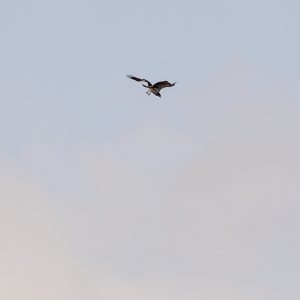 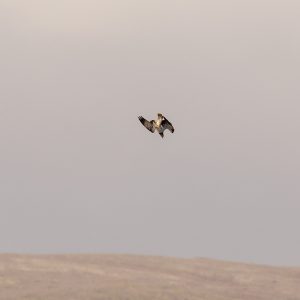 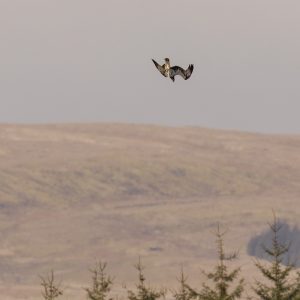 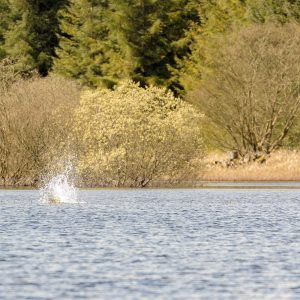 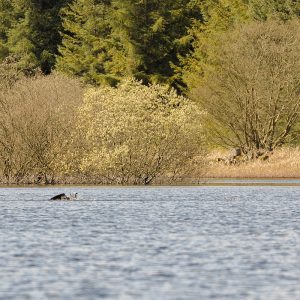 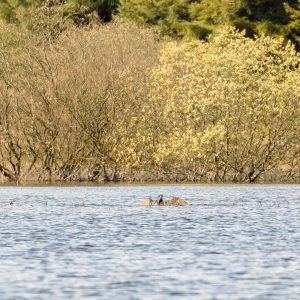 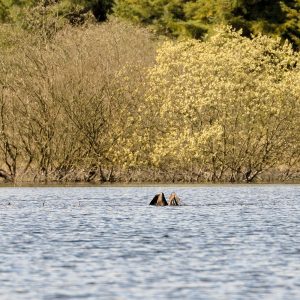 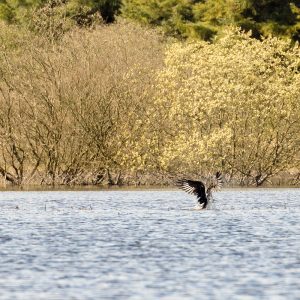 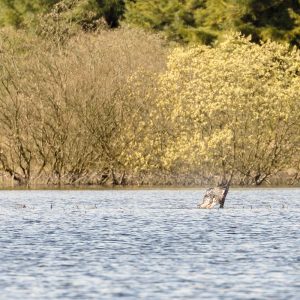 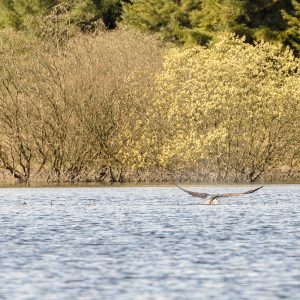 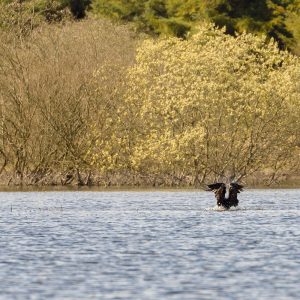 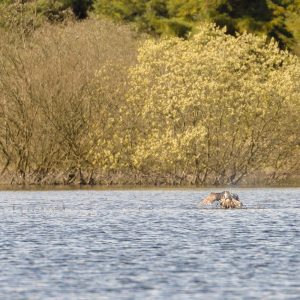 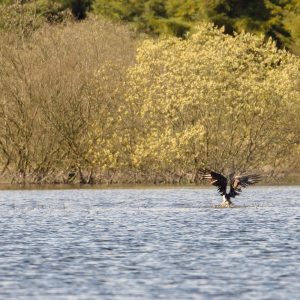 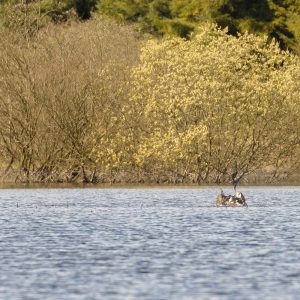 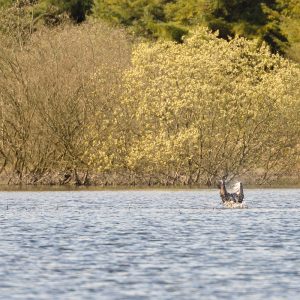 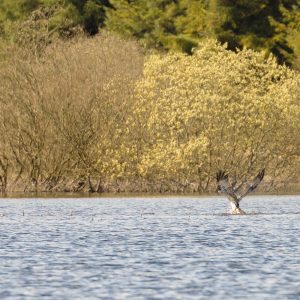 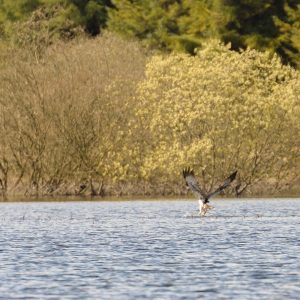 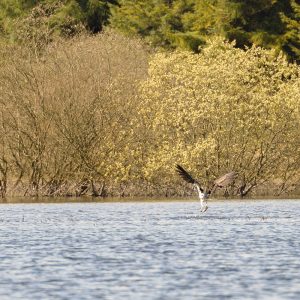 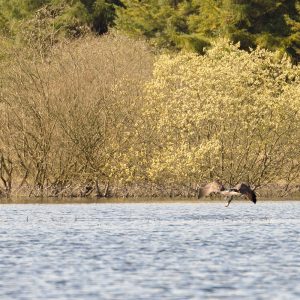 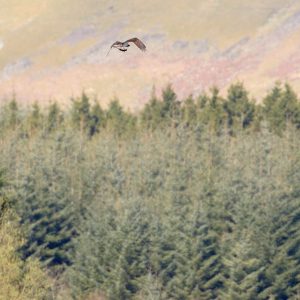 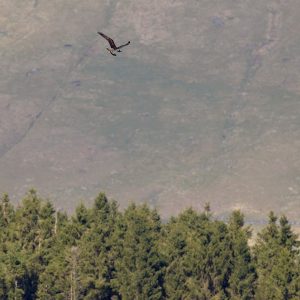 Shot at Carron Valley Reservoir, while fishing.  Camera settings not ideal – just had to go with what it was set for when I saw the chance (which was trout in play action).  Main issue was the autofocus, as it was set to change quickly for new subjects entering the frame, and got fooled by the trees in the background as soon as it dived in front of them.  The osprey nailed a sizable rainbow trout, which was on its payload limit – it had a royal struggle to get airborne with it, but it got there eventually.