Would the Loch again be a bowl of green pea soup covered with giant croutons as the bird lovers and parents hurled slices of pan loaf at the large numbers of rather plump grebes, swans, geese, ducks, seagulls, terns, magpies, woodpigeons and crows?

Would we again have had enough by 1400 hrs? Seven of us went to find out.

The weather forecast for Sunday (from XC weather) was bright sun with a light NNE wind and an air temperature of 11 degrees Celsius, what we got was typical autumnal weather: bright sun, a NNW wind that moved NE then to the East. The air temp at the start was 9, climbing to 14 after lunch. The water temp was 13 at six feet and 15 at three feet. However, the loch was a pleasant surprise – clear water, with the weed having died back, so allowing easy access to and from the jetty.
We were advised that the fish were back on the buzzer – best colour being black. Diawl bachs, boobies and lures were also recommended, so no help in fly selection. We were told that during the last week some fish of 10 and 11 pounds had been taken, so we were hoping that the Cronie’s Quaich was still up for grabs.

Now for the sore bit, seven of us managed to catch ten fish – and the Quaich wasn’t challenged on this outing.

Best boat was Trevor Gibson and John Levy – 5 fish for 11lbs 4 ozs. Trevor used a DI3 and a minky booby, John a black diawl bach and a midge tip line.

Our elder statesman, Eric caught two strong fish within 30 minutes. Prior to that he had a fish on for a second or two before it came off, at which point he brushed up on his Anglo-Saxon. Most informative – I have picked up a few new phrases.

It was a long hard day, cold most of the time with the only boat catching being Trevor and John Levy. We also saw Jim Walker play a strong fish for about 30 seconds, then it came off. Jim should be commended for his restraint. After that, Eric and I spent a pleasant afternoon practicing our casting and chatting about… sorry I forget… it must be an age thing.

So that was it, we all went home tired but happy, happy that the Loch was in better heart than last year and looking forward to our next visit when we may get a soft west wind and some cloud cover. 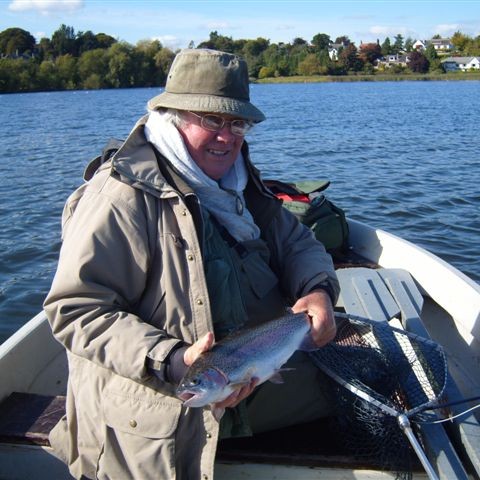 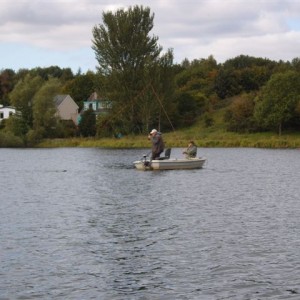