A decidedly autumnal feel to our last outing of the season.  Made more so by a fresh easterly breeze that lasted the whole day.  However, it was dry and we had nearly 100% cloud cover – albeit that cold-feeling misty sort.  Quint recommended Lochend as being worth a look.  Thought it might fit in with looking for a chance on dries along the road shore – what with it being at the head of the wind, with the chance of stuff being blown out the trees.  So, Tam Forrest and me set off to work our way down that direction.

Our first port of call was International Bay.  It was calm and sheltered in the corner.  Nothing showing, and we both put out washing lines – Tam on a 3 ft midge tip, me on a slow glass.  That produced a fish each in the first half hour – Tam’s to a cormorant, mine to the booby on the tail.  That brief initial flurry was all there was to be had, and after we had waited to be sure, we headed off down the road shore.

A couple of fruitless stops along the way brought us to the point of the quarry.  Here was a perfect set up for some late season dry fly action – a calm patch between 2 wind directions and loads of leaf litter and scrot collected in it for the fish to be having a look at.  We sat and waited and looked.  Sure enough, after a short while we spotted a wee delicate rise among the litter.  Then another.  Eventually there was one within covering distance, and a cover with a claret half hog put it in the boat.  Shortly after, another fish appeared – this one with ‘catch me’ tattooed on its forehead.    Alas, the window of opportunity was all too brief, and the risers disappeared.  We waited to be sure that we were now just sitting on our thumbs.  We were.

We worked our way on down and across to Tod Hole, another tip from Quint.  We were now out in the breeze, and a change to pulling stuff was required.  There didn’t seem to be much doing there (apart from some willing jack pike – they like yellow!).  We decided to go for the grand tour.  A visit to sandy bay put us back in sheltered water with more mouth-watering leaf litter.  Alas, no risers.  We decided against a move on down to the heronry and the plantation and instead went across for a look at Gateside.  It was quiet enough, and we started in at the upwind east shore – at the burn mouth.  We quickly landed a nice blue to a cat booby on a DI-3, which was enough to persuade us to hang around and give it a bit attention.

We let the wind blow us out and down the rope to the downwind, west shore.  A couple of guys Tam knew were in Boat 27 and were doing the same drift.  Both our boats started to pick up fish as we went on.  We repeated the drift up and down the west shore and had steady sport for the next hour or so.  Line and pattern of fly didn’t matter a sook – fish were hooked on floater, midge-tip, intermediate and DI-3, and on muddlers, nymphs and boobies.  however, retrieve definitely did matter.  It was a weird one – one of those that you don’t really do deliberately, but gradually realise is going on… a bit by accident.   The impression we got was that you wanted a booby on the tail, chuck it out, bring it back, then just let it all go slack in front of you.  Give it a while, then lift it up – and Bob was your uncle.

Eventually the fish in the box we had marked out had had enough of our efforts and they put up the shutters on us.  We went back up the wind to have another go at the east shore, but by now there were half a dozen boats camped in the area, and we moved on.  Thought it was worth a go in the hotel bay/reedy bay/Sam’s point area, which had come on late in the day on the last couple of outings.  We gave it a solid go, but we didn’t get a single offer all the way down the drift.

Just time for a last go back where we started in International Bay – nothing doing by the time we got there, but there had been some afternoon action to dries – enjoyed by Dougie Skedd, Ed Green and John Miller – in the International Bay to Shear Point and round to the harbour area – all picking up more of that head-of-the-wind-leaf-litter set-up.

Ian and Gavin Macdonald fished the day down at Lochend, taking 3 apiece.  While they both fished slime line, Ian pulled wets, catching on a green Peter muddler and claret dabbler, while Gavin fished a washing line of orange booby and black buzzer.

Stewart Barnes and Fraser Gault were struggling until they had a try at the shoreline between the heronry and the plantation.  That saved the day for them.  They landed 7 fish up there, with Stewart catching on intermediate and floater (black cat and cormorant), and Fraser figure-of-eighting dries (size 10 claret half-hog). 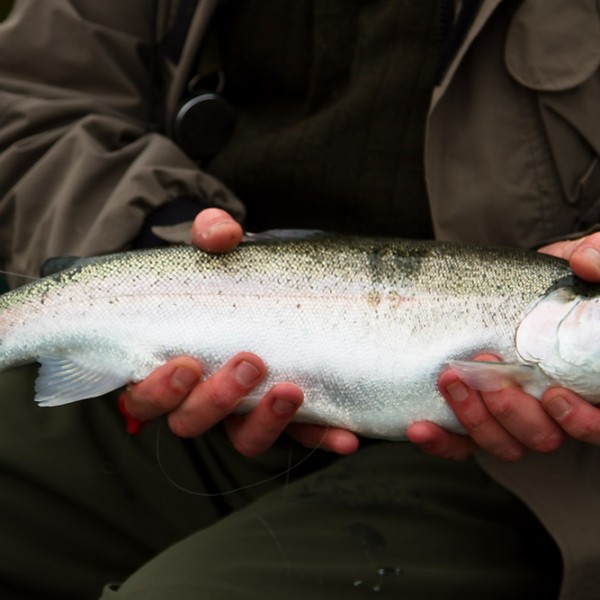 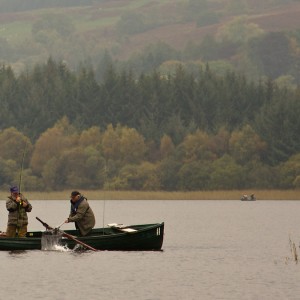 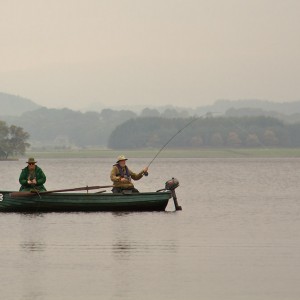 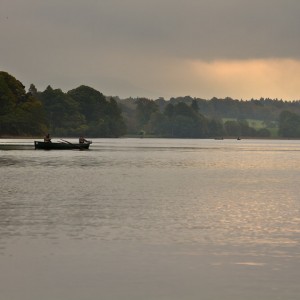 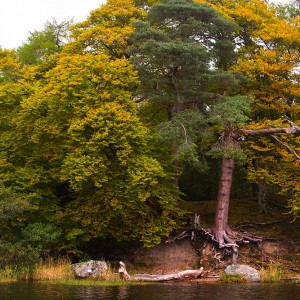 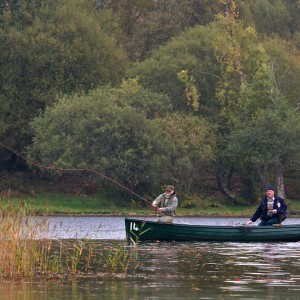 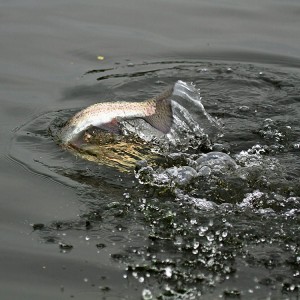 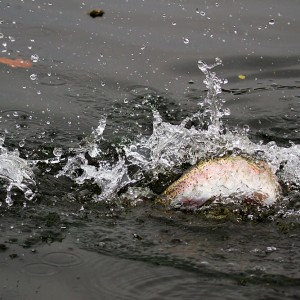 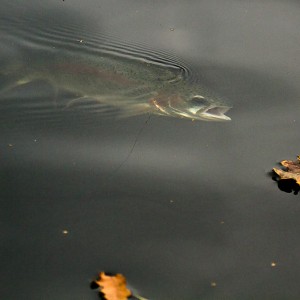 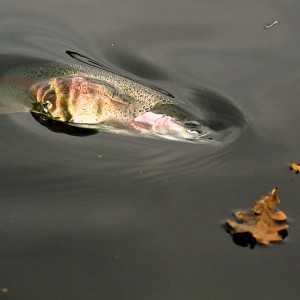 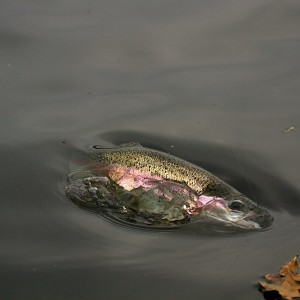 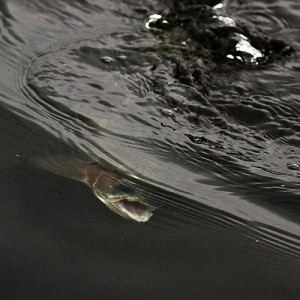 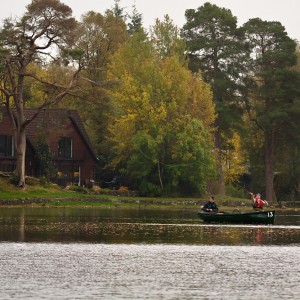 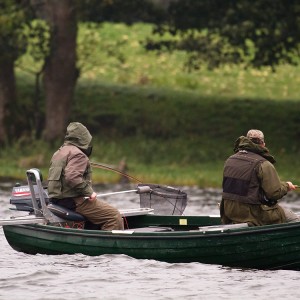