The forecast said heavy rain and a good breeze, but what we got was misty, heavy drizzle and flat calm. Eric Begbie and I set up with dries and headed out looking for the feeding residents I had found on the last 2 outings – centred on the shallows at the 2 buoys and up at the plantation. The residents were there at the buoys, and they were going at the smattering of buzzers that were hatching but, Jeez, every time you got yourself set up, a boat would drive right through your pitch and put the fish down.

We gave up on those ones and had a look up the heronry and the plantation. One or two fish on the go, but very spread and skittish. We never really got a shot at those ones.

We went for a look at the rookery. Fish on the go there too – and a little more concentrated, so we stopped for a try at them. Difficult to interest to our dries, but boat 1, at the back of us, got tuned in with whatever method they were using (something on floaters) and we saw them take 4 fish to our none! The dreichness turned it up a notch and the fish disappeared. I was mixing it up with the 2nd rod, set up with a midge-tip and washing line, which had been a good tactic last time I was out. This time it wasn’t worth a sook.

We went for the grand tour – shear point, Internatonal bay, road shore, Kate’s Brae and the gravel pit. Not much to report. We ended up in front of Jimmy Nairn’s where, finally, Eric had a fish slash at his fly and I had one take my Adam’s hopper less than a minute later, only for it to open me out! Well, at least it was a start. We worked our way on the very light easterly that had materialised down past Bogle Knowe and Todd Hole. Eric switched to a medium sinker and some pulling flies and was quickly rewarded with our first fish – a decent blue. I gave up on the dries and followed Eric’s lead. Sure enough – as we drifted on down towards the butts I picked up my first of the day to a mini cat’s whisker on a DI-3. That one took a second after the flies landed – fish high in the water? A second come when reeling in – flies skimming across the top! I changed to an intermediate. Nothing else at the butts though. We went for a look at the hotel Bay/Sam’s point area.

That proved a decent move, as we picked up 3 more fish in the next spell. However, the rain then turned it up another notch on the dreich-ometer, and that seemed to put the tin lid on proceedings, and we made our soggy way to the beach.

The catch return cards were a bit sketchy when it comes to how everyone else did – 3 still missing! Alan Duncan – 4 on intermediate and floater. Guest M Mckenzie had 7 on floating line and crystal damsels in hotel bay. John Miller had 6 on dries in the heronry and road shore areas – black Shipmans (12) and claret hopper (14). Stewart Barclay had 8 on dries (claret Shipmans) mostly in the Lochend area. Dougie Skedd had 4 on claret Klinkhammer. Gavin Macdonald had 6 on slime line and booby/nymph combo. 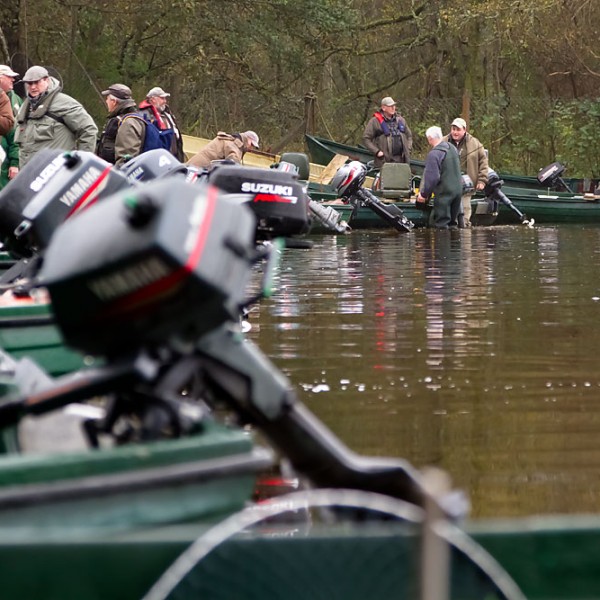 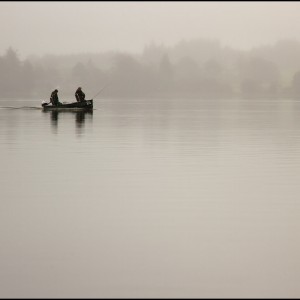 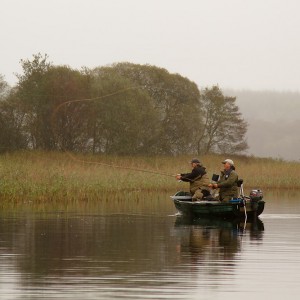 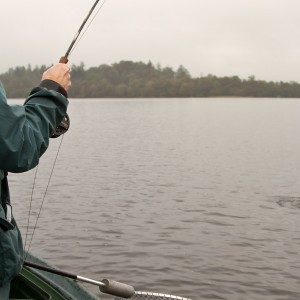 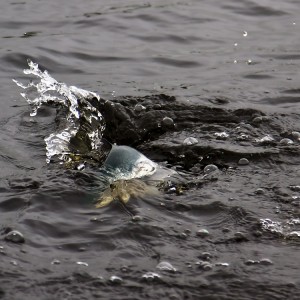 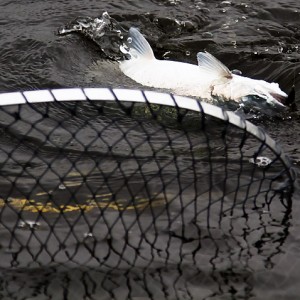 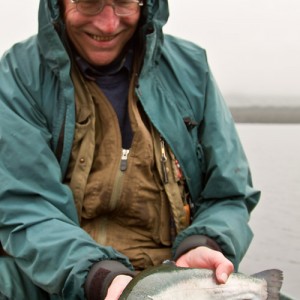