A sudden drop in temperature in the days leading up to our last outing of the season seemed to affect the fishing to a degree. The overall feeling was that it was quite tough. The day itself wasn’t too bad, though the wind, when it got up, was swirly, at times gusty, and variously off east, north east, and south east.

It was nice conditions at the 12:00 off. Dougie Skedd (still assigned to me as faithful retainer – though truth be told, I am swinging the lead with my leg now!) and I started at Sam’s point, drifting into the Rookery. With Dougie on a DI-2 and boobies and me on midge-tip and washing line, it wasn’t long before Dougie picked up first one, and then a second on a big white minkie booby.

We drifted on through the Rookery without further enquiry. The wind then got up and we couldn’t be arsed pulling (well, you can’t by October, can you?). So, we set up the 2nd rods with dries and went looking for risers in the calm spots. With the wind out the east, an obvious place to find feeding residents is Sandy Bay, and we went there for a look. Sure enough, there were one or two on the pop. I jagged one that came OTB to an Adams hopper. We saw that the best place was tight into the corner among the leaf litter, and we manoeuvred our boat to drift us down and into position.

Unfortunately, a single angler came straight in on top of them, caught one, and then as he drifted off them, he reversed his boat back up onto the spot again, and then again! When finally we were almost on top of him, he came round the back of us and took up position behind Dougie’s right ear. Dougie asked him politely if he would like to join us for a spot of lunch. I think he genuinely thought Dougie was being hospitable, rather than sarcastic! The fish had been put down by all this anyway, and we left him to it to try elsewhere.

A look in at Shear Point again showed there to be an occasional rise, and we sat and gave it a chance. Another OTB came my way – this time to the claret hopper on the tail. This time it stuck and produced a lump of about 3 lb. Dougie missed one by looking away – unusual for him – he usually hooks them by looking away!

Next place for a look was International Bay, where we spotted Euan Cluness and Ken Hastings landing a fish. We sat and let it settle. Again, we saw a few risers. This time I fresh-aired an OTB to the hoppers. That was all we could manage.

Kate’s Brae was a bit busy, so we hopped round to Lochend. Only very occasional fish here, though it was sheltered and even starting to fine away again. Dougie grew impatient and picked up the other rod. Good move, as 2 more fish fell for ‘Santa’s beard’. In the last wee spell before our self-imposed 6 p.m. finish, one or two fish started to show, but our attempts at them with the dries were good for nothing. The last hour might have been useful.

Euan and Ken finished with 2-apiece (no details). John Levy and Robert Wallace also had 2 apiece, with John taking his on blobs and midge-tip at the road shore. Top boat was John Miller and Jimmy McBride, fishing Gateside and Lochend, with 3-apiece. They fished midge-tip and intermediate with black lures and cormorant boobies.

The club’s 16 rods landed 21 fish, with 6 blanks! At least the light was reasonable for taking a few photos – about the first outing this year where I can say that.

We retired to Poppies in Calendar, where we had an excellent meal. Afterwards, Club President, Euan Cluness presented the trophies for 2013. New club Champion, Derek Kilgour was unable to attend. Runner-up Trevor Gibson picked up Tam’s Trophy, and also the Cronies’ Quaich for the largest fish – his lump of a last gasp rainbow on Carron. John Miller collected the Singer Trophy for the best total by a senior member.

After the meal, we were entertained by our own Rambling Syd Rumpo, aka Ken Hastings. 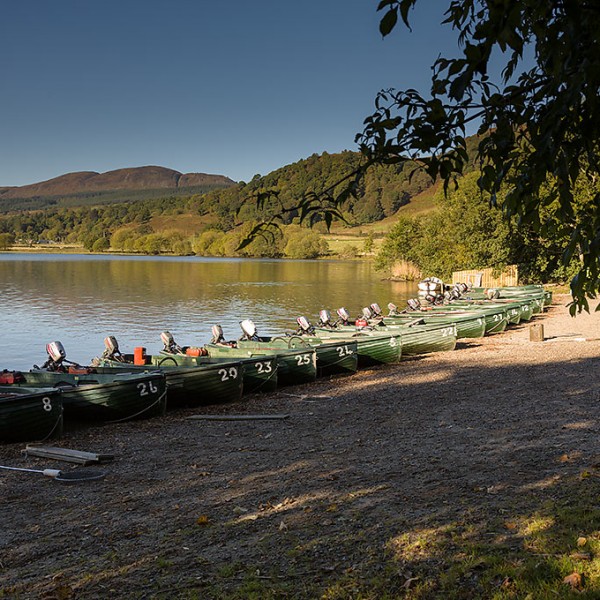 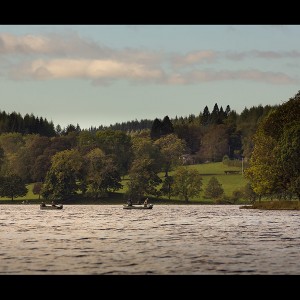 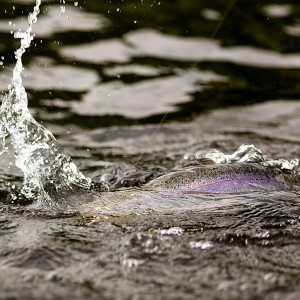 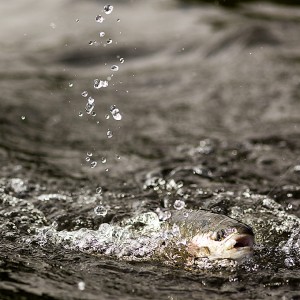 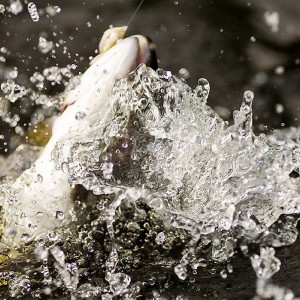 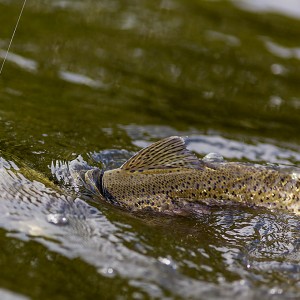 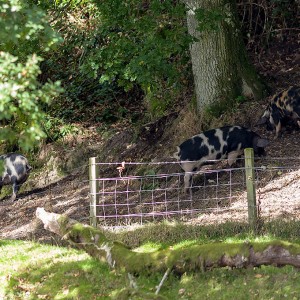 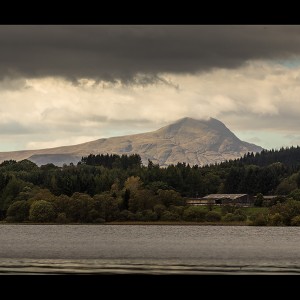 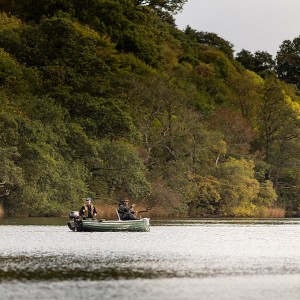 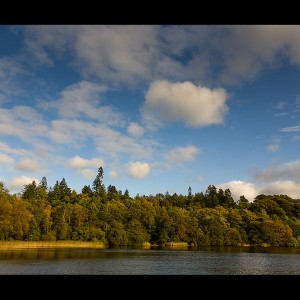 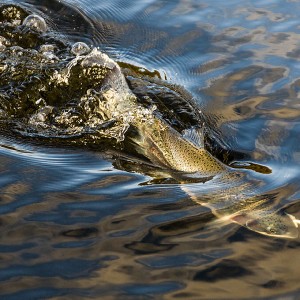 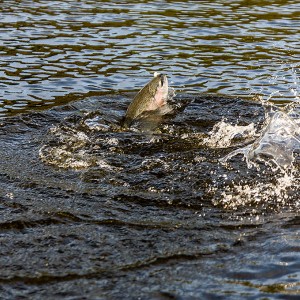 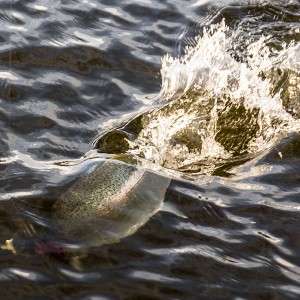 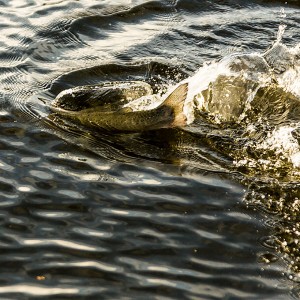 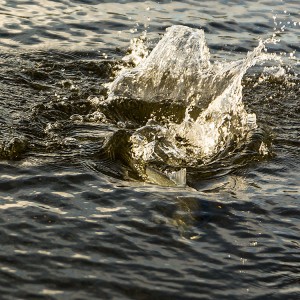 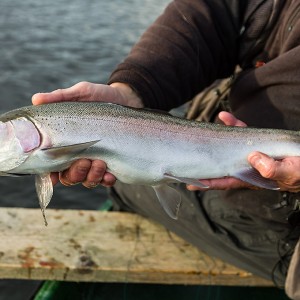 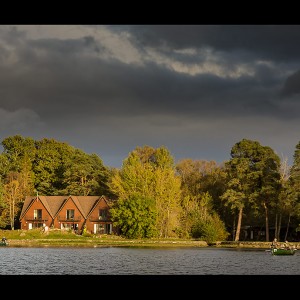 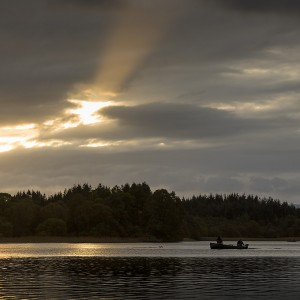 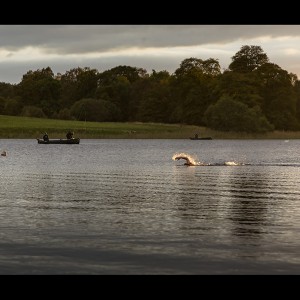 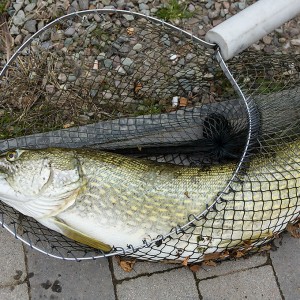 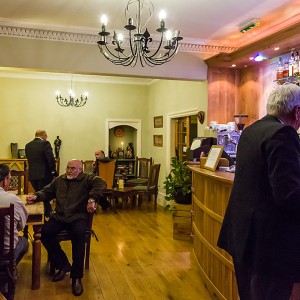 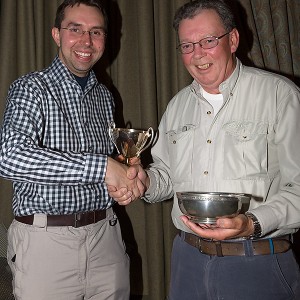 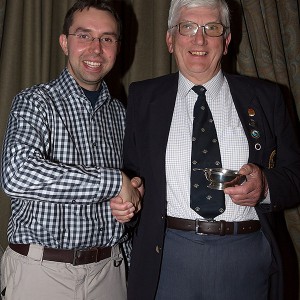 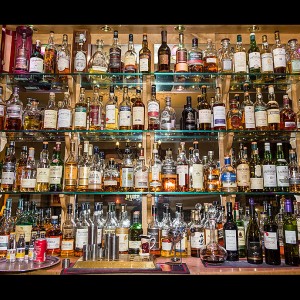 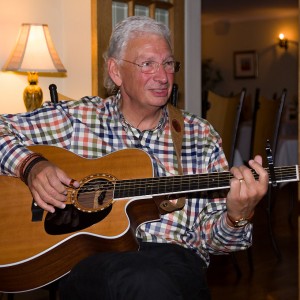