Last outing of 2009 and, given some decent weather, a last chance to hunt some late season scrot pickers with the dry fly. Dougie Skedd and I started out and meandered our way up the water, trying to drop in on the groups of risers we were seeing, going up through the crannog, and on towards the front shore of Inchmahome. They weren’t easy to get a throw at… I guess by this point in the season the residents have seen a bit action and are older and wiser for it. One fresh-air shot was all we managed in this period.

The sun then put in an appearance, which put the risers down. Dougie switched to the other rod for a spell and picked up our first fish, taken to a red holo buzzer. We worked our way round into the heronry. I gave up on dries too for a bit, and I had a couple of hits to slow glass and figure-of-eighted nymphy stuff without a connection.

Then we spotted some risers in the corner of sandy bay. We picked up the dry fly rods again and sidled our way in onto them. Success! Dougie had fish to a size 16 black gnat, and I caught on the claret half hog. While there was no particular trend to Dougie’s offers, what stuck out with me was that every fish I connected with was from a cover, while every fish that came at me ‘out the blue’ produced no contact. That continued for the rest of the day.

What would have been fish of the day was one that took me on a long range cover. It went ballistic – ran me on to the backing, then started jumping out the water again and again. Unfortunately, when I originally cast to it, my leader flopped back on itself (I really must learn to cast) and the fish found the tail, so I had about 10 feet of slack to take up before I made contact and that meant I didn’t get a great initial hold. The inevitable happened – after playing it for about 5 minutes, it fell off!

Eventually, the heronry went quiet, so we went round the corner and had a look at the tip of Arnmach promontory – always a good spot to find a scrot picker. Nothing doing, so we had a look down at the reeds to the west of Tod Hole – where we had a close encounter with some likely lads in September. No sign of them, though we had a couple of missed chances to dries and neutral density suspenders.

So, we made our way back up. By this time a moderate westerly had arisen, and we dropped in behind Inchmahome to have a look for risers in the calm water. It needed patience – sit and wait and watch… Sure enough – there was a rise… and there another… and another. They were classic scrot pickers, working their way back and forth along the fringes of the weed beds. We caught one, but only one. They’ve probably been there most of the season, so even getting one felt like a victory.

Finally, we made the short move to the Rookery, and were lucky to get a bit of late activity on the top. Two landed on dries, and one that would have been, had Dougie’s line not formed a knot that ran up into the rings and ended in a ‘ping’ and an accompanying cry of anguish.

Trevor Gibson: 4 to midge-tip and lures, figure-of-eighted at Shear Point

Ian Macdonald: 4 to dries in the heronry

Stewart Barnes: 4 on damsel and nymphs, figure-of-eighted and slow pulls on midge-tip, in the Rookery and Sandy Bay

Ed Green – 3 to dries in the heronry 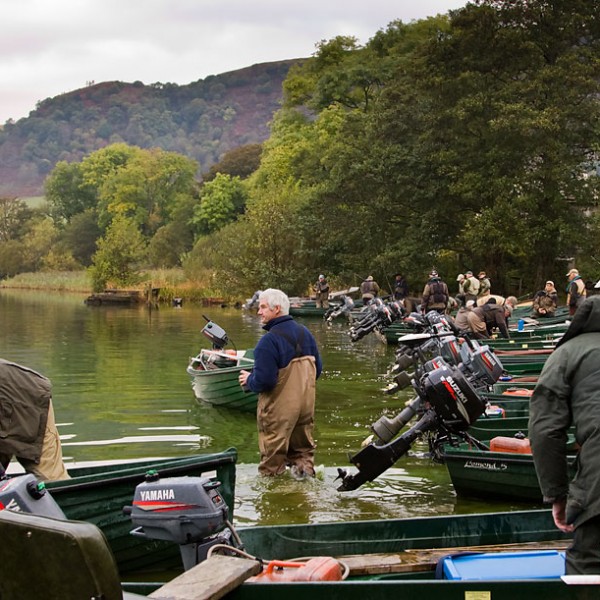 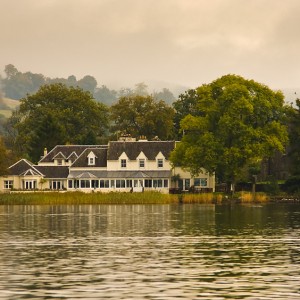 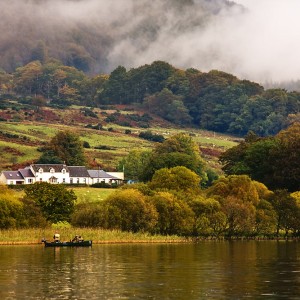 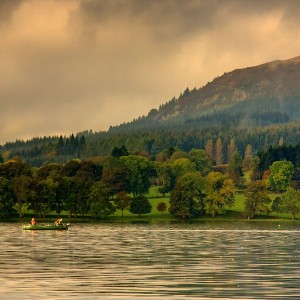 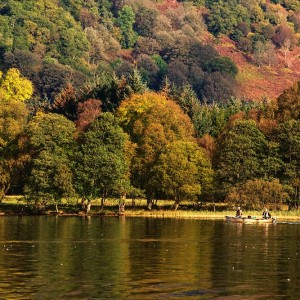 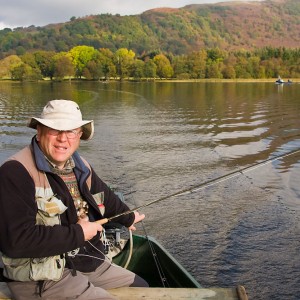 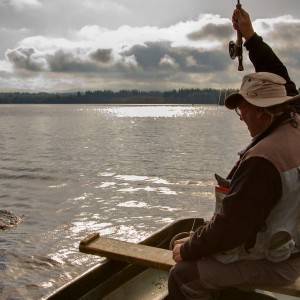 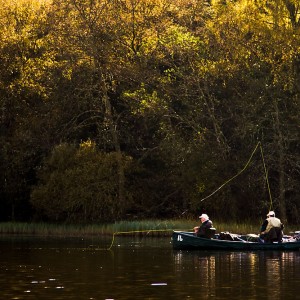 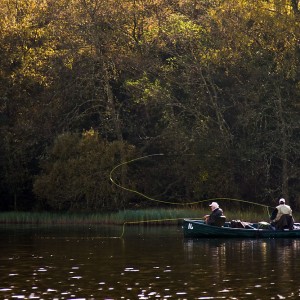 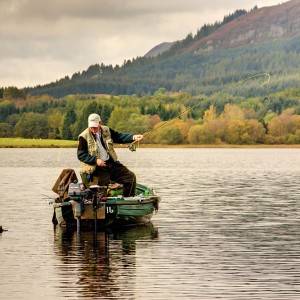 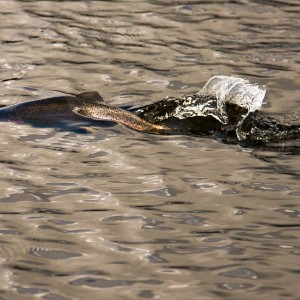 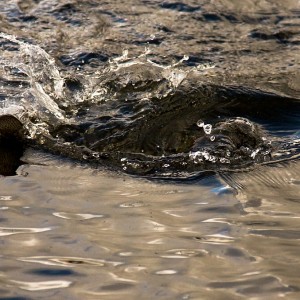 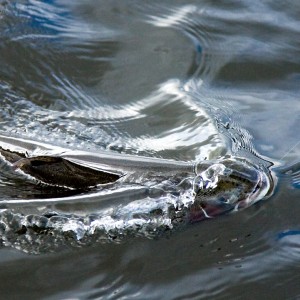 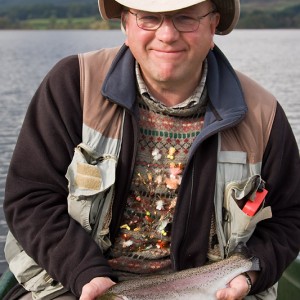 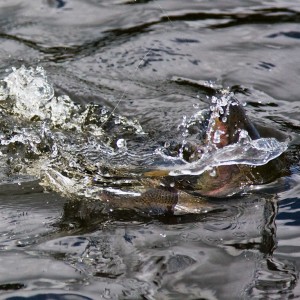 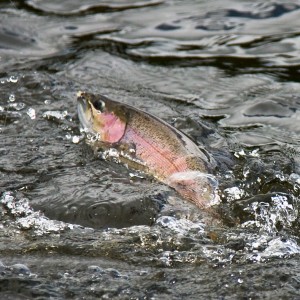 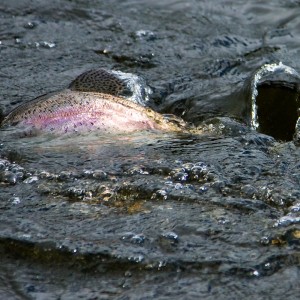 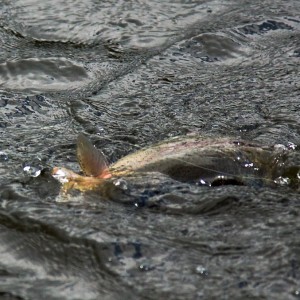 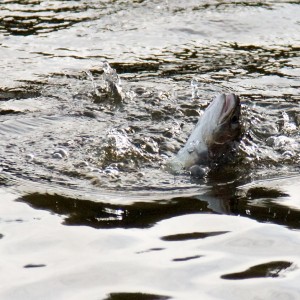 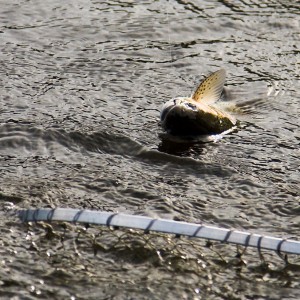 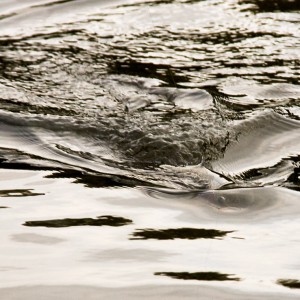 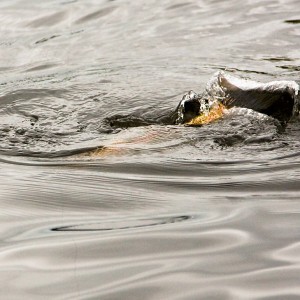 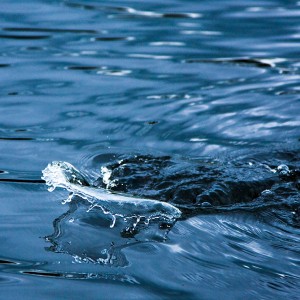 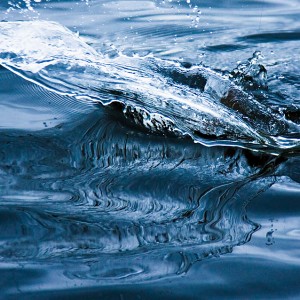 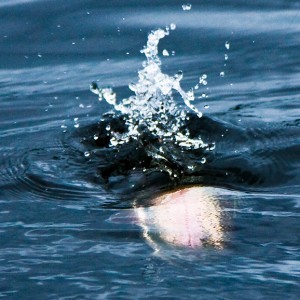 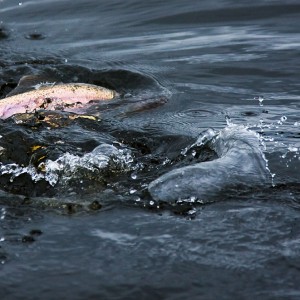 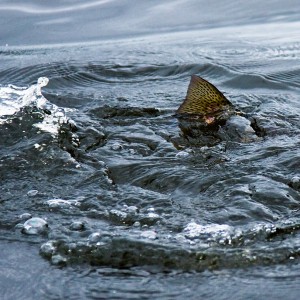 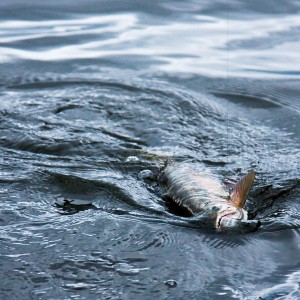 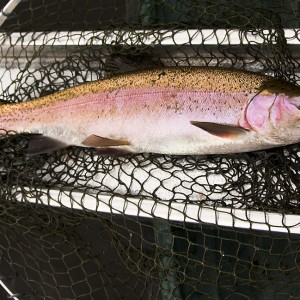 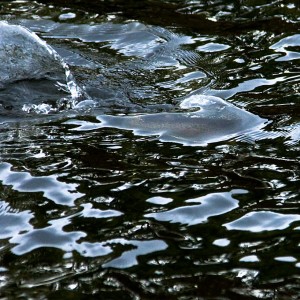