A better than average day, conditions-wise, given our abysmal track-record for trips to Coldingham.  It was 100% ceiling, and the breeze (southy-easty-ish) was never stronger than moderate.  Just one problem – the temperature.  It was Baltic!  However, there were signs of fish rising and Stewart Barnes and I set out with dries on.

Stewart was on foam-bodied daddies (by his reckoning, a bit of a floating lure!).  I was on what has become my default rig of a black Klinkhammer on the dropper and an Adams hopper on the tail.  This is partly on account of relying on the fluorescent wingpost of the Klink to give me a sighter for my ageing eyes, but the Klink pays its way time and time again, so it’s a win-win situation.

We started off down the east bank, and what a start it was!  Not many risers, but we were drawing them blind, left, right and centre.  We landed 2 each, both dropped fish, and both missed several others.  To quote The Average White Band, “Let’s go round again!”

We did, and it was suddenly a lot tougher.  More like one fish each and only a few offers.  Maybe time to cover fresh ground.  We started to search the water.  We were picking up occasional fish, but what we were seeing more and more was missed fish…  what we call ‘fresh-air shots’.  The fish clearly comes up and shuts its mouth on the fly and goes away with it.  But when the lift is made, there is no contact.  Something must happen that it takes the fly in and expels it in one movement.  Why on some days do you contact every fish, but on others you get all these fresh-airies???  Is it the fly, or the leader, or the fish’s behaviour?

We ended up at the top of the west arm, and here were some proper risers, tight to the reeds.  We dropped anchor to see if we could do anything with them.  The answer to that was largely no.  We had a look to see what they might be taking.  There was little of anything apparent.  We gave up on them and went back on the drift… and back to more of the same… about one offer in 10 resulted in a landed fish, with the other 9 being fresh-air shots… plus the occasional one hooked in the jacket.  We both tried going smaller, both tried different footprints – Shipmans, shuttlecocks, half-hogs, and so on.  Nothing helped much – still fresh-airing the majority of them.  I tried figure-of-eighting a pair of half-hogs, but the only 2 fish that took did so when they were static.  One I dropped, the other I broke on!

The next time we tried going up the west arm, we got in among a good number of risers in the calm of the upwind shore.  Finally, we saw the object of their desire: the surface was littered with those tiny aquatic moths that skitter, zig-zag across the surface.  The rise forms didn’t really look like the type you get when they are chasing a moving target – they were quite leisurely.  But it had to be what they were on.  It certainly made for a decent explanation of why they were so arsy with our flies.  The moths were about a size 32.  I put on the smallest thing I had – a size 20 sparkle gnat.  A fish took it!  Success!  It roared off, taking the whole line and 20 yards of backing off me.  When I got it in, it was hooked in the pectoral fin.  Well, partial success… A good challenge, and a pity the clock ran out on us (as usual), while we were working on it.

Tommy Steven and Dougie Goddard had also been on dries and had had the same difficulties with the moth-feeders, so we felt we were in good company.

Our best totals (for the boat) were: 20 to Trevor (‘tached buzzers) and Gary Wright (CDC hopper), 19 to Davie Tyrie (buzzers) and John Levy (nymphs), and 18 to Derek Kilgour (biscuit booby) and Ed Green (bit of everything).  They all sat at anchor around the middle of the loch.  John Miller had a boat to himself and mixed up both methods and tactics to take half a dozen. 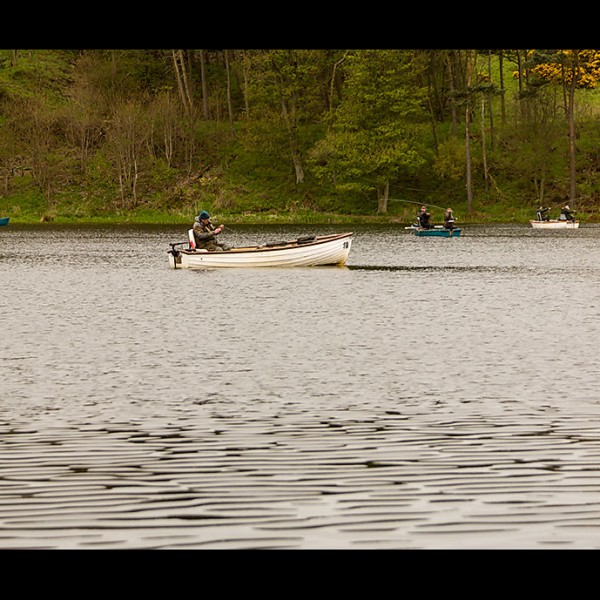 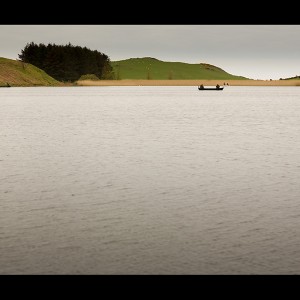 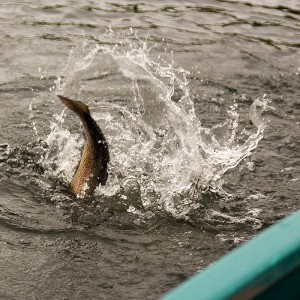 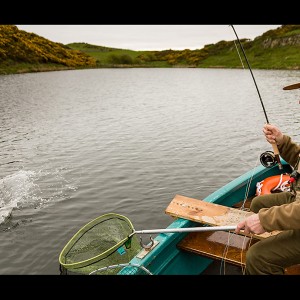 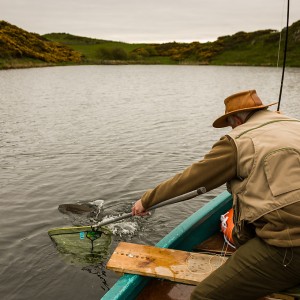 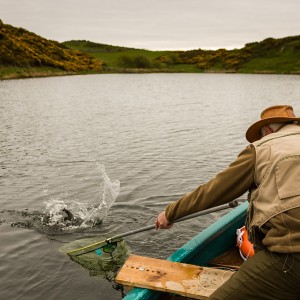 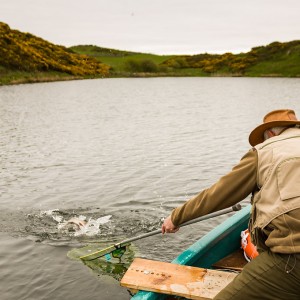 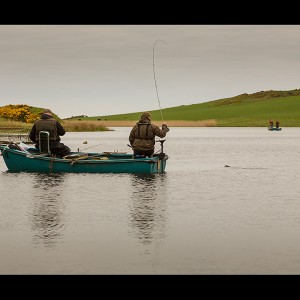 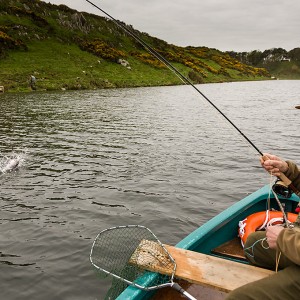 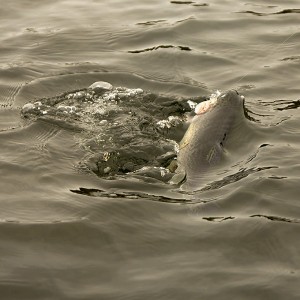 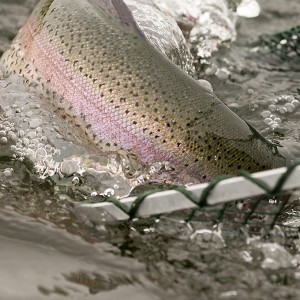 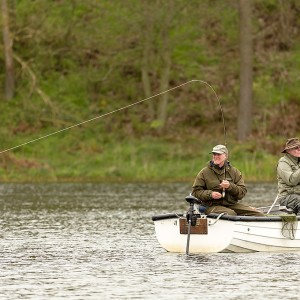 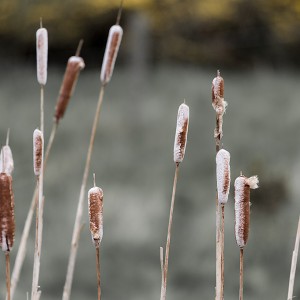 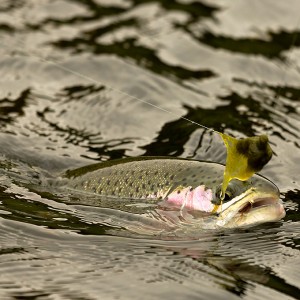 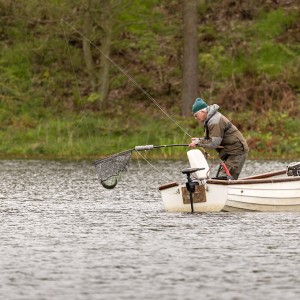 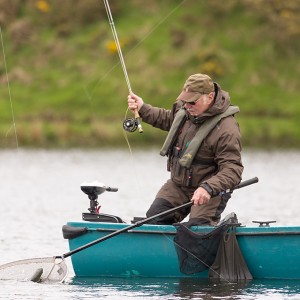