Our first visit to Frandy this year saw the sun shining from a bright blue sky and with not a ripple on the water – but fish were rising.

Trevor Gibson and I were fishing together, so we had a blether in the car park and decided to drift along the south bank. Trevor started out with a floater and a team of buzzers I started with dries.  Not long after we started, Trevor had a fish and I started to wonder if I was doing the correct thing. Then Trevor landed another fish and I removed my dries and tied on some buzzers. Trevor had another fish and I never had a touch, so I started to study Trevor’s method.  The only difference between what we were doing was Trevor had an indicator at the end of his fly line so I started to study him and his indicator.  I discovered that fishing buzzers under an indicator is not just a case of casting out and waiting for a fish to grab a fly but it requires very careful study of the indicator and a requirement to keep tension on the line, any slack and the fish is invariably lost.  Watching Trevor’s indicator I saw the slightest of movements to it, and by lifting his rod he was into a fish, had pulls, or fresh air shots.

It just shows how often our flies are looked at and mouthed by fish and I am sure we would never know if the indicator did not give the slight warning.  Trevor must have seen my lack of success and the fact that he was being watched very closely because he kindly gave me one of his indicators, which was quickly tied to the end of my fly line.  I then watched the indicator as if it were a dry fly and I can report that three times I saw it move slightly (I felt nothing on the line) and three times I lifted the tip of my rod and was into a fish. I learned at Frandy that fishing with an indicator is not what I thought it was – it takes patience, concentration and skill.

Perhaps it would not work so well in windy conditions, but in calm weather, I know it works.  Having landed three fish, I went back to my old ways, I took the brown quill buzzers off and tied on a wee Wyatt’s emerger that Dougie Skedd had given me, and with this, I took another three fish, the last of which almost straightened the hook.  (I lose many fish by playing them far too hard, as I just want them back into the water – I think that playing and netting fish is a waste of good fishing time!)

By this time, Trevor had netted nine fish and as it was four fifteen, we decided to stop for the day.  Frandy for me had been a very interesting and informative day and I may use buzzers under an indicator some time in the future.

After we had taken our gear out of the boat, I showed Dougie the straightened hook, I asked if he could have it repaired – he just confirmed I am a twit for being so careless, not exactly what he said but you never know who may look at this report.  However, he very kindly gave me a replacement that will be copied in sizes 16, 14 and 12.

Dougie, who was fishing alone, used a floater, black gnats, Wyatt’s emerger, claret Klinks and red Klinks.  With these, he landed seven fish, a brown and six rainbows.

Bryan Griffiths and Allan Everington, good to see you back fishing Allan, shared a boat.  Bryan, using a floater, landed four fish, a blue and three rainbows.  All fell to a Kate McLaren.   Allan used a hover line a slow fig-of-8 and landed five fish, a nice brown and four rainbows.  These fell for black nymphs and buzzers.

Jimmy McBride and Alan Brown were fishing together.  Alan used a floater and lures, while Jimmy had a floater and a fab on the point and cormorants and buzzers above it. They netted ten fish between them.

John Levy had Bob Allan as his boat partner. John used a floater and daddies and landed four fish at the west end of the reservoir. Bob used a DI7 at the dam and landed five fish.

David Tyrie and his guest, Alan Martin, spent most of the time drifting down the middle of the water, David with a floater and boobies; Alan with a floater and snatchers.  Both used a fig-of-8 retrieve and between them these methods brought ten fish to the boat.

John Miller and Colin Riach were together and both used floating lines. John caught four fish at the dam and two west of the boat dock. Using a slow retrieve, he had three to black hoppers, one on a black Diawl Bach, one on a black Klinkhammer and another on a fab.  Colin stuck to static dries all day; using CDC Hoppers and a shuttlecock, this got him a brown and four rainbows.

The club landed seventy-one fish – a rod average of 5.5, which is not too shabby on a day when we were getting interest to our flies but few actual offers.

Our next outing is an evening session on Coldingham on Saturday 7th June.  Let us all hope for a dry warm night with just the correct amount of wind. 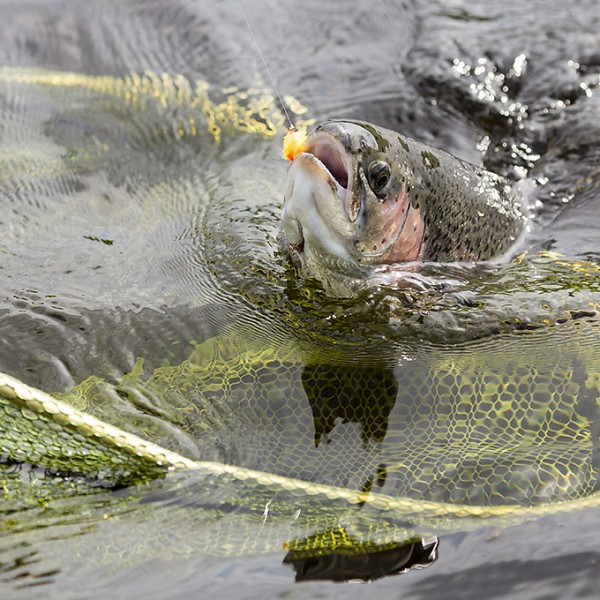 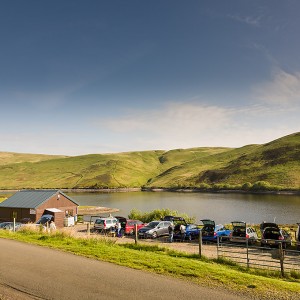 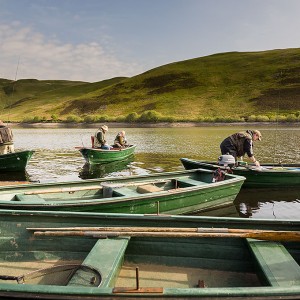 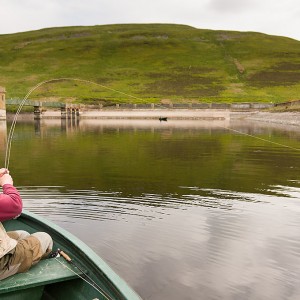 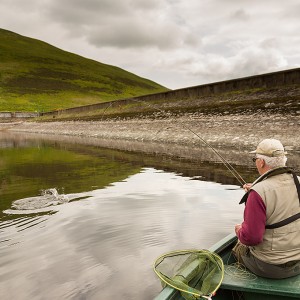 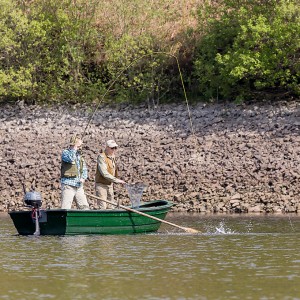 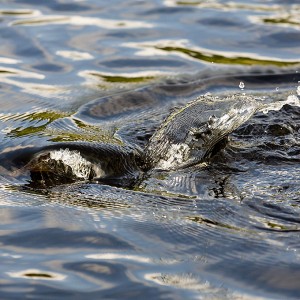 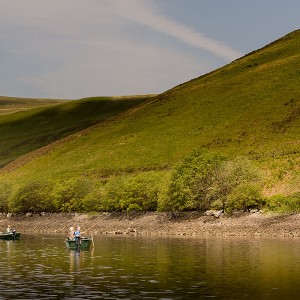 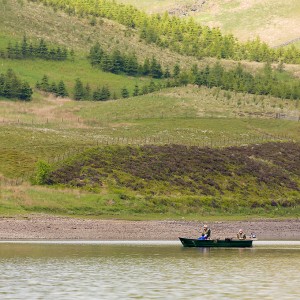 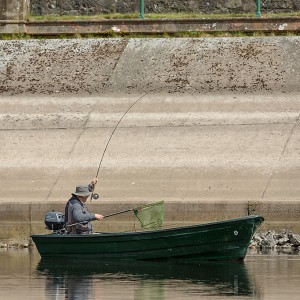 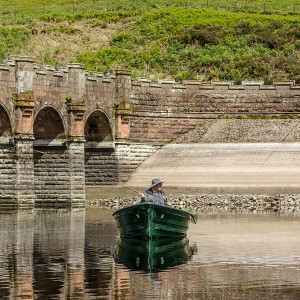 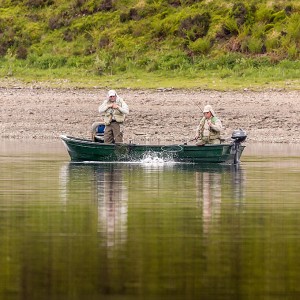 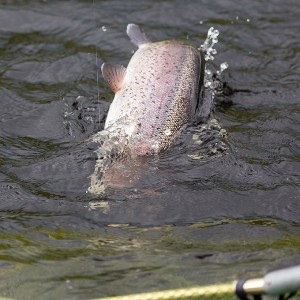 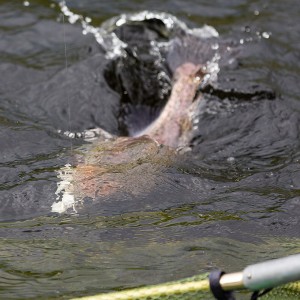 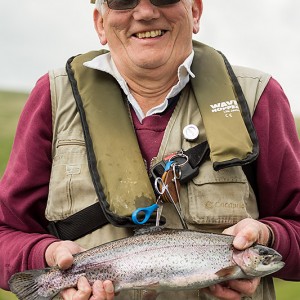