Warming up at last. It was shirt sleeves in the morning sun, but when the breeze got up and the cloud came over, we were reaching for the layers.

I fished with Bob Allan and we had a very good day. We had no preconceptions – having forgotten to look at the Lake website as usual, and we didn’t even get a word with Quint or Douglas, so we just took it up to the Rookery for no good reason other than to work down that northern shoreline that has been so productive over recent seasons. We came down and round Sam’s point, moving and searching. It was a nice light westerly, but really bright, so I had gone for F-of-8-ing a floater and Diawls but with a goldhead damsel on the tail. Bob was on a No. 3 line and mini-lures, giving them a tweaky retrieve.

We hadn’t touched a fish (apart from a perch) by the time we crossed Shear Point to take a look in International Bay. Here we found Alan Holbrook and Gary Wright getting action to DI-3s and cormorants. I switched to a Sixth Sense fast intermediate and soon after we were both catching. For me it was damsel, damsel, damsel. I tried changing the droppers. Damsel, damsel, damsel. Great takes F-of-8-ing the non-stretch line and flouro combination – you feel every wee nip and tweak – sometimes it doesn’t lock up until about the 5th or 6th touch. Bob was getting them to a damsel as well, plus a yellow light bulb.

Cloud was bubbling up by now and there was an odd fish rising. We wondered about dries, but then another would come to the sunk line and the idea of dries would get put on the shelf again.

I quietened off a bit, as did a lot of the other boats. But Bob then had a purple patch on the No. 3, landing 5 of the next 6. I guessed a lot of folk had come up in the water with the cloud cover, but it seemed that the fish had gone deeper. So, I went onto a DI-3. An offer first cast and a fish second cast got me going again.

Back of 3 o’clock it went glassy and fish started rising properly. Here we go! Get the dries set up. Straight away there was a fish to cover. It took, but I fresh-aired it. The very next minute a cold stiff wind came out of nowhere and killed the activity stone dead. Great! We could not be bothered to pick up the pulling rods again, so we went away across to the butts to get to the head of the wind in the hope of finding some risers. When we got there we found Dougie Skedd and Ed Green just leaving! We spoke to John Miller and Eric Singer and found that fish had been rising there… but it had gone off. So that was that. We pottered about, went for a pull at Tod Hole, and finished at Kate’s Brae – all without touching another fish.

Ian Macdonald and Trevor Gibson, who fished in Sandy Bay with intermediate and DI-3, catching to damsels, cormorants, blobs and boobies 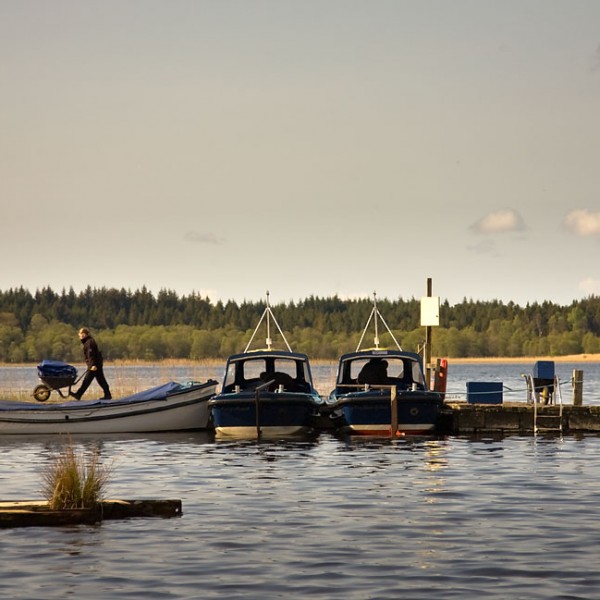 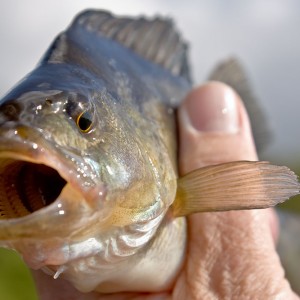 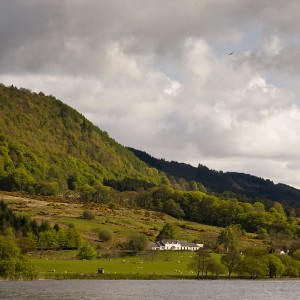 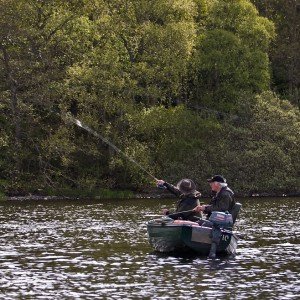 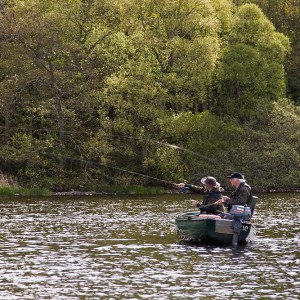 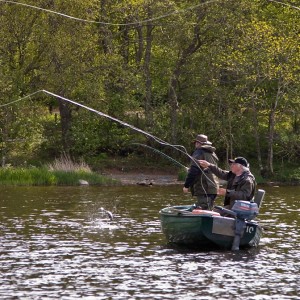 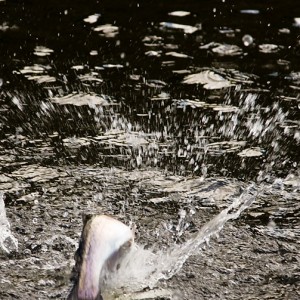 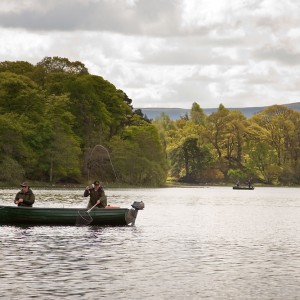 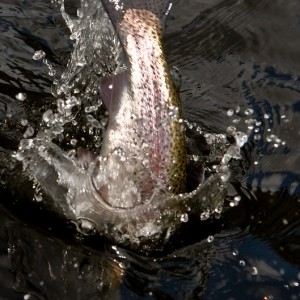 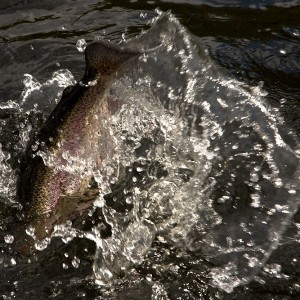 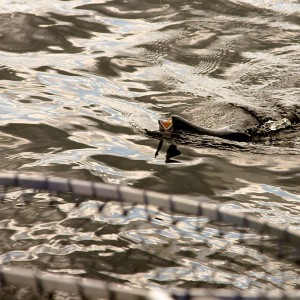 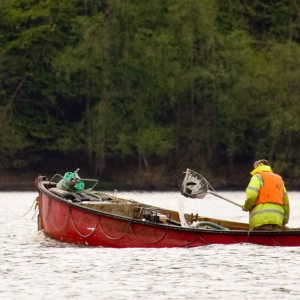 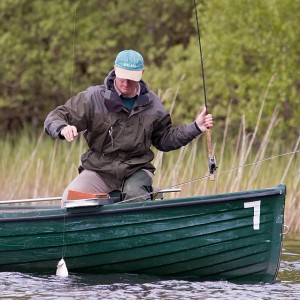