I was pretty apprehensive about prospects for our day’s fishing.  Skies were clear and temperature was picking up already.  Reports from earlier in the week were very mixed but it seems that a few people had been picking up fish but on very different tactics. Pick from small dries, buzzers, right down to lures like snakes, damsels, and floaters right down to the booby basher – take your choice.

I was hoping for some clues before setting up.  The picture being painted was no clearer so I opted for the 6ft tip and washing line.  I was paired with Darrel Young, who decided to go a bit deeper with damsels and nymphs.  We heard that Malling Shore and Gateside were still the hot spots.  A toss of the coin took us into Gateside.  We set ourselves in the open water towards the burn mouth.  I covered a rising fish almost immediately and after a little encouragement landed a fish to a small candy booby.  Despite bright periods odd fish were still happily cruising the upper layers and seemed to be mopping up small buzzers and black gnats.

I scaled-down everything, which seemed to pay dividends and started to get a fair bit of interest.  Darrel by this time was chopping and changing lines and flies but was compromised having left all his tip lines at home.  But he was still getting a fair amount of action.  It was no surprise that most boats seemed to migrate towards the cages and navigating in the bay was a challenge.

We were picking up fish regularly, Darrel to a real assortment, including the best fish of the day to a red-headed damsel, pulled very quickly.  Fish seemed to be patrolling both ends of the rope in particular, but also right out in the open water.  We concentrated on the burn mouth area and along the rope.  Fish were picking out smallish buzzers and flash back Diawl Bachs.  Some of the takes were brutal.  We were eventually squeezed out of our position and headed for some respite towards the rookery, Sam’s point into reedy bay and finally shear point but all resulting in no fish.  However, we still managed 23 to our boat over the session which was a real surprise.

Ed: Boats that stayed clear of the ‘combat zone’ struggled.  Our 2 boats that fished at the Cages had 41 fish for 4 rods.  The 3 boats that fished the rest of the water had 5 fish between them.  The water was 19C at the start of the day and climbed to 21C in the mid-afternoon sun.  Perhaps Gateside was a couple of degrees cooler? 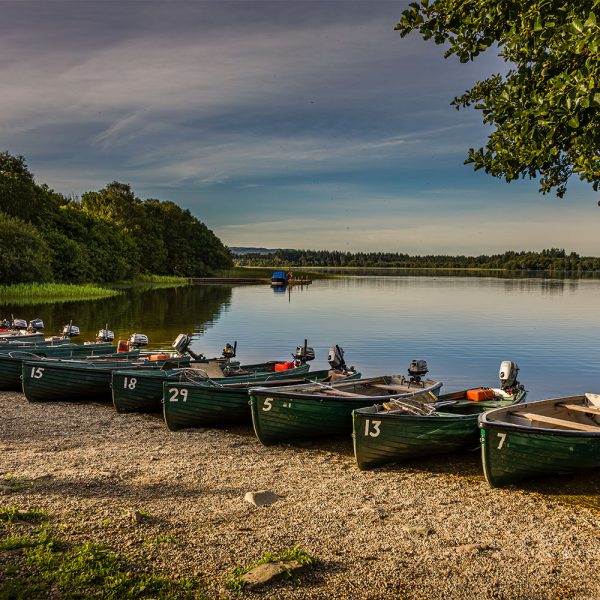 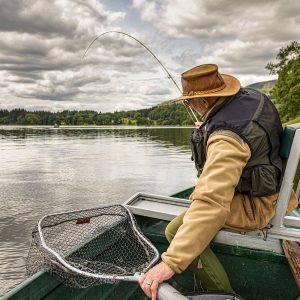 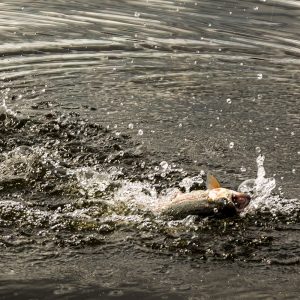 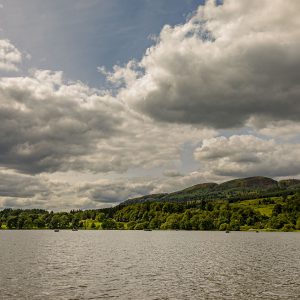 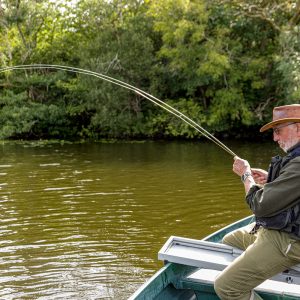 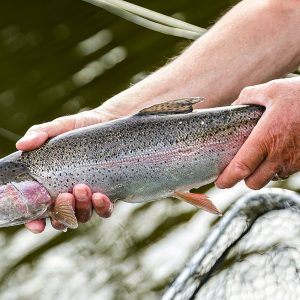 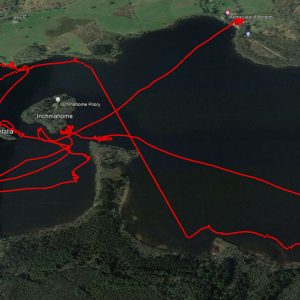