After setting out from a very dreich Edinburgh, we arrived to find decent conditions at The Lake.  It was cooler than of late, and a tad breezy, but we had a good ceiling and the reports were that the fish were on the top.  The word was that Gateside, Gateside and Gateside were the hot-spots for the stockies, and 90% of the boats headed up that way.  That gave the rest of us about 600 acres between about 3 boats.  It felt quite spooky at times when you looked around and couldn’t see anyone else!

Dougie Skedd and I set out to see what we could see with dries.  The problem from the off, was that there was very little food on the water.  Consequently, there were few risers to target.  Going looking for fish in sheltered water, we established two working strategies…

1) If we took a drift in the lee of Arnmach peninsula, tight to the shore, Dougie (on the right end) was able to get his flies into the margins, under the overhanging branches, and pick out a patrolling fish.

2) If we took a drift in the lee of Inchmahome island, tight to the shore, I (on the left end) was able to get my flies in among the lily pads, and pick out a patrolling fish.

A shot at 1) produced two fish for Dougie, including a nice long-range cover to his half-hog.  A shot at 2) produced two fish for me – both OTBs to half-hogs.  A second shot at 1) produced a further two fish for Dougie to claret half-hog and ginger hopper.  The only problem continuing with this plan was that the rod on the outside would have been as well putting his feet up and having a coffee while the inside rod was fishing.  We decided to look for somewhere that might allow us both to fish at the same time.

We had a look at Chicken Leg, where we found some interesting activity that we suspect was fish going after fry, just under the surface.  Whatever it was, they were not interested in the dries that we were fishing.  We did a bit of a grand tour, taking in the Plantation, The Heronry, behind Inch Talla, the Rookery, Sam’s Point and Hotel Bay, all for little more than an occasional look from the fish.

With few options for sheltered water, we decided to take another look at Chicken Leg.  The westerly wind that usually creeps round from the south and blows the boat along the butts shore this time blew us out and into open water.  Suddenly we were in amongst fish that were coming to our dries out the blue.  We even had a twos-up!  Once we were through them, we tried repeating the trick, but either we had caught the end of something, or we caught a pack on the move.  No repeat!  We could see sheltered water down at Tod Hole, so took a look down there.  Again, we dropped on to something, and were both into fish straight away.  This time it was my turn to get a long-range cover – in fact, I got 2!  Not much beats a LRC for self-gratification!  Again, we drifted out of the fish and tried in vain to find them.  The clock was upon us, and we headed back, having had 12 hard-won fish, plus a fair few others jagged or fresh-aired, between us.

It was a surprisingly small outing for Menteith, with only 3 club boats out!  John Gibson and Bob Whyte had 5 fish to their boat, taken on washing lines (floaters) and Diawl Bachs/spiders in the Sam’s Point/Hotel Bay area.  Jimmy McBride had 9 to dries on the west shore, while Peter Fionda had 6 to a washing line (floater) and candy booby/cormorant.  Peter’s catch included a fine brownie at 3 lb 8 oz. 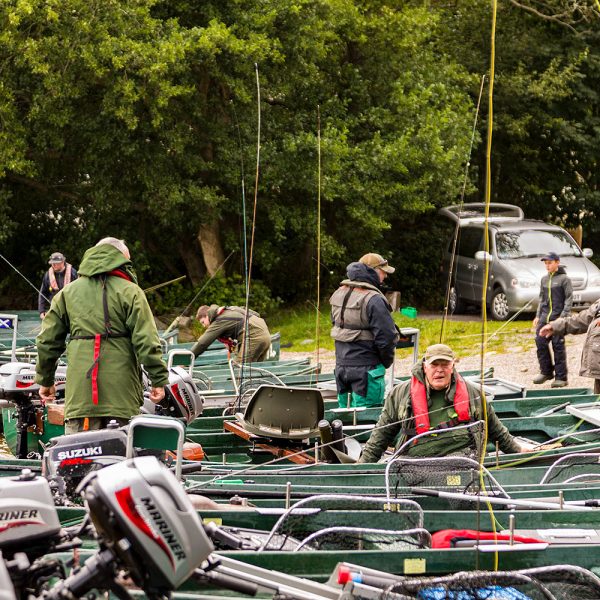 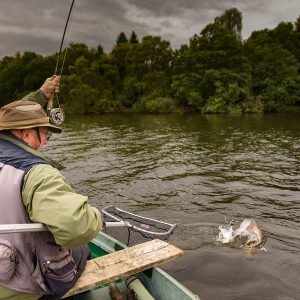 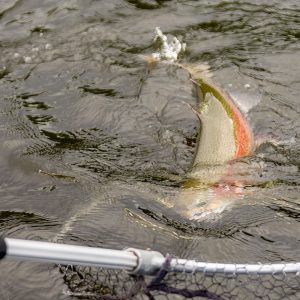 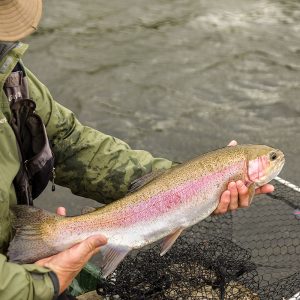 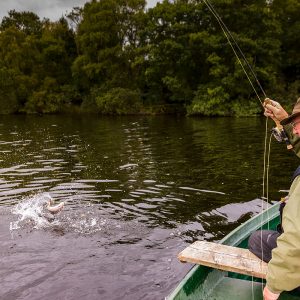 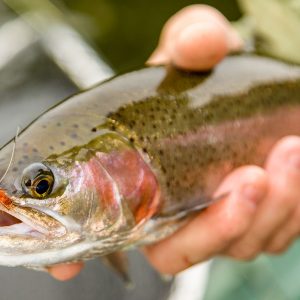 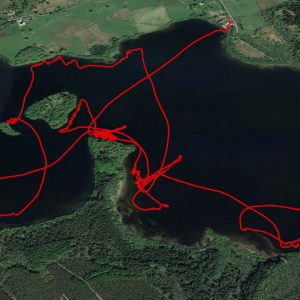