Decent conditions!  The westerly breeze was a bit brisk at times… and cool for the time of year… and it turned dreich for the last hour… but having fished a whole week in Sutherland at the beginning of the month in blazing sun (and east winds), it was nice to see a ceiling for a change.  Dougie Skedd and I set out to look for mayfly feeders in the quiet corners.  There was very little mayfly hatching at any time of the day, and only a few dead and dying spinners to give us encouragement.  There was a lot more sedges – of various sizes and colours – and some buzzers.  However, given the amount of fly and the good ceiling, there was a disappointingly low number of risers to go after.  We were determined, however, to fish dry mayfly all session, and we stuck to our guns.

Dougie fancied starting between Inchmahome and Inch Talla, but a single angler had beat us to it, so we started by looking down the shelter at the end of Arnmach, and Dougie picked up our first fish here.  I was distracted by trying to photograph a pair of Wayners and missed seeing a fish bone my experimental Found Link and charge off with it.  First I knew was the “Jerk-Ping” as I parted company with my fly.  Start again.  I put on the second and last of my Found Links. That will teach me to photograph Wayners!

But it was quiet… too quiet.  We moved across to the lee of Inchmahome, where Dougie picked up 2 more and I picked up my first, to a spinner paraloop pattern of my own creation.  Still, we felt it was a bit quiet, and we went round for a look at the Butts/Chicken Leg area.  Here we found a rather better number of fish, with quite a few tight in to the reeds – even right inside them.  With leftie-me being inside rod, I took advantage of the benefits to pick up several of these tight-in fish, all of them going for the Found Link.  Most of the fish we caught were big, full-finned residents (some a bit on the lean side), that went off like the proverbial brown stuff off a shovel.  However, there was one wee group of smaller stockies tight into the last corner of Chicken-Leg that were also liking the Found Link!

We both chipped away at the fish in the general area, working our way to 13 for the boat.  With an hour or so left, I was thinking I should take my killing fly off, so I can tie-up some more exact copies of it.  Next drift into Chicken-Leg, a hot fish took me and tore off, taking me onto the backing, before cartwheeling and lassoing the cast round its tail.  So now I was playing a super-fit resident by the tail!  It took quite a while to recover the line and finally I got it to the point where the “to me-to you” war of attrition begins.  Or so I thought.  Blimey – it got its second wind and tore off again – this time straight into the reeds.  “Ping!”… again!  I hope I can remember the exact way I tied that fly…

By now it had gone flat, and started to drizzle.  We went round for a look at the gap between the islands, which was now free.  There were a few fish rising, and we did our best to sneak in on them.  Dougie picked up our last of the day here, to the sparkle dun pattern that accounted for all his fish.

Catches were the usual mix, with most of the best ones coming from the Cages area.  Gary Heseltine had 4 to a Yellow Owl.  Callum Robertson had 3 to a blob on a floating line.  Best boat was Stewart Barnes and Jimmy McBride, who had 11 each to daddies and other dries.  Best bag went to Keith Logan, who landed 14 to Diawl Bachs and Crunchers on a midge-tip washing line with a booby on the point. 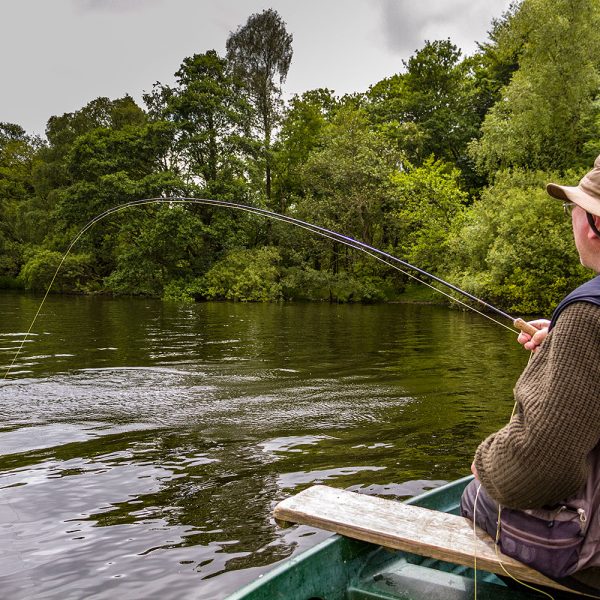 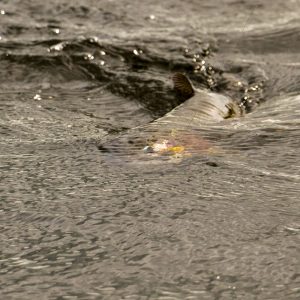 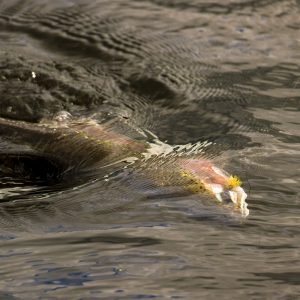 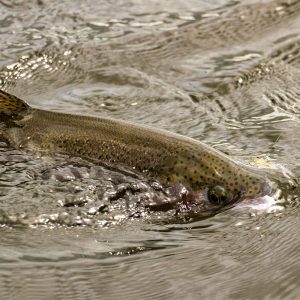 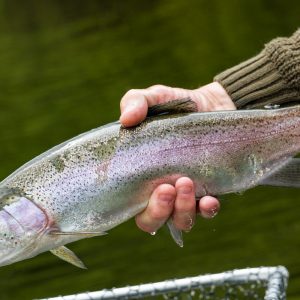 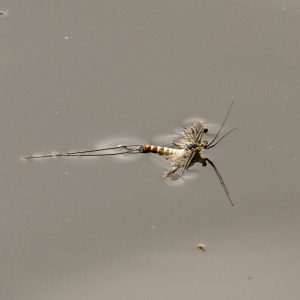 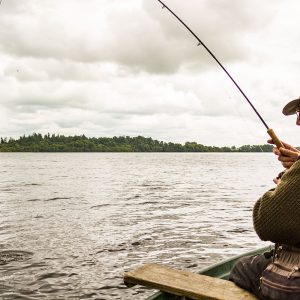 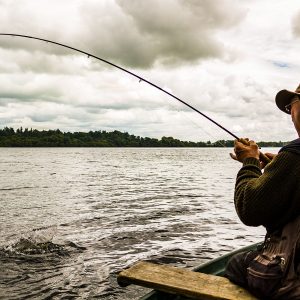 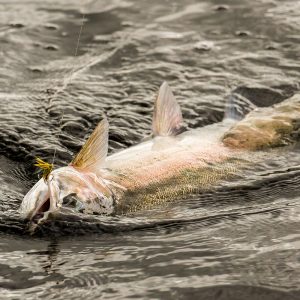 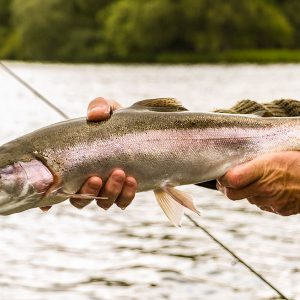 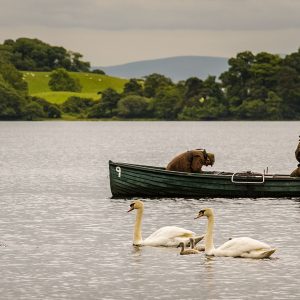