This 12 p.m. to 7 p.m. Sunday session is our only Menteith outing that coincides with the best of the mayfly hatch period.  I had been out just 3 days before, and had fantastic sport, thanks to the appearance of egg-laying mayfly spinners in the afternoon.  I was hoping for the same again, but it didn’t work out that way.

The day was not a bad one, with plenty cloud cover, and a good bit warmer than the previous week.  The fresh breeze changed direction several times during the day.  There was very little in the way of mayfly: either duns or spinners.  In setting out our stall to fish dry mayfly, Dougie Goddard and I had to rely on the fish being acclimatised to feeding on them, and there being a lack of alternatives.  That just about worked for us.  The downside was that the fish were very reluctant to rise in the ripple in open water, and we had to concentrate on finding shelter at the head of the wind.  The changing direction made us change location several times.

We really did have to rely on finding a few rising fish, because very little was coming to us ‘out-the-blue’, and those that did tended to give us aborted takes, so all we tightened into was fresh-air.  The covered fish were a different story.  If you got in front of one and got it to see you, you ended  up needing the forceps.to get your fly back.

After picking up fish here and there throughout the session, mostly at Chicken-Leg, Sandy Bay and the Heronry, we ended up spending the last couple of hours tight into the corner of the Butts.  This was where we found the most cooperative fish, and we picked up quite a few before the 7 p.m. finish.  Dougie had all his fish to a half-hog style, mayfly emerger.  I had fish to a similar fly, and also to a Found Link tied in spinner colours (see photo of natural beside artificial), and a paraloop spinner.

Dougie Skedd enjoyed a boat to himself and also spent the day looking for mayfly feeders.  He also reported the phenomenon of the out-the-blue fish giving poor takes, and relying on covers to move the scoreboard on.  Dougie did find a bit of a hatch of mayfly, mid-afternoon, at the end of Arnmach that helped him to a total of 15 fish.  John Gibson reported catching his fish on mayfly patterns.  Derek Kilgour had 10 to dries, but didn’t state what, fishing at the north side of the water.

Jimmy McBride stuck with washing line (FABs and cormorants on a floater) and caught 12 on the north side, Trevor Gibson and Gary Heseltine had 11 to the boat in Sandy Bay, F-of-8-ing Diawl Bachs. 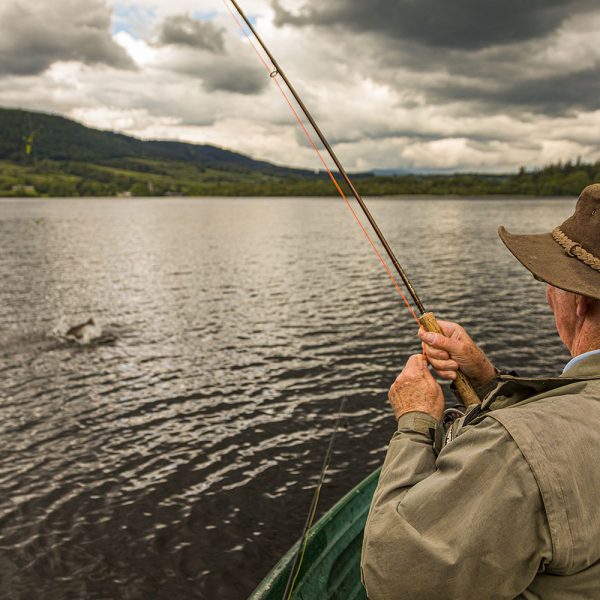 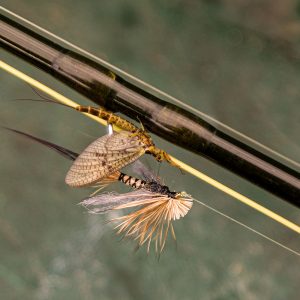 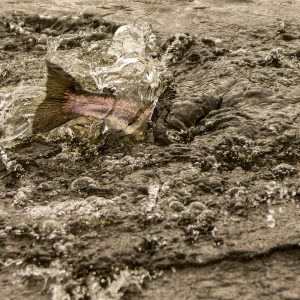 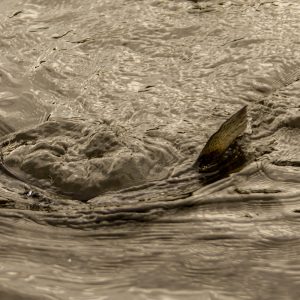 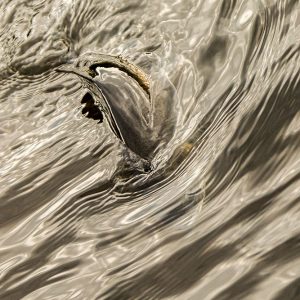 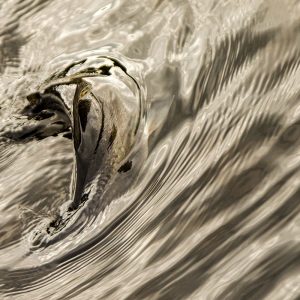 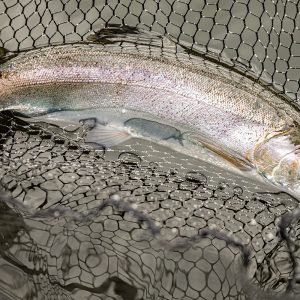 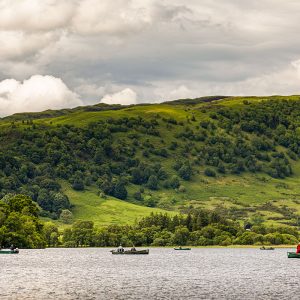 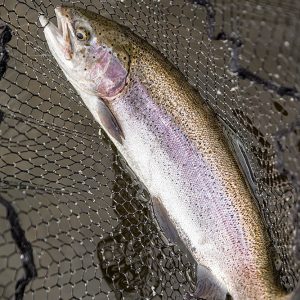 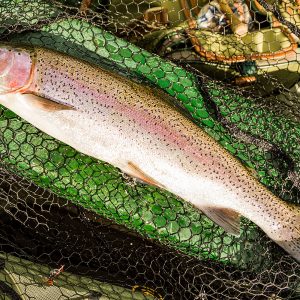 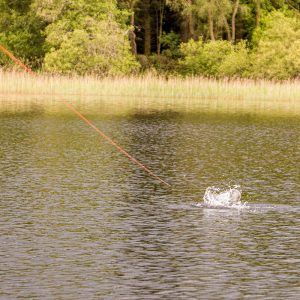 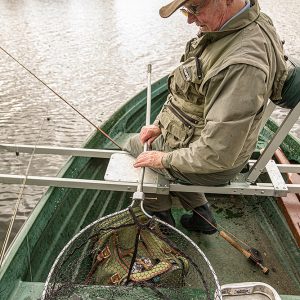 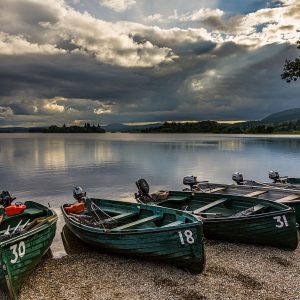 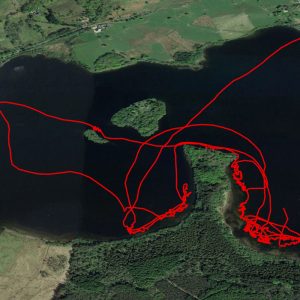