As is customary, for this time of year, a cold East wind was blowing up the loch. Ken McCutchen said that the fish were not too deep and that Kate’s and muddler minnows had been taking fish. So armed with the advice I put on a floater and two size 14 loop wings.

David Tyrie, fishing with Jamie Tocher scooted up to the West arm and pulling a fast glass and at times a DI5 sweep line extracted sixteen fish, which fell for a FAB – this made him our top rod on the day. Jamie using a fast glass and a FAB had seven fish, and I think he discovered the benefit of hanging his flies at the end of the retrieve.

Bob Allan was fishing with Dougie Skedd – and one of them had the idea of fishing floating lines and black gnats. Fishing quietly along the North shore, drifting from the dam up to the bay in the middle of the loch, they had three browns and nine rainbows between them.

I in the meantime was on the North shore fishing the bay opposite the fishing hut and drifting west along the shore. The wee loop wings were getting me swirls and half-hearted rises but no hook ups so I took them off and tied on two size 14 Fflies. Unfortunately, this had the same result – movement below the flies a few slight bumps but no hook ups.  Therefore, it was time for another change. I would like to say that I selected the replacement flies by deduction, but, by luck I tied on two size 14 (Kamasan B160) black gnats.  These, fished static, got me three good browns and six big rainbows. All of these fish, and a few tiddlers, came out of the blue.

At times, I think the sizes of the rainbows in Frandy are just too big for the waters food source – but in all probability, I will be wrong.

On a day that started with a cold East wind blowing up the loch and no fish rising somehow ended by being quite a good day for the Club. The seven rods netted fifty-six fish, an average of eight; forty-three fish of these fish were carefully returned.

Now looking forward to Coldingham on 9th June – with luck it will be a nice day with a soft West wind and a bit of cover. 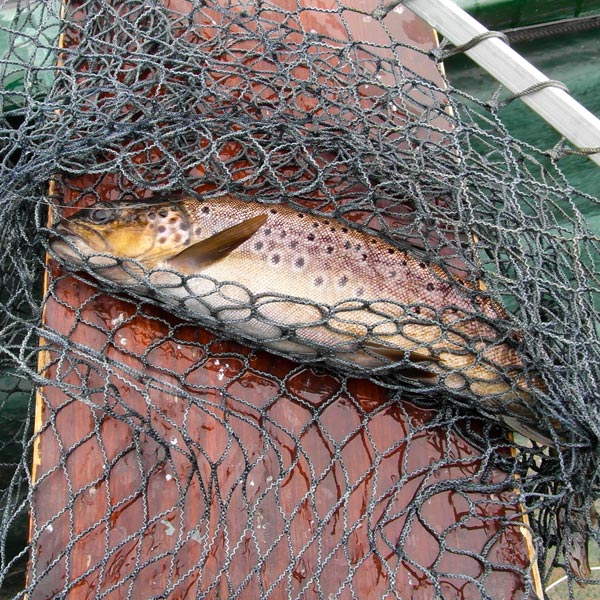 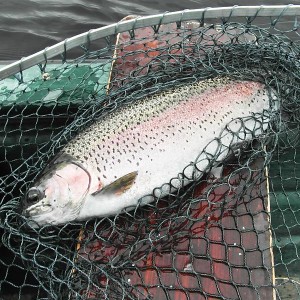