A decent looking day!  The gales and rain forecast did not materialise.  Instead, we got good overhead, and a bit of a swirly birly wind that came off all points of the compass, depending where you went.  Word was the cages and Malling shore were the places to go.  Derek Gilgour and I started with the dries and a look at the butts to see if there were any mayflies hatching and fish feeding on them.  After a spell, we had seen 2 rises and no mayflies, so we picked up the pulling rods and went for a look at the Malling shore.  Nothing happening there.  The armada was in at the cages – 14 boats worth, and our cue to stay clear.  We had a  look at the calm behind the islands, but nothing showing.

We called in at Sam’s point.  While there, we heard an animal screeching.  It was overhead!  We looked up to see an osprey with a rodent in its talons.  I guessed it must be a water vole – the only other thing it could be was a rat!  It was flying away – I was in mid-retrieve and the camera was in the bag…  I didn’t try to get a shot.  A minute later Derek shouted – it’s still there.  Sure enough, there was an osprey with a straggly beast in its talons, albeit away in the distance.  I got the camera out and got some shots off.  When I got home, I blew them up to full magnification… looking for my rare shot of an osprey with a mammal in its talons.  It was a half-eaten pike!  There were 2 or 3 ospreys working and somewhere they did a switcheroo on us. Oh well, sorry Springwatch – maybe next time!

Derek fancied a try in front of the hotel, and his tip paid-off, as he finally got into a fish… only for it to turn out to be of the green, toothy variety.  So there, Mr Osprey – not the only one who can catch a pike!

I felt that the whole place seemed a bit slow, and that we had actually seen more signs of life back where we started at the butts… so we went back for another look.  We crept into the shallows, where there was calm water, and – there was a mayfly!  We started counting them.  We wondered what the difference in numbers were between ‘an odd mayfly’ and ‘a trickle of mayflies’.  By the time we got to 20 duns, and threw in the shucks, we reckoned that made a genuine trickle.

I was on a big deer hair mayfly emerger and an Adams hopper.  I had a jagged chance to the Adams, then a fresh air shot to the Adams.  then a fish to the Adams.  I was thinking to take the mayfly off, but instead put a size 10 cream Wulff on – a little less scary.  that turned out to be an inspired move, as every single chance I had after that was to it!

Not many, but what fish they were!  Resident rainbows that went screaming off out of the shallows (we were now in water between one and two feet deep), and blues that dug down under the boat and just refused point blank to come out!  You’ll not see better rainbows this side of Grafham!

Derek got his fish to a large hare’s ear Shipmans – a good bet for the shucks – and there were probably more shucks than duns at the end of the day.

Our feeling that we had made the most of the little bit of activity that was there was borne out when we got in to find that the other boats had struggled a bit.  The best of their catches went to guest, Jimmy McBride, who had 5 to figure-of-eighted buzzers on floating line from Lochend.  Davie Tyrie in the boat with Jimmy had 3 on buzzers to a 6 ft midge-tip.  Bob Allan had 3 to a FAB on a DI-3 in Gateside and Dave Bertam had 3 to boobies on floating line.The club’s 10 rods had 23 fish. 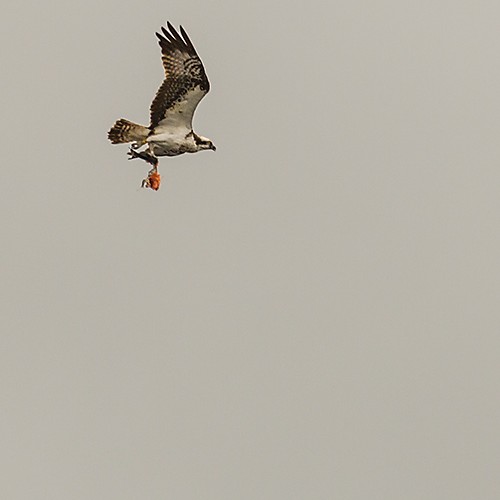 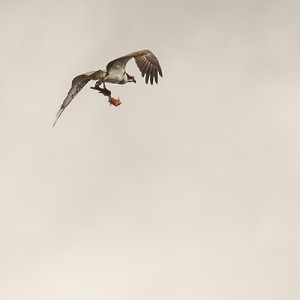 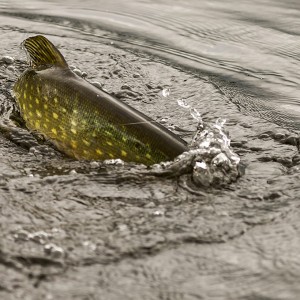 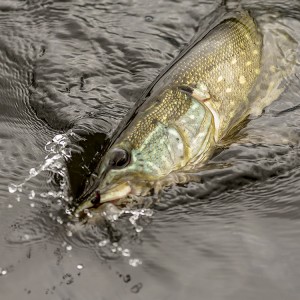 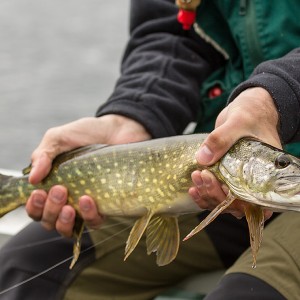 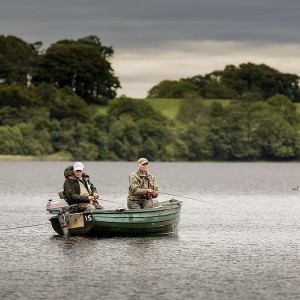 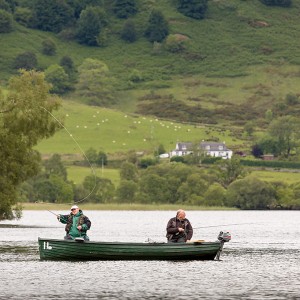 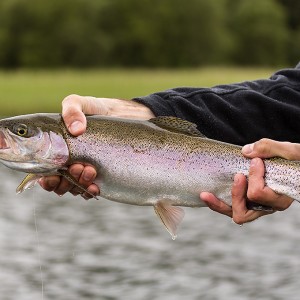 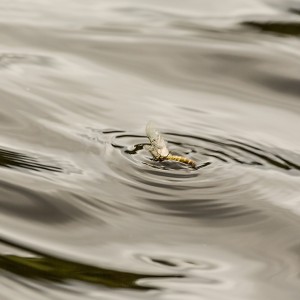 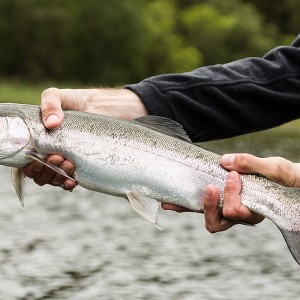 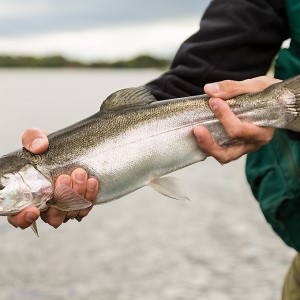 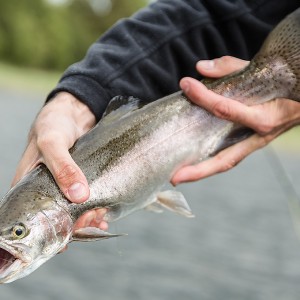 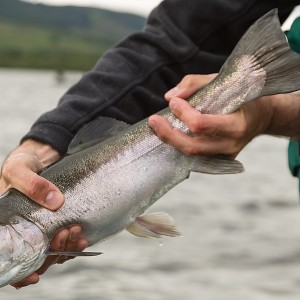