We had another fine summer’s day for this outing – blazing sun in a bright blue sky and a very gentle breeze from the SSW – what more could one ask for – perhaps an end to our summer, which has lasted for a few weeks this year. It had been reported that the water was a bright green and whoever had reported this was correct, I registered a water temperature of 20oC about 600 mm down.

The air temperature, in the shade, was 20 rising to 23oC – for most of us, it looked like another difficult day lay ahead. I was fishing with Mike McKenzie, a guest who would like to join the club.  Mike is the chap who landed a record brown trout from Leven a couple of years ago – from memory he got it near the east buoy on a wee deer hair-floating snail. This time we both set out with midge tips and buzzers and headed for the shade just below the palace.  Shortly after arriving, we had one in the net and then safely returned it to the water.  Nothing much happened after that, we changed flies, lines and leader lengths but failed to get even a pull – so a move was called for, and we moved about quite a lot, changing lines and flies more than we should have – but we did have a grand time chatting and topping up our tan. After lunch we both had what may have been a tug, and that was it for us.

Stewart Barnes, using a floater and a Diawl Bach slung between two dries had one at over four pounds.   John Miller used DI5 and 7, with an orange booby.  He landed two fish for just over three pounds.  Derek Kilgour, who was in the same boat as John, landed eight fish – Derek used the same line and flies as John – isn’t it strange how two people in the same boat can use the same gear and have such different results?

Then we come to Trevor, and his guest Gary Heseltine, who landed fifteen fish between them.  Yes, Trevor anchored up in the main basin – yes, he measured the depth of the water and yes he fished buzzers.  I then watched (snooped may be a better word) in the hope of learning what he was up to – I think he was using a ghost tip, I would guess the tip was over 12 feet long, and to this, he had a cast of buzzers. He cast it out and did very little other than slowly taking in line until the line was hanging vertically at the side of the boat – then he did even less- just waiting until the rod bent double.  Effective? Yes again, but I just do not have Trevor’s patience or determination.

The clubs eleven rods had 27 fish – an average of 2.45 – not very good when you think that three members took 23 of these fish. 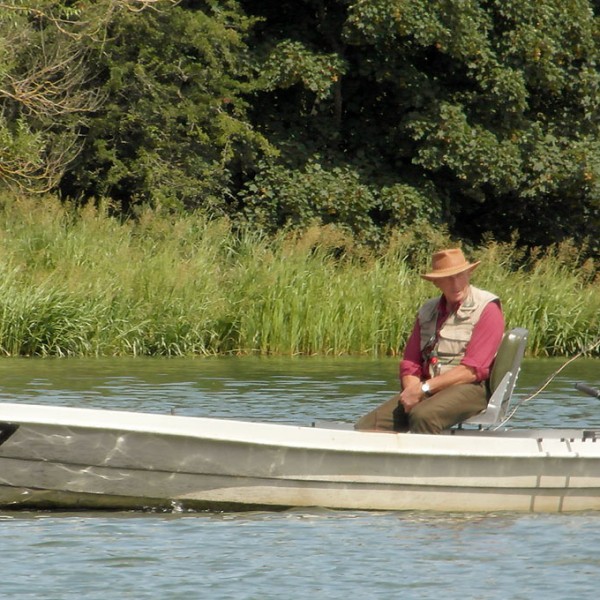 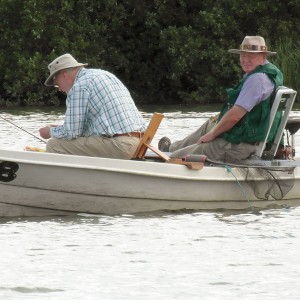 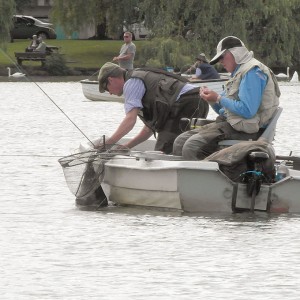