My nemesis Linlithgow again, I have convinced myself that I cannot catch fish at this venue; perhaps it is because very few fish feed on the top.   However, I thought that this time I would get fish on the top.  I was paired with Trevor Gibson, who is a master at Linlithgow, and thought that if I were to watch him carefully I may learn enough to catch something.  Before we set out Trevor had tackled up with a ghost tip line and a string of buzzers – I, being a twit, set out with a DI5 and two fabs on a short leader.  As we set out, about a third of the loch reminded me of the Sargasso Sea, but the kind people in the lodge had cut a strip about thirty feet wide from the dock out into the deep water.  Trevor and I anchored up in the deepest part that we could find, but, as another fourteen boats were out before us, we were consigned to the shallower margins of the deep hole.  I cast away for a wee while, but as I waited for my line to sink I noticed that fish were swirling and ‘head and tailing’ on the top, so off came my DI5 and on went a floater and dries.  I cast out, and as I watched my flies floating enticingly, it slowly dawned on me that the moving fish were not feeding fish but fish that were up, gasping for air! At this stage, I measured the water temperature, it was 21oC, and the air at this stage was 19.  It did rise to 24 after lunchtime.  So I changed to a midge tip and a fifteen foot leader with four brown buzzers – this little lot eventually got me a few pulls, two lost fish, and three fine fish in the net.  Trevor persisted with his ghost tip and he ended up with three fish.

Ian Macdonald and Ken Hastings fished the main basin and both landed fish.  Bryan Griffiths was fishing with John Miller.  Bryan used a DI5 with Orange and Black boobies, a very slow retrieve and netted seven fish. John used a DI7 and an Orange booby.  This got him two fish.

John Levy was paired with Eric Singer and they fished the main basin. John used a midge tip line and a PTN, whichs got him two fish.

Derek Kilgour and David Tyrie had twenty fish between them – our best boat. If Derek had not stopped fishing at lunchtime the total would have been much higher. They fished town bay, using DI7s and Black and Orange boobies. Retrieve was slow F-of-8, or slow pulls.

Our next outing is to Glencorse on 10th August.  Bill Taylor says the water level is coming up and the fish are on the top. 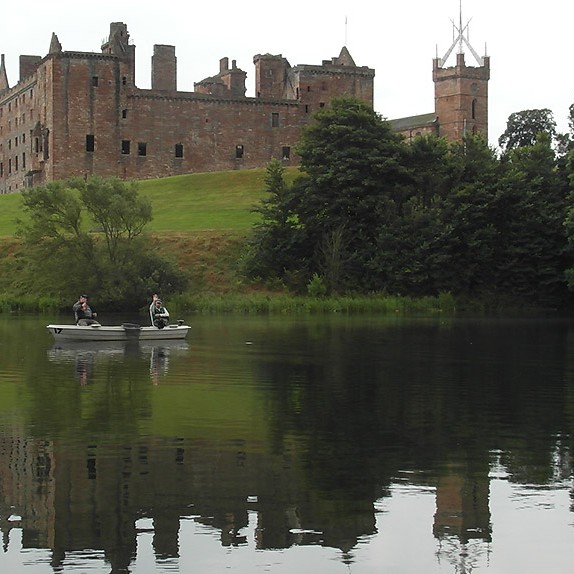 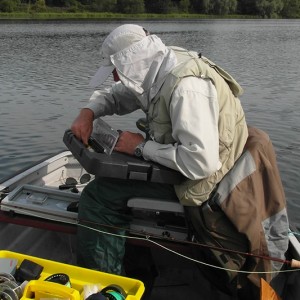