An interesting day. Frandy is a water where, if I can’t catch them on dries, I can’t catch them. And it doesn’t get much in the way of hatches, so it relies a lot on falls of terrestrials. The one thing that tends to spoil falls of terrestrials is heavy rain the day before, which damps everything down. So, there I was, driving up, and having to decide whether the next bit of flooded road I came across was insufficiently deep to swamp my progress. Great start! Worse was to come when, on getting out the car and meeting Ed on his way from speaking to the bailiff, he told me the word was that it was fishing really hard and the best any boat had done the day before was to fish mini-lures on DI-3s out in the middle.

At least it looked like nice conditions – decent temp, light breeze, good ceiling – albeit bought at the expense of some early showers. And we could see some risers from the car park. Maybe things weren’t so bad… I tackled up with dries, as much through habit as anything. Dave went initially with a 15 ft ghost tip and a washing line arrangement with a tiny black booby.

We started on a light westerly that gave us a drift from just outside the harbour up towards the dam. We saw one or two tasty looking rises, and I got quality covers on a couple… with no response at all. As we neared the dam, Dave got our fist of the day on the mini-booby. But after that there was not much to shout about. Dave lost a fish and I had a brief grip of one and a fresh-air shot up by the dam. We could see little happening among the other boats. The only action was coming to a lone bankie, who was casting a small dry fly across into the inflow of compensation water that comes in at the south east corner. He caught fish, after fish, after fish, after fish, when no one else was doing anything. It seemed like the fish were being drawn like a magnet to the inflow, either by freshly oxygenated water, or by a food source coming in with the flow. We attempted to get a shot at the right water without annoying the bankie too much, but the wind would never let us get the drift we wanted.

Dave and I decided to have a go with plan B. We both put on DI-5 sweep lines and headed up the water. We gave it a good old go with a variety of stuff – both in at the side of the north shore, and out and down the middle. Not a sniff. We spoke with others. Nothing much happening.

We went back to the dam. We went back to what we started on. At last I got a fish to take a dry – a size 14 CDC F-fly. The wind was playing silly buggers and it wasn’t helping – first east, then north, then west, then east again… We had another go at getting a shot at the inflow fish, this time by coming round the south side of the cut. We managed one each – both right in the current – before the wind got up from yet another direction and messed it up. We went back to fishing a drift from the dam across to the south shore.

My second fish had picked out the 14 F-fly on the dropper again, so I put a 12 F-fly on the tail. That proved a good move, as it picked up another 2 late in the afternoon. Dave picked up another on a goldhead Prince nymph to give us 7 for the boat. Looking at the other catches, it seemed that most folk picked up late fish as well.

The only one of us to have any success with sunk line was Derek Kilgour, who had 2 of his 3 fish to orange blob and black tadpole, with Derek’s other fish coming to a black hopper. Dougie Goddard had a brace to hoppers (black and bibio). Ed Green continued the success of his loop-wing CDC hopper (I’ve got one and will get round to doing a photo of it… promise), taking 3 on it. Hugh Easterbrook and Gary Wright took 6 fish between them, figure-of-eighting hoppers.

Just my honest opinion… the fish being stocked are too big for the water. I would have thought that Frandy is too big to be a straightforward put-and-take fishery. Is it not best suited to stocking with fish in the 1 lb class? Stocking with 3 pounders (£/lb) reduces the level of sport one can expect on any given day, and surely fish of that size will not prosper on the amount of food available to them? Is it yet another fishery that has been sucked-in by those who are obsessed with catching 2 pounders and 3 pounders? Hey-ho… what do I know? I’m not a fishery manager… 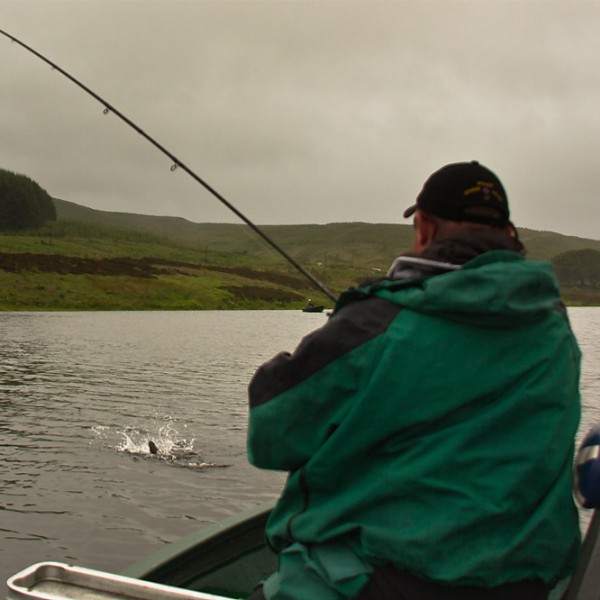 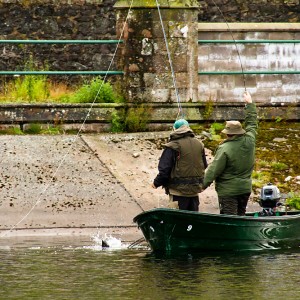 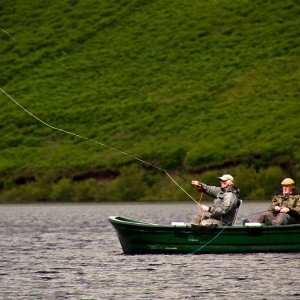 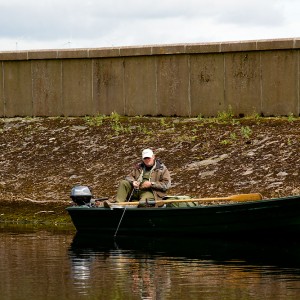 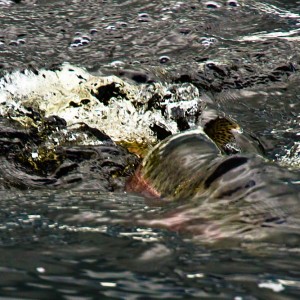 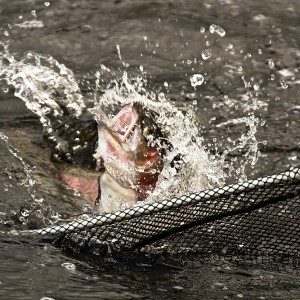 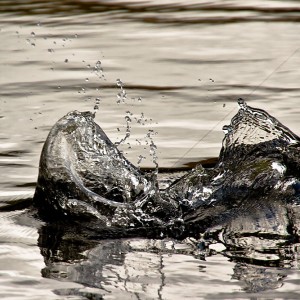 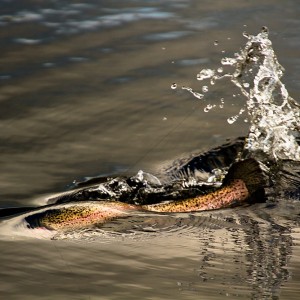 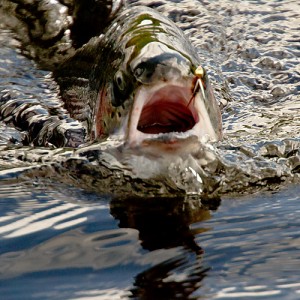 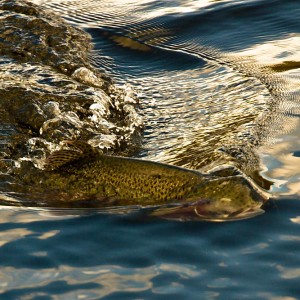 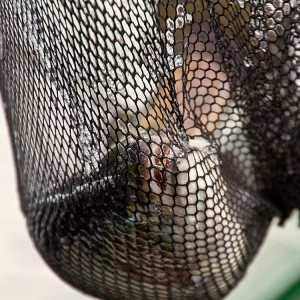 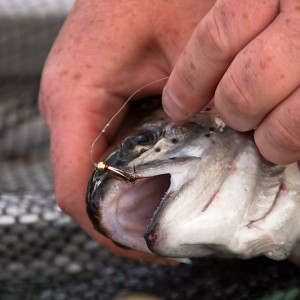