Still enjoying the spell of warm weather.  It was bright, calm at the start, with a welcoming cooling breeze – and even a bit of late cloud – towards the end of the afternoon.  The bright sunshine brought out a collection of natty headgear – Trevor won the prize with his ‘extreme Beau Geste’.

The bailiff reckoned you were as likely to catch fish with a floater or a Hi-D, so Dougie Skedd and I tackled up with Dougie on a DI-7 and 2 boobies, and me on a floating line, 2 Diawl Bachs and a goldhead damsel on the tail to take it down.  We both went for figure-of-eighting our respective rigs.

We made our way up to the dam – it’s a good area most times, and if the fish were liking cooler, deeper water, there should be some lying back from it.  It was an OK shout – we were quite quickly into a 2’s up.  After that Dougie carried on scoring with the boobies while I sat with my thumb up my arse.  Nothing else for it but to rig up the pulling rod with DI-7 and 2 boobies… which I did.  Cue, ‘The Force’!  Not a touch for either of us.  I heard Derek Kilgour behind us saying to another boat – or at least I thought I heard him say – that he was catching with a black Howwood.  Hhhmmm… I went back to the nymphing rod and changed the damsel for a black Howwood.  First cast I was into a fish!  Good shout Derek.  I had a grip of another 2 almost straight after, neither of which stuck.  Then I got broke – my fault for not retying the fly after getting it jammed between stones on the dam wall.

After staring at the dam wall for a couple of hours we flet like a change of scenery, so we headed up the top end, both thinking we might get some dry fly action up there.  I tackled up a 3rd rod (!) on the way up there, with a couple of dries.  On arriving, Dougie threw out his boobies to wind in and change to something more suited for the shallow-end.  He didn’t manage this task because a fish grabbed him before he got them back to the boat.  So, he stayed with it.  And very soon he had another.

Meanwhile, the dries were doing nothing apart from getting an odd look from tiny brownies.  I didn’t want to invoke ‘The Force’ again by picking up the DI-7, so I picked up the nymphing rig and had a go with that.  It worked a treat.  We were probably fishing our flies back at much the same depth and speed – just Dougie with his line low and his flies high, and me with my line high and my flies low… sort of thing.

The fish were tight in the top corner where the burn comes in from Upper Glendevon Res.  We only had about 50 yards of fish-holding water to play with – estuary fishing!  It was probably freshly oxygenated water coming in from the burn that was attracting the fish up that tight.  They were certainly very tousy – a struggle to contend with on the 5-wt rod.  We really pushed our luck – especially having to motor up through the fish to get into position time and time again.  We ought to have outstayed our welcome, but we were still managing a fish a drift, so we stayed with it.

With half an hour of fishing time left, we came back down to have a drift on the north shore opposite the harbour.  I put the dap up – still determined to get a fish on dap on a club outing.  Not last time, and not this time either – maybe next time!

Derek had a good bag of 8 fish… but none had been on the black Howwood it turns out.  Lucky I mis-heard him!  Derek had been on Dis 3, 5 and 7 and ace of spades and orange blob, fishing the north shore.  John Levy, in the boat with Derek had 4 to intermediate and blobs. 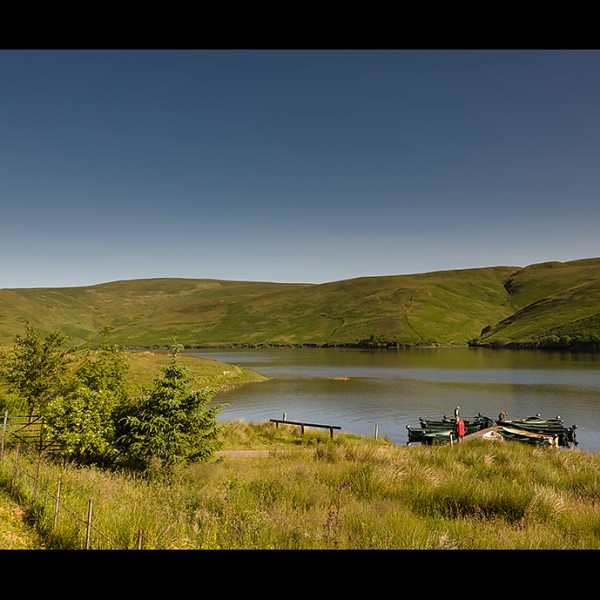 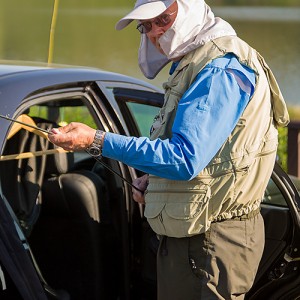 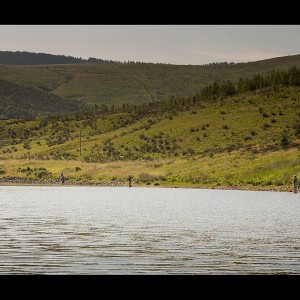 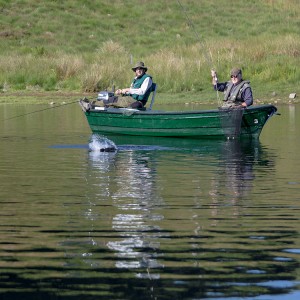 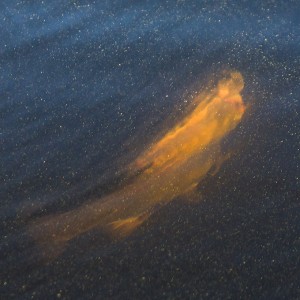 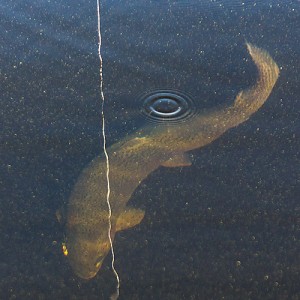 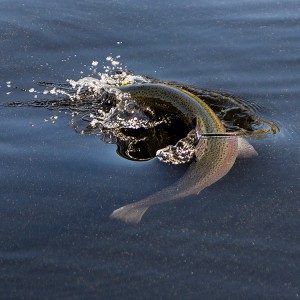 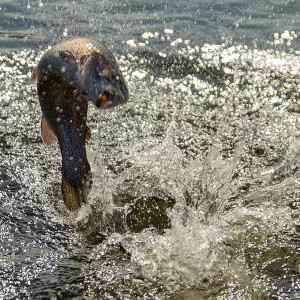 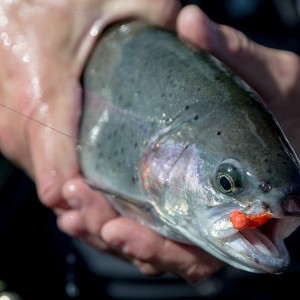 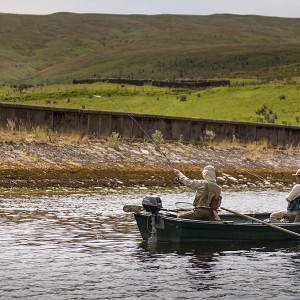 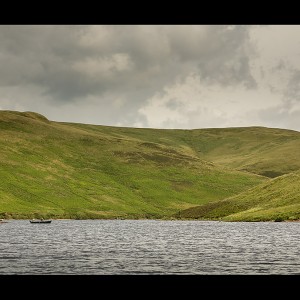