Interesting day.  Warm, but dreich.  Light winds, but swirling and coming from every direction…  Good conditions for surface activity, but little fly life and fewer risers.  A challenge for those wanting to stay on top for the day.

Dougie Skedd and I set out with dries at the start to see if they would do.  We started in the north corner of the dam and both quickly had a fish out the blue, both to hoppers.  Dougie took a second soon after.  However that turned out to be a false dawn, as lots of nothing followed.  It was either go downstairs or look elsewhere.  We decided to look elsewhere, at least in the first instance.  We worked our way up the water, finding very little as we went.  Along the way I re-rigged to 3 deer-hair emergers – half-hog type things on fine fluoro – to give me a hybrid system that I could fish as static dries for a few seconds, then figure-of-eight back, just in the surface.  Dougie had a go with a fast glass.

We got most of the way to the top end.  Remembering that last year on the same outing, the fish were camped in the channel coming down from the upper reservoir, we were keen to have a look there.  However, there was another boat in the spot, and with the water still being way down, there was only room for one at a time.  We took a drift further down, and the figure-of-eighted dries picked up a lumpy stockie.  Nothing else followed, and we were thinking about going back down the water, when the boat that had been in the top corner departed.  Nothing ventured, we went for a look.  The water up there was barely a foot deep, but it was chokka with fish – we could see them bow-waving out of our way as we crept into position as quietly as we could.

Next question was whether they would take our offerings.  It was quickly answered by them doing just that with my emergers.  Dougie changed back to dries and we were both in business.  They were towsy – with several taking nearly the whole fly line out.  Both of us had some static, some figure-of-eighting.  There were even a few rising and a good cover was often rewarded with a take.  We were still catching when the clock ran out on us and we had to head back to the dock for 4:30.
Ed Green was out on his own and fished his loop-wing CDC hoppers to good effect to take 8 fish in the middle section of the water.  Trevor fished buzzers along the north shore to take 7 fish.  John Levy had 4 to a dancer on floating line and slow retrieve in the main basin. A McKenzie and B Kirke had 3 each to what appears from the cards to be CGG and GEC fished drysoden???
Len Newby and Allan Brown had 9 for the boat, to peach muddler on sink-tip and what appears from the card to be ‘jam’ on a floater???
Catch of the day was Jimmy McBride’s 11 fish to blob, Diawl Bach and foam daddy, figure-of-eighted on floater/midge tip all around the shoreline. 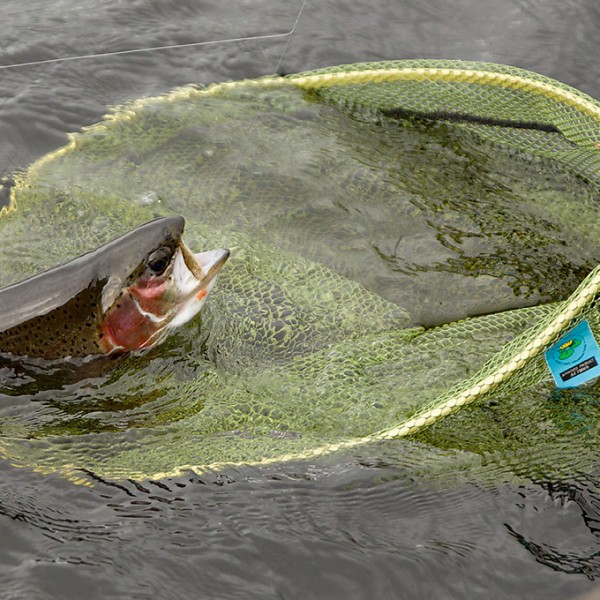 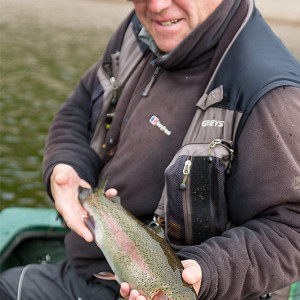 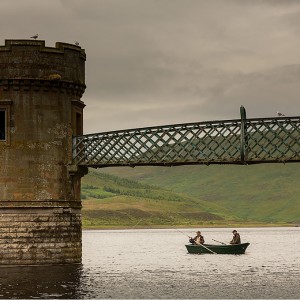 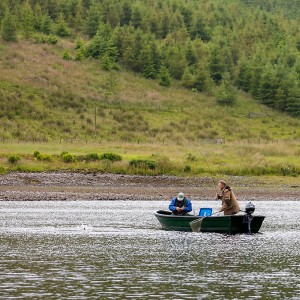 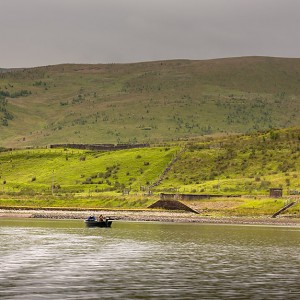 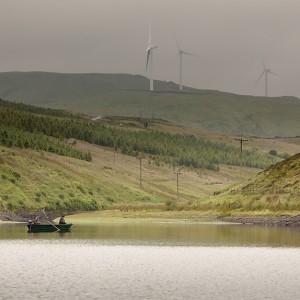 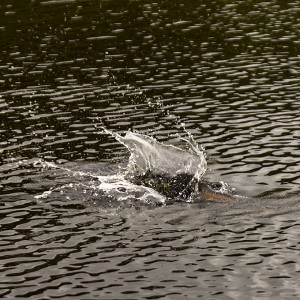 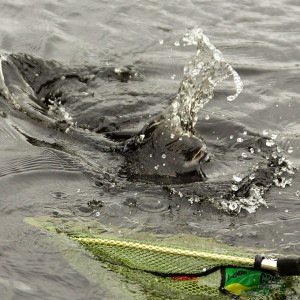 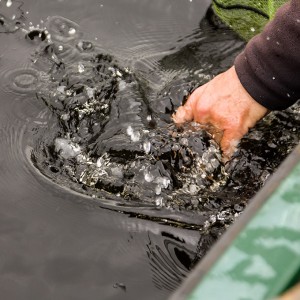 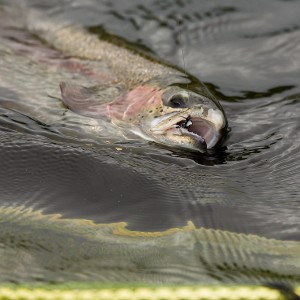