A sudden improvement in the weather gave us a nice calm, sunny day.  However, it came with a price to pay… The breeze was never the same strength or direction for more than 2 minutes.  It kept buggering-up the plans, again and again.  Peter Fionda and I started out in the bay where the burn comes in at the corner.  I was on an intermediate with washing-line type stuff at this point.  It wasn’t doing much.  Neither was Peter’s set-up.  However, we noticed Dougie Skedd, a bit farther up the road shore, was quickly into a fish.  A few minutes later he was into another.  And a few minutes later he was into another.  As he was in hailing distance, a check revealed he was on a DI-7 and Santa’s Beard.  As we were doing nothing, I set up the heavy rod with a DI-7 and a Santa’s beard.  That worked, and I had 2 fish on board in quite quick time.  Dougie added another 2 to his total as well.  Peter hooked a fish, but it came adrift.  And then the wind started its shenanigans.  We couldn’t get any kind of drift to fish the flies properly.

We rather lost our way for a while and mucked about in the same area, when we should have gone looking.  We eventually did go looking, and went up towards the top end.  We came across Dougie again, now on dries, and having had a couple more fish (black Shipman’s) when he came across some keen risers.  Right enough, we were seeing rising fish.  I put up a 3rd rod with dries!  I started to catch the wild brownies, including a decent one, on a pair of half-hogs.  We were seeing a few hawthorn flies, beetles and cowdungs.  There was also an increasing number of aphids coming onto the water.

A drift up to the top end didn’t really do much for us, and we went for the grand tour.  We stopped-in at the back of the causeway, where Peter hooked and lost another fish, on a booby,.  We saw Innes Zenati engaged in a Titanic struggle with a fish at the cliff-face on the south shore.  It must have been a big one, as Trevor stopped fishing and helped him to net it!  We tried going round to the dam area, where we could see Bob Whyte and Derek Kilgour had been concentrating their efforts.  I picked up the Di-7/booby rod to have a go in the deep water, and caught a fish first cast!  that was followed by… nothing… nada… zip… diddly squat!  Peter persevered with a similar set-up and finally landed a fish on an orange booby.

I was now seeing a lot of rising fish, and I had to have a go with the dries.  However, the surface of the water was a carpet of aphids and other insects, with fish picking about in amongst a gazillion items.  I couldn’t get much of a look-in with them.

Dougie Skedd finished with 10, 4 fish ahead of the field, Next best was Innes Zenati, with 6, including a big one – 5 lb 12 oz.  Innes was on a washing line – sink-tip line, booby on the tail and Kate McLaren on the dropper.  Trevor, in the boat with Innes, had 4 to a mix of DI-7 and floater.  Euan Cluness and new member, Allan Frances had 6 to their boat to a variety of flies and methods.  Bob and Derek had 7 to their boat, mostly to a slow/med sink black Howwood. 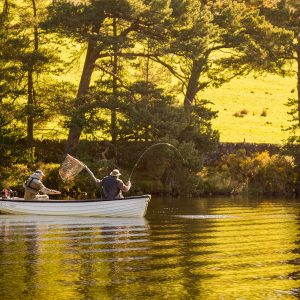 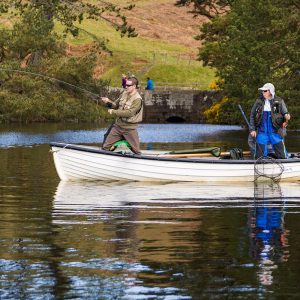 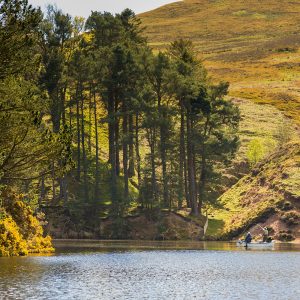 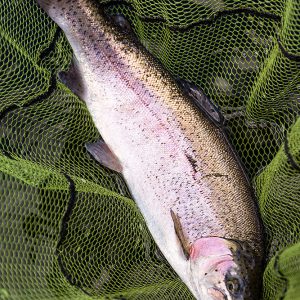 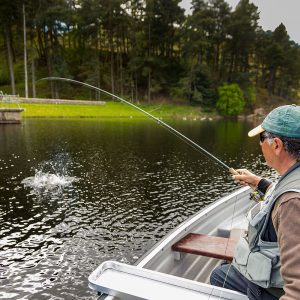 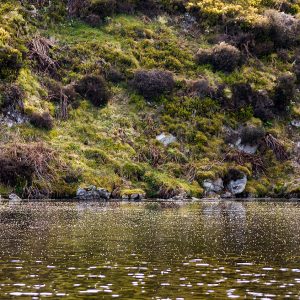