We almost got a good day on Saturday the 30th May – It was dry, bright, but still with the strong, cold, blustery wind blowing from the North West. The water temperature was 9.5°C and the air was the same, never the best for fishing near the top of the water. Allan Brown and I were fishing together, Allan with an intermediate line and three black wets.  I had a midge tip and two flies, an orange sparkler on the top and a size 12 hare’s ear damsel type thing on the point. We had decided to start at the west end and headed there only to find that Colin and John Levy had beaten us to the top of the loch. Allan and I set the drogue and started about half way down and after a long time Allan had a pull but no hook up.  I did not even get that, so on we drifted. As we drifted along the north shore I hooked, and lost, a brown trout that I claimed was about two foot long.  Allan said it was less than that but we finally agreed that it was only eighteen inches short of two feet. We then drifted this shore until after eleven o’clock.  We had a few knocks and one or two fish were seen to follow our flies up, but they did not attempt to take.  I did hook a good rainbow and when playing it the beast darted under the boat and was heading for the drogue, putting far too much strain on it – ping it was gone.  I did, however, land two. Allan at this time had one and we decided to stop, have lunch and blether. After lunch, we decided on the west end of the loch again but we had the same result as the first time, so it was back to the north shore.  Allan had a fish on, but it jumped a few times and was gone. I got a further two rainbows.

This is when the rot set in for me. As we turned round the point and into the wee bay opposite the boat dock, we saw a few rising rainbows, and as I cast to one of these rises my rod just fell apart.  It had snapped close to the top of the second section. As it was after three, I just packed everything away and ghillied Allan for the rest of the day. Allan was keen for me to return to the dock and get his spare rod from the car. However, I could not understand how a rod could break at such a thick section and decided not to risk the possibility of snapping Allan’s spare rod. Later, when thinking about it, I remembered that about three weeks ago I had placed the rod between the mirror and door of the car whilst tying on my flies. Then I shut the tailgate and locked the car, the mirror folded in and kinked the rod just at the spot where it broke. Let that be a lesson to you – switch off the folding mirrors when using the mirror as a rod rest! Even having broken my rod and having to stop at the back of three, I still had a good day fishing with Allan; he is good company, but don’t tell him I said so – and he got a second fish in the wee bay on the north shore.

As I said, Allan and I had a good day, in fact every member had fish. Like every outing some had more than others – Dougie Skedd, fishing at the dam, used a DI -7 with a minkie on the point and a clan chief and a purple dabbler above it. He landed sixteen fish: quite an achievement given the conditions. He did say he was pulling rather quickly.

The club landed sixty-six fish, thirty-six of which were taken for the pot and these weighed 73 pounds 13 ounces. A rod average of 4.91, not bad considering the conditions.

Our next outing is to Coldingham for an evening session, and the weather is going to be warmer, says the forecast. Air at 15oC but still a wind speed of 15 mph. However, it may be from the south west. Dries just might work! 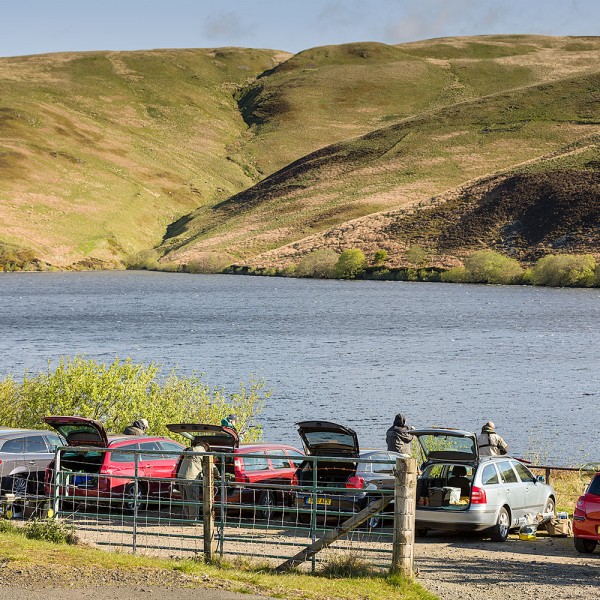 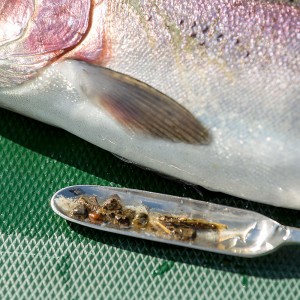 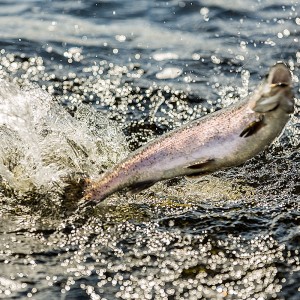 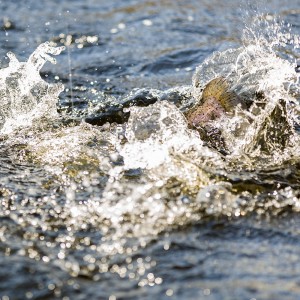 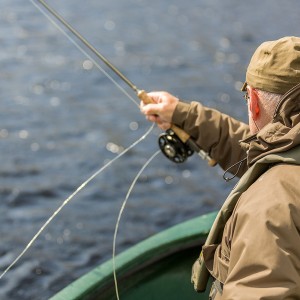 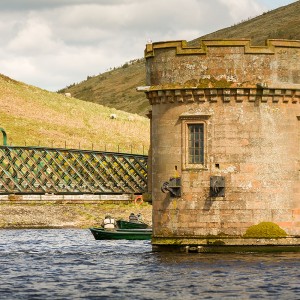 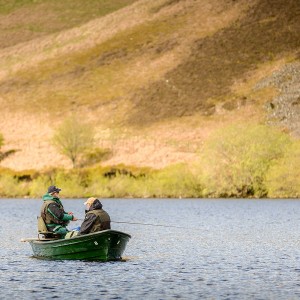 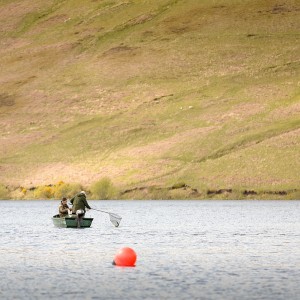